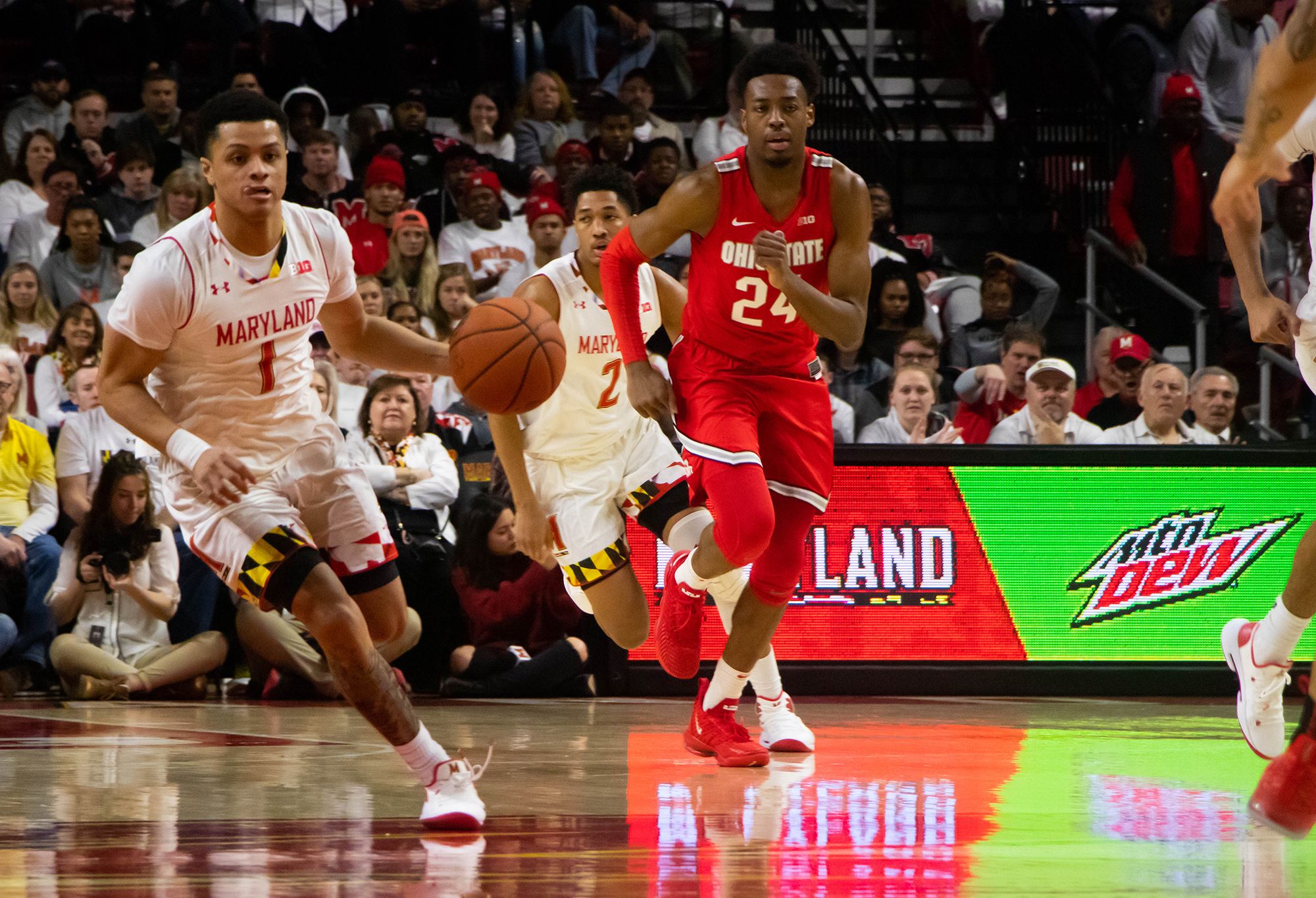 Anthony Cowan will return to Maryland men’s basketball for his senior season, the guard announced Wednesday in a video on Twitter.

Cowan didn’t receive an invite to the G-League Combine in early May, nor did he get the chance to attend the NBA Combine in mid-May, significantly diminishing his chances to be selected. The 6-foot guard participated in a workout with the Sacramento Kings just hours before the Wednesday deadline to decide whether to remain in the draft or return to school.

The second-team All-Big Ten selection will have received feedback from workouts to take with him into his final year in College Park. When he declared for the draft in April, the former four-star prospect out of St. John’s College High School appeared destined to return for his senior campaign, once again leading an otherwise inexperienced roster.

“As I enter my final year of eligibility,” Cowan said in a statement April 15, “I feel it’s important to receive an evaluation of my game from professional teams to best prepare myself for life after college.”

Cowan has been a centerpiece for the Terps since joining in 2016, and will once more be a key contributor — this time, with a team flirting with a top-10 preseason ranking. He’s started all 99 games of his career, averaging 33.5 minutes per game.

In 2018-19, Cowan led Maryland with 15.6 points and over four assists per contest. He suffered from offensive inefficiencies at times during the season, including a stretch between Jan. 21 and Feb. 16 where Cowan averaged 10.1 points on 31.9 percent shooting.

He reached at least 15 points — including a team-high 21 points against Minnesota on March 8 — in four of the final five regular-season outings, though. And the Bowie native nailed three 3-pointers in the Terps’ Big Ten tournament-opening loss to Nebraska, entering the NCAA tournament on a high note.

Still, he shot 24 percent in Maryland’s two March Madness games. And in the latter one — a two-point loss to LSU — Cowan went scoreless the final eight minutes of play, although he dished three assists during the stretch.

“It’s obvious: I have to play well [for us] to win,” Cowan said after dispatching the Golden Gophers in early March. “I completely understand that. It’s no extra pressure on me. I just know what I’m capable of.”

With Cowan returning, he and guard Eric Ayala stabilize the Terps’ backcourt, while questions surround coach Mark Turgeon’s frontcourt after forward Bruno Fernando’s decision to remain in the NBA Draft. However, forward Jalen Smith looks to make a similar sophomore jump as Fernando did.

It’s a solid core with more depth than years past, especially in the frontcourt. And Cowan will undoubtedly be the leader of the group.

“Anthony’s a heck of a player,” Turgeon said after the guard sank a season-high five triples against Iowa on Feb. 19. “He gets scrutinized so much, because he’s our only upperclassmen really that’s playing. But I thought he was terrific.”