Go ‘wild’ with Bear Grylls on this new interactive adventure 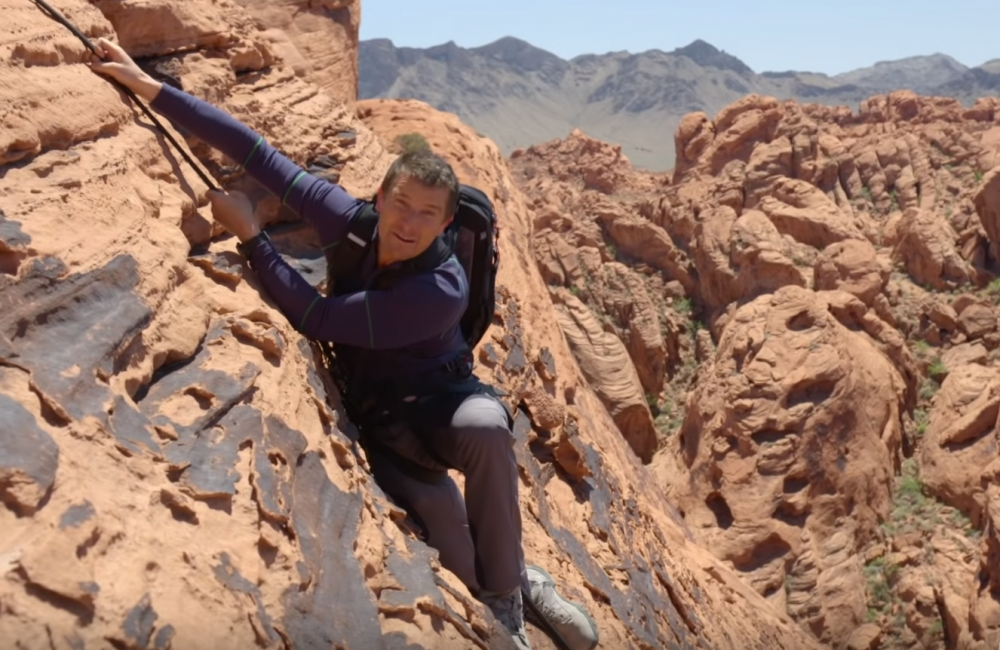 Bear Grylls in You vs. Wild (Photo via YouTube.)

Similar to the heart-wrenching quips of RuPaul — ‘sashay away’ — or Jeff Probst, — ‘the tribe has spoken’ — there’s nothing you want to hear less when watching Bear Grylls’ new show, You vs. Wild than for him to tell you that ‘this mission is over.’

In his new interactive Netflix series, viewers finds themselves making decisions for Grylls, as he traverses hostile environments around the globe.

Through this show, the viewer is given the opportunity to pursue adventures they may never have the chance to. Although it’s fairly similar to anything you’d find on the Discovery Channel, the ability to choose Grylls’ actions gives viewers the illusion they’re with him.

As with any interactive show, the best way to watch You v. Wild is with your friends. The energy of people debating over which option to select compounds on the charisma Grylls brings to the screen. You learn important things about your peers when they choose whether to make Bear eat a wild mushroom — for example, not to trust them if they do.

Grylls, with his endearing British accent, charming personality and everlasting strength, is the most intriguing aspect of the show. He makes even the dullest parts of his experiences lively to viewers by narrating his every action with pure enthusiasm. And even when he’s picking apart bear poop to eat the undigested food within, you can’t help but want to grab (actual, non-feces) dinner with him sometime.

Despite the illusion of adventure and interactiveness, it’s painfully obvious how staged some missions are. When Bear is hiking through the Swiss Alps to rescue a Saint Bernard that’s supposedly been missing for days, you know immediately the dog was never in danger when it appears cleaner and fluffier than ever upon rescue. Other instances of this problem pop up occasionally, but ignoring them becomes easier with time.

And yet somehow, Bear is able to teach you some life lessons through his show. Yeah, he’s pretty helpful with those survival tips too, — like ‘always disassemble a trap you make before abandoning it’ or ‘leave water in a clear bottle so the sun’s UV rays can kill any bacteria in it.’ So whenever there’s an instance when the mission is canceled and you have to go back and make a new choice, you still feel like you learned something valuable.

In one episode, Bear tells the viewer, “So much of survival, actually, is just being willing to take a risk and also to fail a bit.”

And while I never thought I would want a Bear Grylls quote stitched onto a pillow, now I do.