Mike Gravel shouldn’t be president, but Democrats should learn from his platform 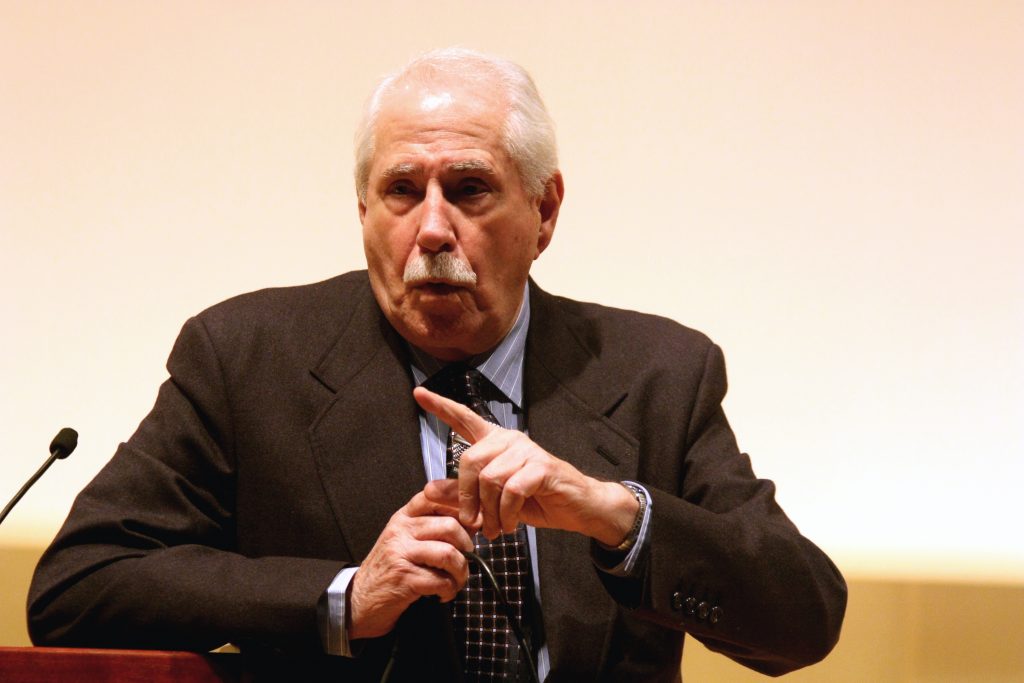 If you’re generally aware of current events, you probably know that big names such as former Vice President Joe Biden, Sen. Bernie Sanders and Sen. Kamala Harris are running for president. If you closely follow politics, you might even know more obscure candidates such as former Housing and Urban Development Secretary Julián Castro or the University of Maryland’s own Rep. Eric Swalwell.

But chances are you’ve never heard of former Sen. Mike Gravel, who is, in fact, in the race for the Democratic presidential nomination.

As a senator from Alaska during the Vietnam War, Gravel became famous by reading the Pentagon Papers on the floor of the Senate, putting them into the Congressional Record. This was an incredibly significant act — the Pentagon Papers chronicled widespread wrongdoing in Vietnam by the U.S. government, which was shielding the reports from the public. Because of this, Gravel’s role in the anti-war movement can’t be diminished.

At 88, Gravel is 11 years older than the next oldest candidate, Sanders, who would already be the oldest president ever elected. And his age is just the tip of the iceberg. He was recruited to run by 17-year-old David Oks, who’s now his campaign manager, and Henry Williams, a college freshman. The pair help to run his fiery Twitter account, which he evidently exercises no supervision over and has almost no knowledge of. In one interview, after being read one of the tweets on his account, he responded, “Well, I think I better call them on that.”

What’s more, Gravel had openly stated that he has no intention of becoming president. But on April 29, via a tweet accompanied by a crudely edited GIF, his campaign announced that Gravel is indeed running to win — not just get to the debate and shake things up, as previously planned.

Perhaps nothing better sums up the bizarreness of Gravel’s presidential campaigns than his now-famous 2008 campaign ad, titled “Rock.” For a full minute, he stares straight into the camera. Shortly after the one-minute mark, he walks away, picks up a rock and hurls it into a pond, while the camera keeps rolling for another minute as he walks out of frame. And that’s it. To put it briefly, it’s nuts.

But maybe what’s craziest about Gravel is beneath the spectacle, a lot of what he says is actually right. Weirder yet, he has put forward a clearer and bolder anti-war platform than any of the major candidates.

Gravel has rightly called out U.S. foreign policy for often failing to uphold standards of international justice, specifically American involvement in countries such as Nicaragua and Iraq. He has also decried the backlash to his criticisms of the “military establishment” while making the case against a militaristic culture and the military-industrial complex.

He is advocating for reduction of the military budget by half, eliminating aid to Saudi Arabia, closing Guantanamo Bay and ending the practice of drone strikes, to name a few. His platform also promises not to invade any foreign countries without a first strike by said country, and it includes support for whistleblowers such as Chelsea Manning and Edward Snowden, who have exposed governmental overreach and wrongdoing.

With virtually no chance of winning the nomination anyway, Gravel is under no pressure to adopt a less disruptive approach to foreign policy. Even Sanders, whose 2016 campaign was highly influential in pushing the Democratic Party left, went so far as to leave foreign policy off his website entirely for the initial five months of his campaign. To be fair, Sanders has embraced a more active role in the foreign policy debate in the current race, but Gravel is more direct in both his critiques of current U.S. foreign policy and his proposals to improve it.

This is by no means an endorsement of Gravel. Despite some genuinely good ideas, his strange public persona isn’t entirely misleading: He has some downright terrible ideas and has exercised poor judgment, bordering on malice, in the past. He believes that 9/11 was an inside job and has been associated with anti-Semitic conspiracy theorists.

But that’s exactly the point. It shouldn’t take an 88-year-old rock-throwing 9/11-truther to speak truth to power when it comes to foreign policy and put forth a decidedly anti-war platform. In Gravel’s own words, “Our leadership is certifiably insane, and we’re all trapped in this situation.”

This is a lofty accusation for a politician whose campaign manager may have to take time off school to run his presidential campaign. Yet until our politics change to reflect a clear commitment to peace and democracy abroad, it’s hard not to see where he’s coming from.