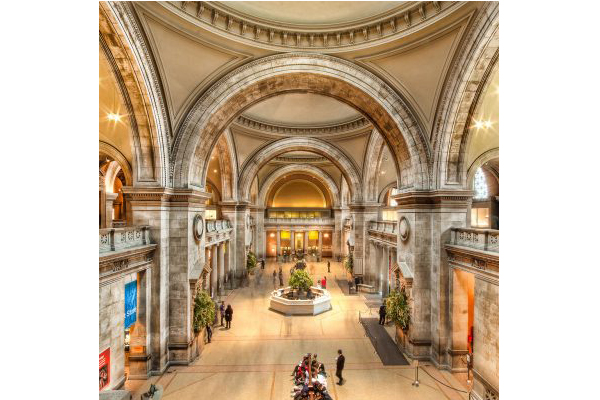 The Met Gala is an iconic night in the fashion industry. It takes place on the first Monday of every May, and acts as a fundraiser for the Costume Institute at the Metropolitan Museum of Art.

It’s a star-studded event that often boasts the likes of Beyoncé, the Kardashian-Jenner family, Rihanna and Anna Wintour as attendees. Guests gather annually to celebrate the Costume Institute by wearing high-fashion and haute couture pieces that go along with the theme of the new exhibit.

Last year’s theme was “Heavenly Bodies: Fashion and the Catholic Imagination.” You may remember when Zendaya wore that Atelier Versace metal gown serving us Joan of Arc — but chic — or Rihanna’s unforgettable jewel and pearl-encrusted pope-inspired robe and headpiece ensemble by Maison Margiela.

[Read more: Review: The Faim has the stage presence and raw talent to make it big]

This year’s theme is “Camp: Notes on Fashion” — and much like the editor in chief of Fashionista.com, Alyssa Vingan Klein, I am very concerned about what we might see at this year’s gala.

We’re only six days out from the Met Gala and I’d confidently wager that less than half of the people invited (or their assistants) have bothered to Google what “camp” means yet.

The theme is based on Susan Sontag’s 1964 essay, “Notes on ‘Camp’” in which she describes the genre of style as a “variant of sophistication but hardly identical with it.” She goes on to explain that camp is unique for its “love of the unnatural: of artifice and exaggeration.”

Simply put, it is a genre of art that pushes the envelope on what is taken seriously and makes it look artificial, flamboyant and extraordinarily fabulous. It’s art that looks so bad that it’s actually beautiful.

Sontag’s essay explains the minutiae of camp, and what it’s not. But one of the most notable distinctions between camp and other art styles is its roots in raw passion. Without this trait, you’ll have what Sontag calls “pseudo-camp” — the result of trying too hard, which is ultimately boring.

Some notable examples of camp-inspired fashion include Rei Kawakubo for Comme des Garçons (which also happened to be the theme for the 2017 Met Gala), vintage Thierry Mugler and Virgil Abloh for Louis Vuitton menswear and Off-White.

[Read more: Review: The second half of Marina’s new album is as equally strong as the first]

Camp art is far from a new trend. In fact, it has been prevalent in our culture for ages. Historical influences of camp include Josephine Baker who, through her famous banana skirt and dance, challenged the harmful stereotypes of black women in 1926 by exaggerating them and turning a very serious issue into something remarkable.

Another historical camp icon is Prince. The purple-clad pop star embodied the androgynous aesthetic — an image that Sontag calls one of the greatest examples of camp sensibility. In doing so, Prince challenged the notions of hypermasculinity that were prevalent in the black community then and now.

Current style icons who typically embody camp — and are therefore expected to steal the show on Monday night — include Lady Gaga, Solange, Rihanna (of course), Janelle Monáe and Nicki Minaj.

Honestly, I’m expecting the same five people who are normally consistent with the theme to do camp justice — it’s sad, but it’s the truth. I do hope, at some point, that the Met Gala organizers will stop inviting those who come dressed as farmer’s daughters (re: Selena Gomez). It’s only fair considering this is a great opportunity to expose people to non-conventional styles and inspire an appreciation for the art.