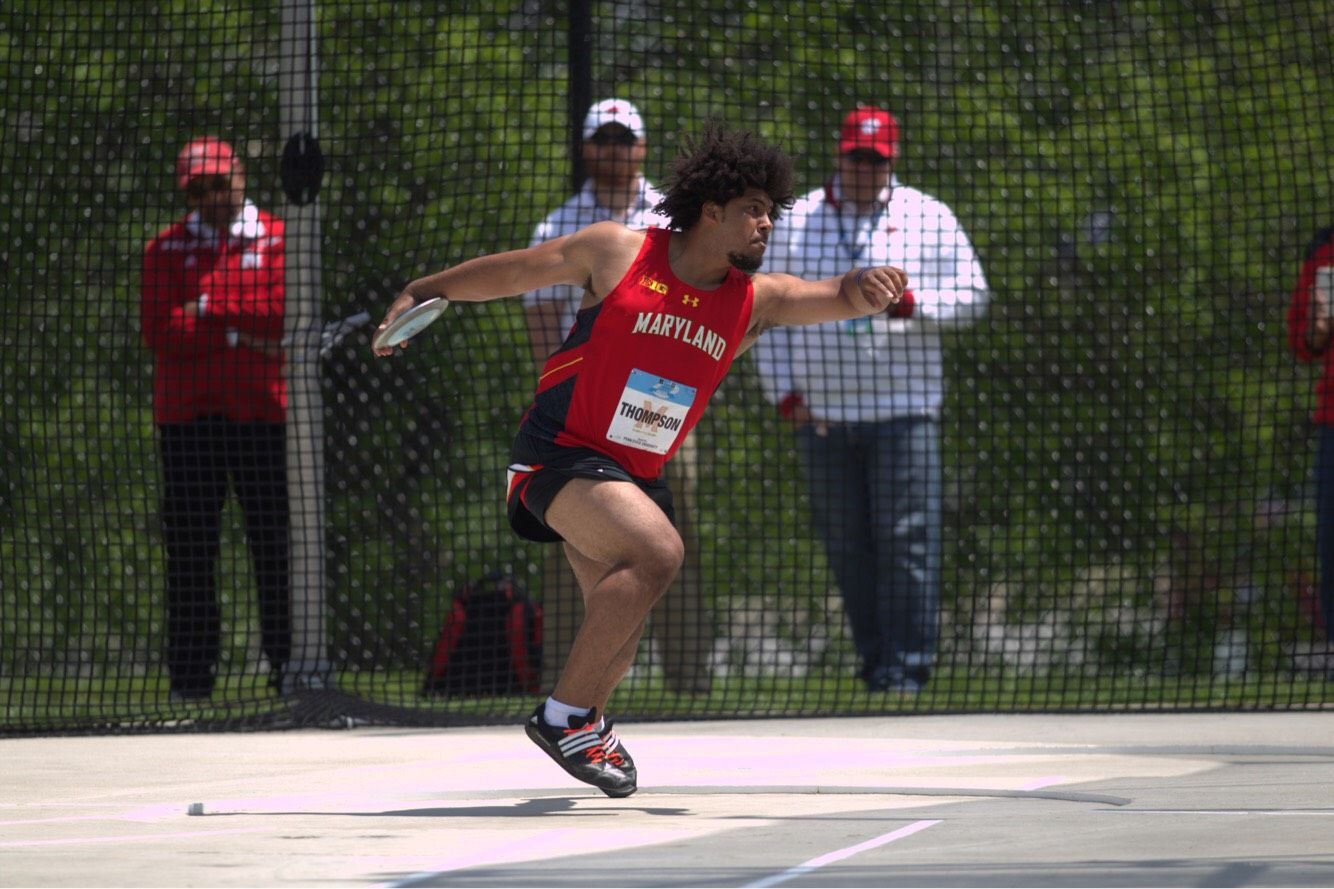 After sending a school-record six athletes to last year’s NCAA Championships, the Maryland track and field team is poised to continue its rapid development in 2019.

Already having broken 10 school records in both indoor and outdoor competitions — including Greg Thompson’s new discus mark last weekend — the Terps are preparing to conclude a strong regular season at the Kehoe Twilight Meet in College Park.

An impressive performance on Friday can propel Maryland into another postseason with high expectations, building off its promising 2018 campaign.

“On Senior Night, the most important thing for me personally is to have our 18 seniors have the opportunity to compete one final time at home,” coach Andrew Valmon said. “But also, what’s very important is to set up for the travel to Big Ten’s in Iowa so we can continue this record-setting pace.”

Thompson has been one of the brightest spots of an all-around ascending team. He shattered his previous-best discus heave of 61.39 meters with a 65.56-meter throw at the Penn Relays last week.

As Thompson readies himself for a deep NCAA championship run, he believes his team is ready to exceed last season’s benchmark.

“At the end of day, we’ve all bought into this 1-percent mentality,” Thompson said. “Can you be 1 percent better today than you were the day before? And if you’ve done that in one form or fashion, you’ve been a success and a contributor to the team.”

Thompson’s not the only Maryland athlete rewriting program history this season.

Junior sprinter Kameron Jones has been an indomitable member of the track team and owns two school records in the 300- and 600-meter dashes. Jones also owned the school record for the 400-meter sprint but was eclipsed this year by freshman Dashawn Morris, who ran it in 46.91 seconds.

The Terps’ men’s 4X400 relay squad of Aaron Robinson, Morris, Hazem Miawad and Jones broke the school record at the Pepsi Florida Relays with a 3:06.61 time, only to break it again less than a month later with a blazing time of 3:06.51.

The women’s 4X400 team put themselves in storied company as well.

“They believe,” Valmon said of his relay teams. “I feel like I have the right pieces who understand how to work together as a team.”

At the Bucknell Bison Classic in mid-April, Alexandra Lucki raced her way into the Maryland record books with a 16:20.01 time in the 5000-meter race. She broke Carolyn Forde’s 32-year record.

Valmon’s squad has outperformed even its own lofty expectations. And with just one meet left before the Big Ten Championships, he’s hoping to see more records set and more momentum built.

Thompson knows his team is on the rise, and wants everyone to know it, too.