For the first time in its history, Maryland’s House Speaker won’t be a white man 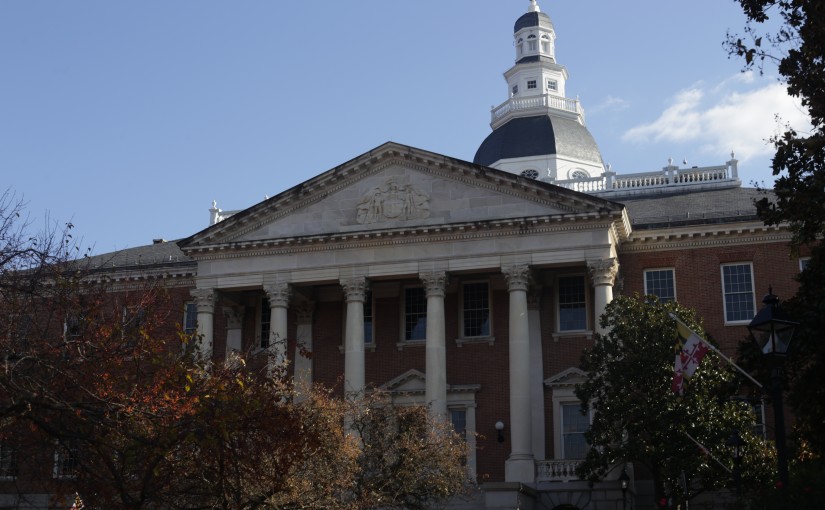 Three weeks after the end of the legislative session, Maryland legislators are coming back to the House of Delegates to elect the next speaker.

Following the death of former speaker Michael Busch (D-Anne Arundel), Gov. Larry Hogan called a special legislative session for Wednesday to elect a new speaker for the first time since 2003. Either frontrunner — Del. Dereck Davis (D-Prince George’s County) or Del. Maggie McIntosh (D-Baltimore City) — would be historical if chosen; the position’s only ever been held by white men.

“This says that the General Assembly is no longer a white man’s club,” said John Riva, political director for the University of Maryland’s College Democrats. “It’s becoming more representative of how diverse and open Maryland is.”

While the speaker is officially the person in charge of procedural rulings and debate moderating, they are also seen as the representative of the legislative body as a whole. The vote is set to be held at noon on Wednesday during the special legislative session.

Davis received the support of the Legislative Black Caucus on Monday in a closed-door vote, according to The Baltimore Sun. House Speaker Pro Tem Adrienne Jones (D-Baltimore County) had announced her candidacy for the speakership, but withdrew and decided to endorse Davis in the hope of guaranteeing a member of the Black Caucus wins the election.

Davis has also received some support from the Republican Caucus, whose members hope he’ll reach across the aisle in the future. House Minority Leader Nic Kipke (R-Anne Arundel) said Republicans will vote in a bloc in hopes of electing a speaker who will work with them the best.

“As a Republican in Maryland, I hope whoever is elected the new speaker will be as friendly toward Republicans as Busch was,” said Ben Colebrook, this university’s College Republican president. “It seems to be that Davis would be more willing to work with Republicans.”

Colebrook said he hoped the new speaker would focus on what he saw as the “biggest issues facing Marylanders,” such as the health of the Chesapeake Bay, the opioid epidemic and crime in Baltimore City.

Still, neither College Democrats nor College Republicans have endorsed either candidate for speaker.

McIntosh believes she has received the support of the majority of the Democratic Caucus in the House, and she is commonly viewed as a more progressive candidate than Davis.

Some members of the Black Caucus have publicly said they plan to vote for McIntosh after caucus chairman, Del. Darryl Barnes (D-Prince George’s), allegedly made homophobic comments about her.

Del. Regina Boyce (D-Baltimore City) accused Barnes of warning other delegates about “let[ting] a white lesbian be the speaker of the house” if they were to support McIntosh, the Sun reported. Afterward, Boyce quit the caucus.

“We shouldn’t have that kind of discussion used as a threat in our caucus today,” McIntosh told the Sun. “We should be long past this.”

Democratic opinion is largely divided over which candidate to support. Seventy-one votes are needed to win the speakership, and while Democrats control the house with 98 seats, the 42 seats controlled by Republicans could decide the vote if the Democrats remain divided.

“The whole thing is a tricky situation,” Riva said. “It’s hard for our organization to pick them apart. Whoever ends up being the speaker, we hope they can bring about unity.”