After blowing leads vs. Rutgers, Maryland softball wants to work on closing out games 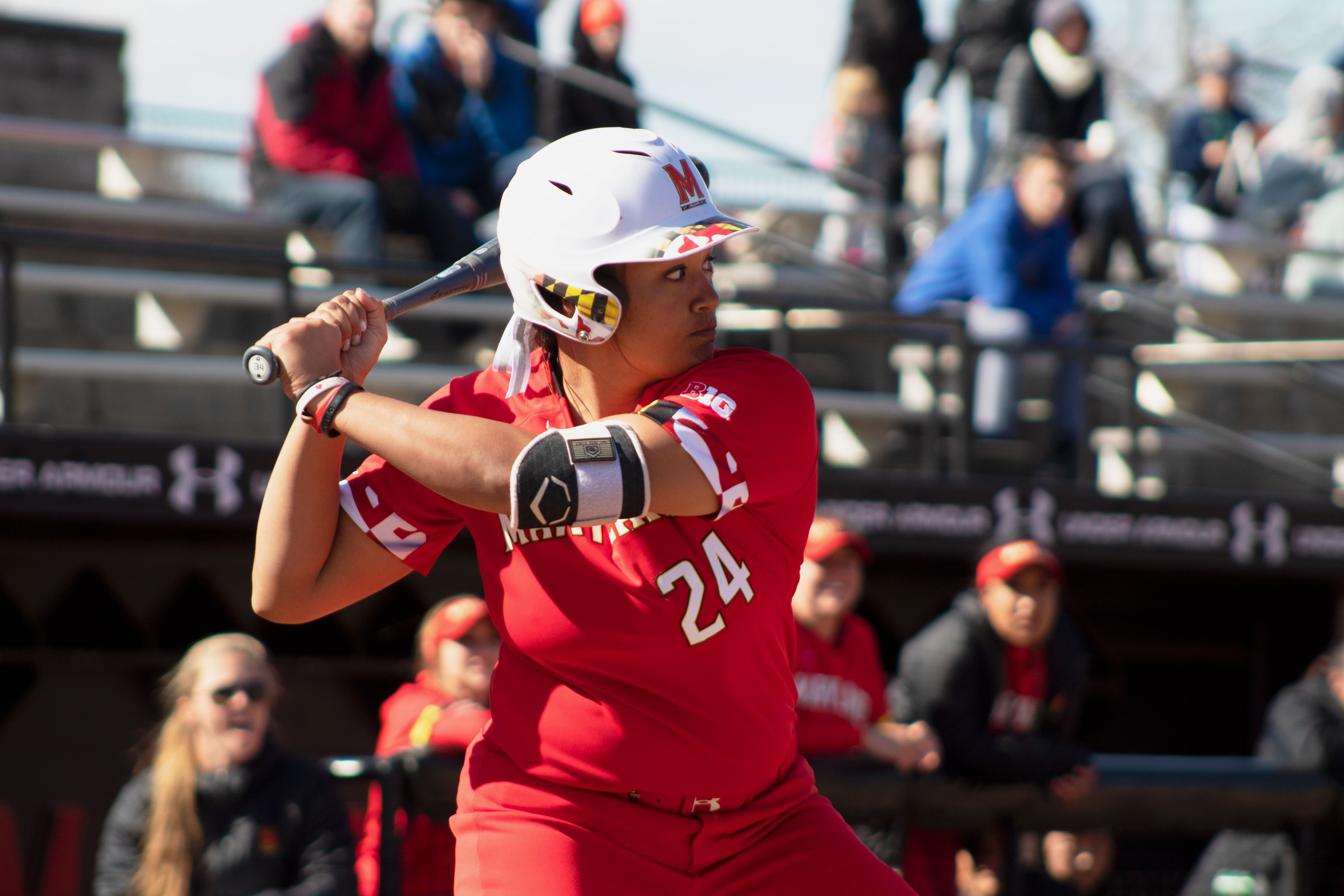 After Sammie Stefan hit a grand slam in the fifth inning Tuesday to put Maryland softball up 6-0, it looked like the Terps had all but ensured a win over Rutgers.

On top of a commanding lead, pitcher Victoria Galvan hadn’t allowed a hit through four innings.

But when Scarlet Knights third baseman Myah Moy hit a single to center field with two outs in the bottom half, the Terps’ vulnerabilities began to flare. Moy’s hit led to a three-run rally in the fifth, followed by another three runs in the sixth to send the game to extra innings.

Stefan’s long ball proved to be inconsequential. The Terps mustered just one more hit that game, while a walkoff home run from catcher Katie Wingert secured a doubleheader sweep for the Scarlet Knights. The defeat embodied Maryland’s struggles to close out games — a problem the team knows it needs to fix with only two conference series remaining.

“That’s not the way we want our games to go, working so hard throughout a game and then giving it up,” coach Julie Wright said. “This team’s trying really hard, we just really have to find ways to close it.”

In the Terps 4-1 loss earlier that day, starter Sydney Golden threw four hitless innings to open the game. Maryland’s offense plated just one run off a Rutgers error but had a lead nonetheless.

Golden’s hopes for a perfect game died in the fifth inning, when the Scarlet Knights scored an RBI single to tie the game. And after Sami Main entered in relief in the top of the sixth, Maryland’s lead completely evaporated.

“Obviously it’s frustrating, but we’ve put together some pretty good games,” Stefan said. “With the good hitting we had in the second game and the good pitching we had throughout the day, we can carry that to this weekend against Nebraska.”

Inconsistent pitching has plagued the Terps throughout this season, but in game one Saturday, Maryland’s offense couldn’t capitalize off Golden’s strong start in the circle, generating only five hits. Increased production at the plate in game two led to 11 hits. But walks, passed balls and wild pitches late in the game contributed to Maryland’s demise.

[Read more: Maryland softball rebounded from an error-laden Saturday to salvage a game vs. Penn State]

Usually Maryland’s calling card is its offense, batting .297 on the season, which has often saved the team from poor pitching and fielding.

“I know they can put up runs,” Golden said. “Going forward, I’m confident that they can hit off anybody that we face. … As a [pitching] staff we need to back them up more, but as soon as those two pieces come together, we’re going to be unstoppable.”

With five losses in the past six games, Maryland is searching for answers and hoping to avoid a repeat of last season’s nine-game losing streak to close out the regular season. Facing fellow Big Ten bottomfeeder Nebraska on Friday, the team will have a chance to break out of the slump.

Since getting swept by Minnesota the March 22 weekend, the Terps have managed to take games off Ohio State, Michigan State, Indiana and Penn State. Still, the Rutgers losses leave Maryland without a conference series win and in desperate need of a complete performance from the first pitch to the last.

“I’d really like to see us clutch up in certain situations, like when we have the lead, holding onto that as much as possible,” Stefan said, “and just make sure that we put a good ball game together.”