Big Pharma needs to be better regulated. This Maryland bill would be a good start. 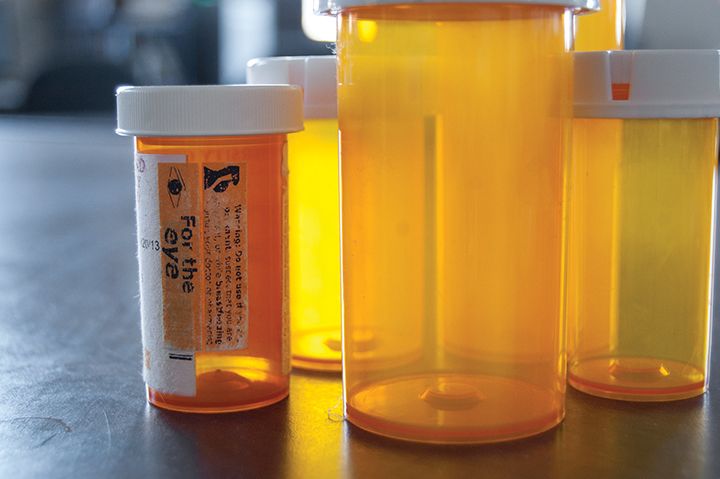 With the cost of prescription drug continuing to increase, many state politicians are supporting legislation to create a board that would have the ability to monitor and set drug prices. (Rachel George/The Diamondback)

Over the past few years, it’s felt as if a new scandal has hit the news every few months about another big pharmaceutical company overcharging consumers. Unfortunately, the amount of lobbying these companies do seems to erase these scandals from the minds of lawmakers all too often.

Maryland has a chance to reject this cycle with a bill to create a prescription drug affordability board, currently awaiting Gov. Larry Hogan’s signature. A board to impose sanctions on pharmaceutical companies that exploit customers could be revolutionary for those struggling to pay medical bills, and other states should follow suit.

The high prices of drugs is no small issue for many citizens. In 2015, it was widely publicized that the cost of EpiPens — emergency allergy medication, patented by a company called Mylan — rose by 500 percent in approximately 10 years, bringing the price of each dose to more than $600. Recently, the high prices of insulin sold by companies such as Sanofi and Novo Nordisk have also made headlines, with some patients even dying after attempting to ration the life-saving drug. Many prisons across the country can’t afford to treat prisoners for curable diseases such as Hepatitis C, leaving them no choice but live with the disease, and risk chronic infection or liver disease later in life.

Effects of high drug prices reach beyond the medical realm. Medical debt is the leading cause of bankruptcy for U.S. citizens. It’s put a similar burden on federal spending. The cost of prescription drugs primarily caused the U.S. to spend roughly twice as much on health care than comparably wealthy countries in 2016. If trends continue, this will lead to health care making up 50 percent of gross domestic product by 2082. These numbers are alarming: that’s why Maryland’s proposed affordability board could be so important.

Critics of the board, specifically pharmaceutical lobbyists, warn that controlling drug prices might result in shortages if companies refuse to sell the drug in Maryland. but refusal would no doubt backfire on the industry — unleashing torrents of (justifiably) negative press for any company that dared to deny Marylanders health care.

This might seem like a dangerous gamble to make, and it is. It’s also why other states need to join Maryland in this initiative. As more states stand up to the industry and demand lower prices through regulation, drug companies will be forced to sell at more reasonable rates. Eventually, all states should come to have an affordability board to avoid companies hiking prices.

Others claim the extra money these companies raise on exorbitant drug prices goes toward research for new medications. While companies spend money on research, they spend more on self-serving projects like share buybacks and often rely on taxpayer funding for much of their research costs. But even if pharmaceutical companies’ research budgets were to be affected by initiatives like Maryland’s, sick Americans shouldn’t have to foot the bill alone for research. Citizens deserve the right to affordable health care, and it’s good that Maryland finally began to realize this.

The proposed affordability board isn’t perfect. If it is implemented as planned in 2022, the board’s rulings will only affect state and local government employees. As the board develops in the future, hopefully the newly affordable drug prices will extend to the full population. If other states joined Maryland in these initiatives, this would be a more feasible; as the fear of backlash from the pharmaceutical industry decreases, states will be bolder in extending privileges.

Marylanders — and U.S. citizens in general — deserve affordable medication and shouldn’t have to pay extortionate prices for the right to live healthy lives. The drug affordability board is an important development in the fight for reasonable drug prices, but we need other states’ support and a more far-reaching plan to bring down drug prices for all.