Ten DMV rappers who have the potential to make it big 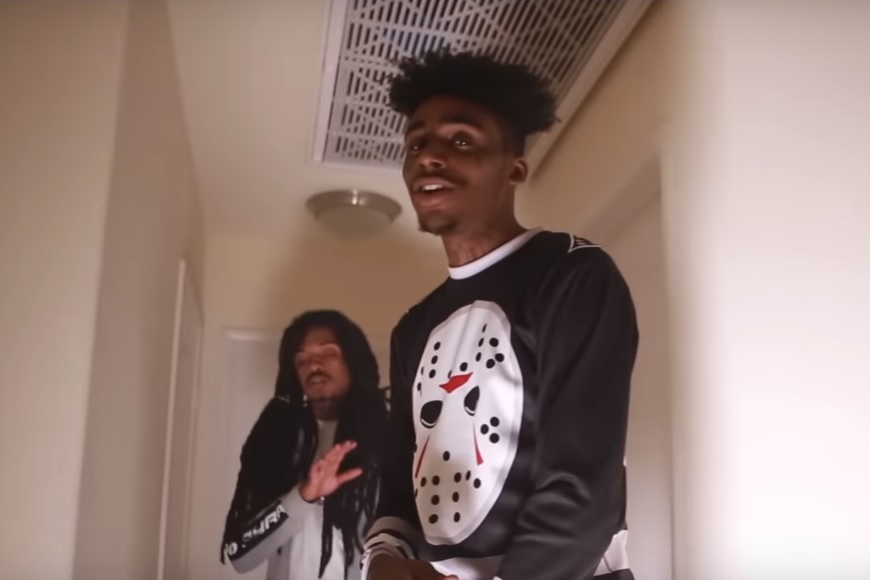 I don’t like predicting what the future of music holds, mostly because I’m really bad at it. But we’re past the point of speculating now — there’s a whole new wave of rap coming out of the DMV, and it’s not going anywhere, so you might as well start listening.

At the forefront of the DMV rap scene are YungManny and XanMan. I’ll let the Maryland natives’ bars speak for themselves.

“10 shawties with me, minus seven, that’s three/ Oooh, spray, fresh, Febreeze/ I shoot like a picture, cheese/ Shoutout my brother, hey Leek,” YungManny raps on his breakout song, “Moana.”

You can choose any four of their bars and they’ll be just as ridiculously over-the-top and fun. On “Heard Cuz Was Hot,” XanMan spits, “Bag up the work, put it on the scale/ I’m a real demon, we gon’ go to hell/ I keep a hammer, and the bullets, the nails/ Gucci flips, but I rather Chanel.”

The two have linked up together frequently, often appearing in music videos with each other, and they’ve also dropped a collab EP mixtape, Yung Xanny, where they get more melodic and less in-your-face while still using the DMV flow.

We can’t go any further without mentioning Goonew, the originator of the DMV flow. Since 2017, Goonew has been whispering over Cheecho beats, delivering punchline-heavy, overlapping bars with barely any pauses in between on songs like “Down Bad.”

Goonew’s tape with Lil Dude, Homicide Boyz, is what really made the DMV flow a staple of the area. Songs like “Slat” cemented the style as something more than just punched-in lines — something unique to the DMV.

It used to seem like every rapper was coming out of Atlanta and ran with the same sound. Now, more and more rappers from the DMV are making waves. MoneyMarr, Q Da Fool and WifiGawd are all among the best rappers experimenting with the DMV flow.

The DMV is more than just the DMV flow, though. Just like the hip-hop scene at large, the DMV has all kinds of rappers who don’t sound like what’s popular.

Raised in Maryland, YBN Cordae didn’t find immediate success as Entendre. But the member of the collective YBN made headlines recently with his remix of Eminem’s “My Name Is” and his response to J. Cole’s “1985.” Cordae has proved his staying power beyond old-school nostalgia with tracks like “Have Mercy” and “Kung Fu.”

Art Attack XXXIV got overshadowed by Ty Dolla $ign’s no-show, but Innanet James proved himself as a rising star of the DMV scene with his opening act for 2 Chainz. I first saw James open for Danny Brown in DC, and it was immediately clear when he performed “Summer” that the Maryland MC has star power.

I can’t find any music from Gabby! that’s more than a year old, but she’s got potential. Gabby! is featured on “Mac and Cheese 6” by A$AP Ant, a Baltimore rapper, and sounds perfectly lovelorn on her song “Fuck It,” my favorite of her work.

This article doesn’t go into the diverse DMV R&B scene spearheaded by the wonderful voices of Ari Lennox, Brent Faiyaz, Kali Uchis and April + Vista. Baltimore is nothing like the rest of the DMV, and its music scene reflects that, so I didn’t mention Bandhunta Izzy, Urban Shaman, Butch Dawson or even Lor Choc as rappers who have the potential to make it big.

The already-established rappers from the area like Wale, Logic, Rico Nasty, Goldlink, Shy Glizzy, JPEGMAFIA, Yung Gleesh and IDK have already made the DMV proud. To have room for so much talent with such varied styles — new and old — shows that the DMV is the future of rap.