BDS is an important movement. Why is its co-founder being barred from entering the U.S.? 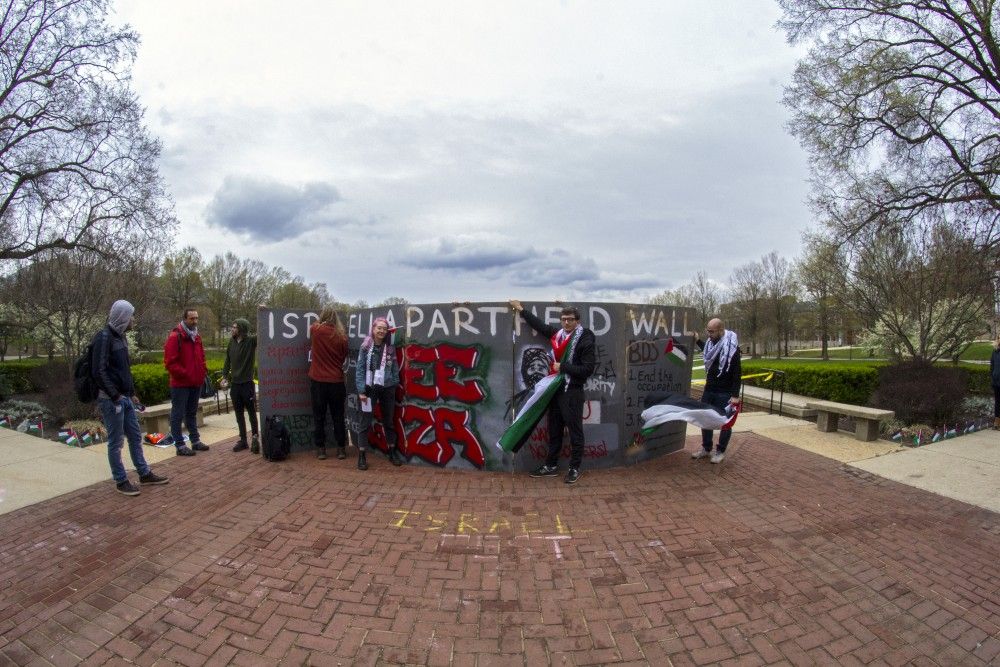 Students for Justice in Palestine organized a protest against Israel Fest on McKeldin Mall on April 19, 2018. (Julia Lerner/The Diamondback)

Last week, the Trump administration blocked Omar Barghouti from entering the United States. Barghouti is a co-founder of the Boycott, Divestment and Sanctions movement, which “works to end international support for Israel’s oppression of Palestinians and pressure Israel to comply with international law.” He was heading to the U.S. to speak at a number of universities, meet with lawmakers and participate in a discussion organized by the Arab American Institute.

Barghouti has not committed any crime and has the documents required for entry. He should be allowed into the country. Instead, the Trump administration blocked him in a shameless and obvious attempt to suppress political speech they don’t like. This would be outrageous behavior from any president. But it’s especially galling from Trump, who likes to cosplay as a defender of free speech.

It shouldn’t be surprising, I suppose. Trump has a real knack for following through on his bad promises. The few good ones — like investing $550 billion in infrastructure, pushing for congressional term limits, protecting Social Security and not getting involved in dumb wars — fall through the cracks. (Despite the latter promise, Trump just vetoed a measure that would have ended U.S. support for Saudi Arabia’s immoral war in Yemen.)

I could just leave it there. According to Trump and many others, free speech alone is a good that must be protected, and the Trump administration’s actions here are clearly anti-free speech. But maybe you don’t buy that. Maybe you think some speech should be censored.

Just over half of U.S. states — including Maryland — have passed laws prohibiting businesses that support BDS from having state contracts. When Rep. Ilhan Omar (D-Minn.) attempted to point this out and complained that she was expected to look out for Israeli interests rather than American interests, she was shamelessly smeared as an anti-Semite by Trump, among others.

The irony is strong. I know 2016 was a long time ago, but those of us who still remember it will recall that a major issue was “political correctness”: the idea that liberals and the left were using opposition to racism, sexism and other systematic forms of discrimination as an excuse to silence perfectly reasonable ideas. Then-candidate Trump said he didn’t have time for political correctness. Yet now that he’s president, Trump has been happy to join the chorus of Republicans, Evangelicals and media personalities wildly denouncing critics of Israel as anti-Semitic without any grounds for the claim. If this isn’t “political correctness,” I don’t know what is.

Anti-Semitism, of course, is real and dangerous. One need only remember the brutal synagogue shooting last year. But this is just another reason to avoid diminishing the term by using it to shut down legitimate critique of an oppressive government.

Next week, the University of Maryland’s Student Government Association is expected to vote on a resolution urging the university’s administration to divest from anti-Palestinian companies. They should pass it because it will epically own Trump, which is the #Resistance’s favorite thing to do. They should pass it to stand up for free speech on college campuses, which Republicans are ostensibly huge fans of.

But mostly, they should pass it because Palestinians are human like the rest of us, and there’s no good reason for this university to continue supporting organizations complicit in their murder and oppression. We should’ve passed the resolution years ago. We didn’t. Let’s make that right.