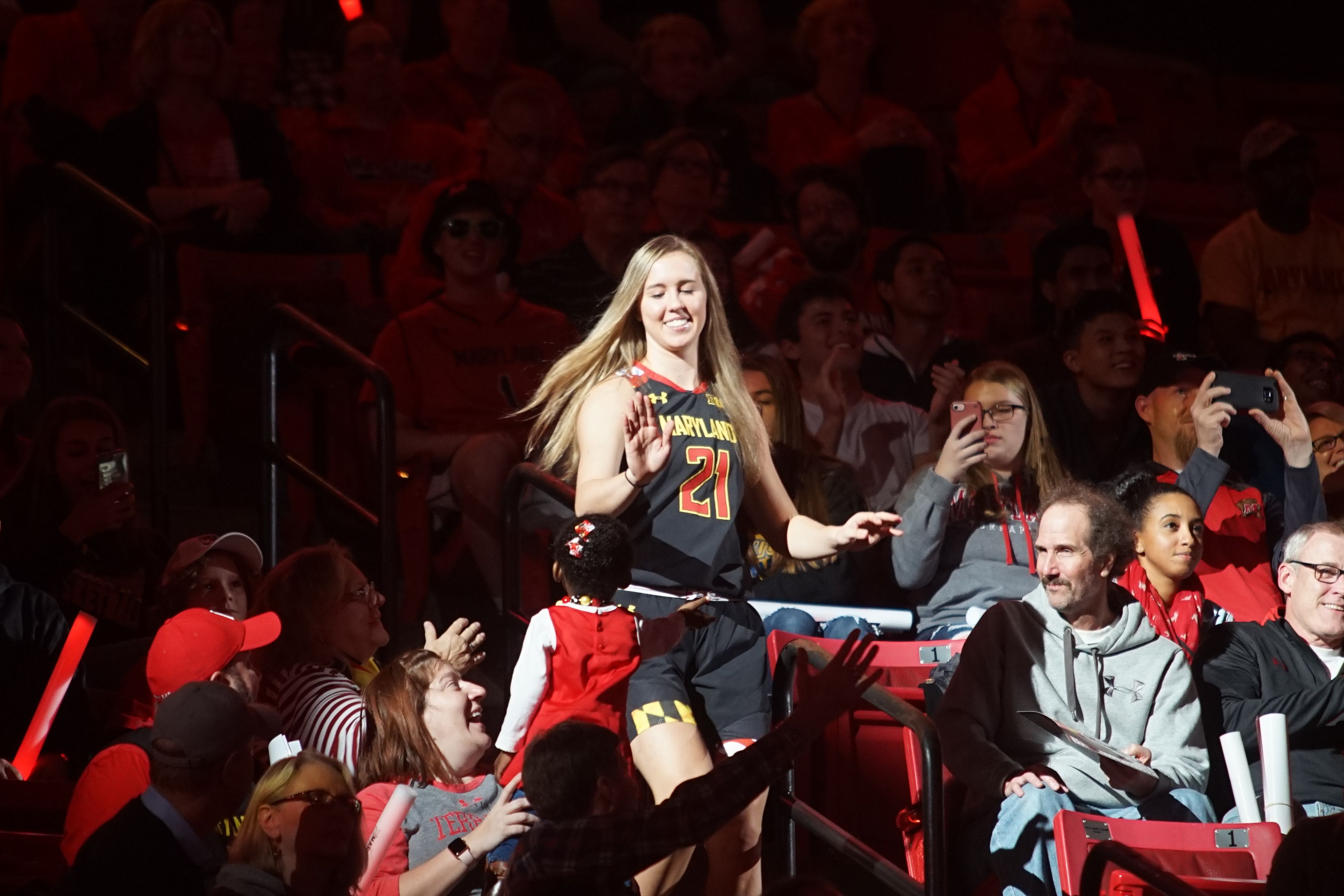 Maryland women’s basketball guard Sarah Myers will transfer from the program for her final season of eligibility after she graduates this spring, a team spokesperson confirmed Wednesday.

The least heralded from a class that included rising seniors Kaila Charles, Blair Watson and Stephanie Jones — as well as Slocum and Staiti — Myers never cracked the rotation.

Despite a lack of production on the floor, Myers’ off-court contributions were well documented. She was Maryland’s recipient of the Big Ten Sportsmanship Award following this season, and was an All-Big Ten Academic Team member after the 2018 campaign.

After nearly every home game, Myers was frequently the only Terp out on the court throwing up extra shots. But it didn’t translate to game action. Her five minutes against Ohio State in January was her highest single-game minutes she had during conference play this season.

Myers was passed over in the lineup by guard Sara Vujacic, who averaged three points and 11.7 minutes a game in her first season after transferring from Walters State.