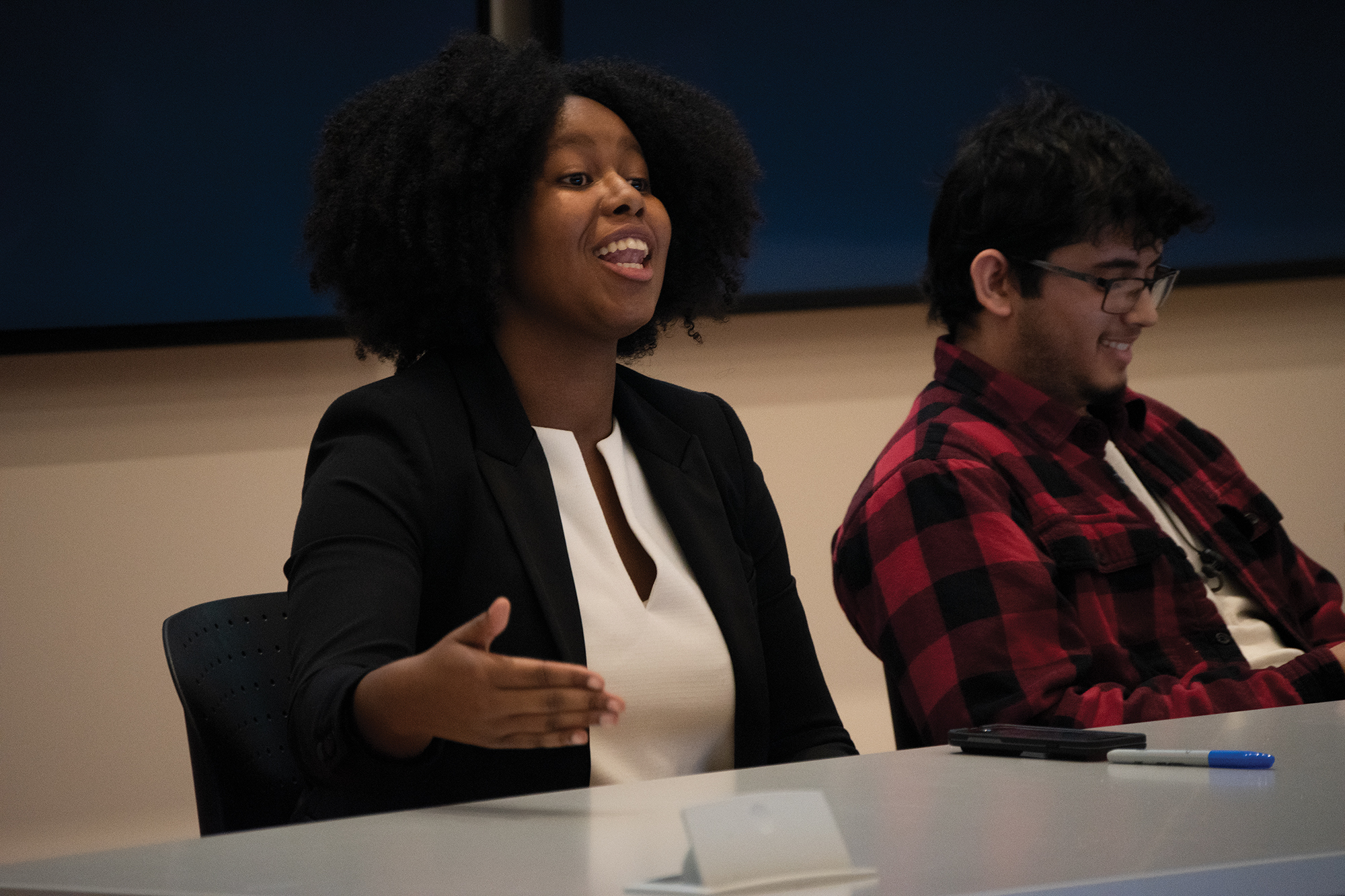 Language is the most powerful political tool. Rhetoric can be strategically manipulated to be weaponized culturally, socially and politically. It can also be used to unify, inspire and create. In either case, the careful crafting of rhetorical devices can influence people’s emotions and actions.

Take, for example, the antimetabole: the repetition of words in a transposed order. One famous antimetabole is found in former President John F. Kennedy’s inaugural address: “Ask not what your country can do for you — ask what you can do for your country.” The inverted phrase captured audiences and left a lasting impression on the American people decades after Kennedy’s speech.

The use of rhetorical devices in the world of politics isn’t necessarily a bad thing. In fact, the basic manipulation of words can be a very effective tool to emphasize a point and leave a lasting impression. However, it’s important for listeners like us to be able to identify these devices and discern their deeper meaning (or lack thereof).

The tactic can be found at every level of politics, including the University of Maryland’s Student Government Association. On April 4, the candidates for the four highest executive positions in SGA had a debate. Ben Cohen, a sophomore finance major and candidate for vice president of financial affairs on the Empower Maryland ticket, said “Instead of having students come to [the] finance committee, I want the finance committee to go to students.”

It’s a nice sentiment, but it does little on its own to further the political debate. This seems to be a common theme in the way the SGA platforms are distinguished. Some of the language used by the campaigns make it hard to separate the issues and stances of each party from neutrality and political buzzwords.

At the SGA debate, junior government and politics major and presidential candidate on the Empower Maryland ticket, Ireland Lesley, said, “We need to bring students back to student government.” Repetition is another effective rhetorical device but offers little substance. The debate introduced virtually no disagreements and few concrete proposals. Many of the major issues the candidates discussed sound like idealized generalities, such as increasing diversity, engaging student voices and greater transparency.

Though great ideas, there needs to be a clearer path to reaching these goals and greater distinction between the party’s beliefs and plans of action. More specific platforms can be found on each of the tickets’ websites, but the lack of distinguished lines between each party makes it harder for the average student to elect officers that will truly represent their views on campus issues.

Strong political campaigns should be accessible and straightforward. The responsible and purposeful use of rhetorical devices, like antimetaboles, can bring the necessary accessibility to a platform. However, candidates can’t sacrifice clear positions and transparency for memorability and catchiness. Essentially, SGA candidates shouldn’t expect students to come to them; SGA candidates need to come to students.