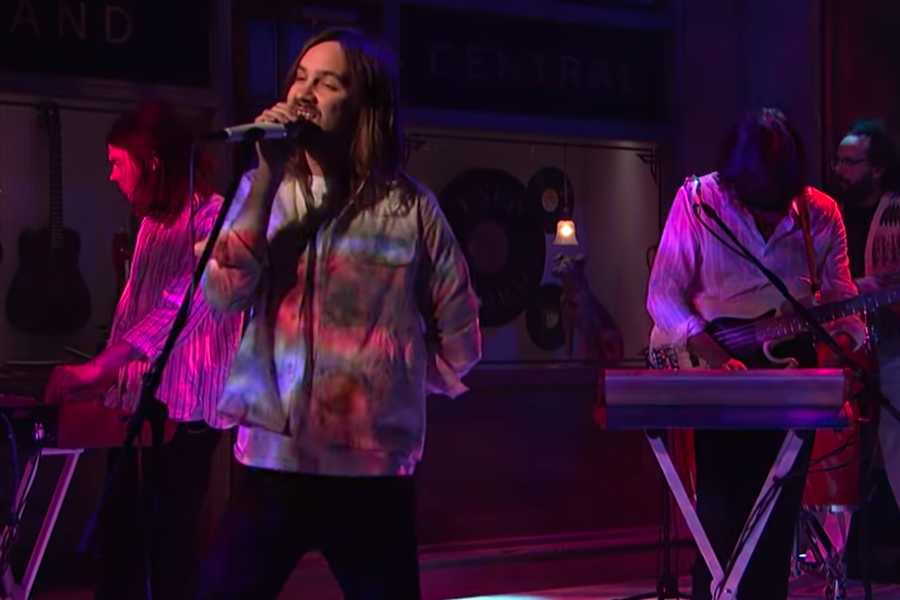 You may or may not know this, but 2015 was — ostensibly — the last good year we had. I could go on an entirely unrelated rant as to why our society and planet have entered a steep, hellish decline into the reality of being alive in 2019, but we can save that for another day. One of my main reasons for this claim is that 2015 was the last year that the indie-psych band Tame Impala released an album.

When Currents came out, I was 16 years old. I had hope for my future and weighed, like, 120 pounds. All of these things have since changed in the past four years, but this album is still a go-to of mine.

This album was also arguably Kevin Parker’s first-marked foray into huge mainstream success with hits like “The Less I Know the Better” and “Let it Happen,” bringing Tame Impala’s name to the level of global fame it has achieved now. Parker is the creative mastermind behind Tame Impala, but Jay Watson, Julien Barbagallo, Dominic Simper and a few other regular players are in his band as well.

Last week, Parker graced our ears with the release of “Borderline,” the second single he’s released in 2019 along with “Patience,” which was released in March. Both songs come following a nearly four-year stretch without any new music from the band — even if Parker has been up to plenty of collaborations and producing in those years.

These two musical morsels for dying fans indicates that future works from the band may be heading in a much funkier, synth-filled and less psychedelic direction. With festival season approaching and the cheeky promotions on Instagram, it’s safe to say there’s a new album looming.

I know what some critics will say about displaying so much excitement about a relatively mainstream band, and it probably entails talking points that discuss the unfortunate Venn diagram that Tame Impala’s fan base consists of. For clarity, I have attached my rendering below:

But guess what? I don’t care. I could not give one single damn about the potentially annoying bros that share my joy for this music. When I think of Tame Impala’s music, I think of warm summer nights, the careless freedom of being a high schooler with no grasp on reality and all of the joy-filled experiences this album has accompanied me through.

Parker’s known mastery for his craft only leaves me, and a few thousand other people, absolutely dying to see what he’s got next. Coverage from Tame Impala’s Coachella performance let us know two things for now while we await the release of this next project: It’s going to be so goddamn good, and men in tank tops love this music so much.