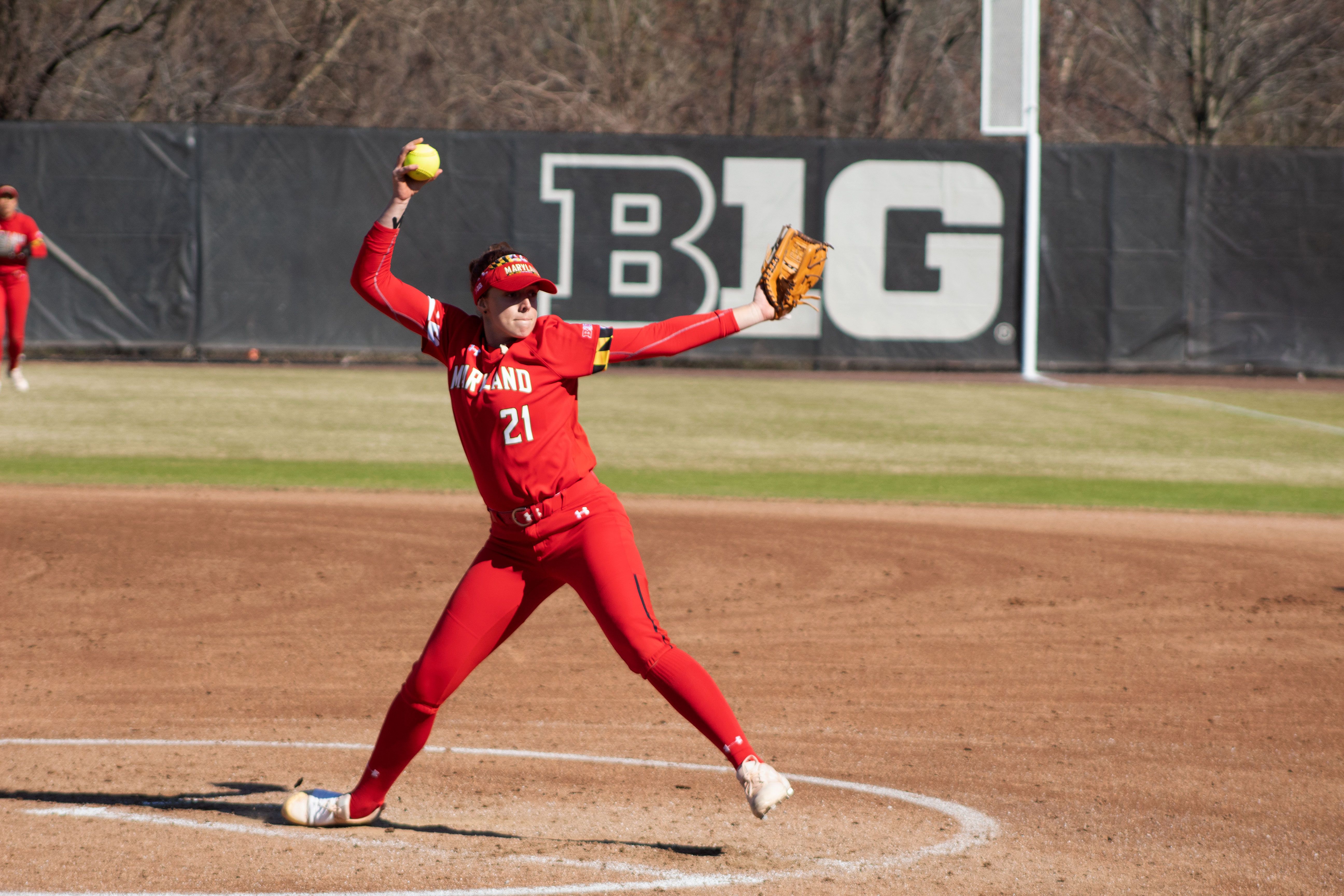 After Maryland softball’s offense racked up its most hits since 2015 last weekend against Michigan State, Indiana ace Tara Trainer shut down whatever momentum it brought into the series.

With a 1.91 ERA entering Friday’s contest, Trainer quieted the Terps’ lineup, allowing no runs and five hits over four innings while striking out six.

Indiana’s lineup, on the other hand, did not waste any time in attacking Maryland right-hander Sydney Golden. The Hoosiers held a 5-0 lead after two innings, adding three insurance runs in the final two frames to take the first game of the series, 8-0, in five innings.

Trainer allowed two base runners in the bottom half, but got out of the frame unscathed. The Hoosiers’ offense then put up another multiple-run inning in the second, in part due to more self-inflicted wounds by the Terps.

Second baseman Sarah Galovich reached on a fielding error from shortstop Bailey Boyd, just after Golden’s first strikeout of the day. Galovich was driven in on a three-run double from shortstop Grayson Radcliffe.

Golden pitched a scoreless third inning, but the Hoosiers were able to extend their lead in the bottom of the fourth on an off-target throw from third baseman Anna Kufta, Maryland’s third error of the game.

Despite two Indiana errors in the top of the fifth, the Terps could not capitalize, stranding designated player Sammie Stefan and Kufta on the corners.

Maryland substituted pitcher Kiana Carr for Golden to try and salvage any hope of a comeback, but three walks from Carr put the Hoosiers in position to end the game early.

After Galovich reached first on a fielder’s’ choice, freshman Brittany Ford entered as a pinch hitter with the bases loaded and hit a single to right field to wrap up the Hoosiers’ run-rule win and hand Maryland its fifth loss in its past six games.