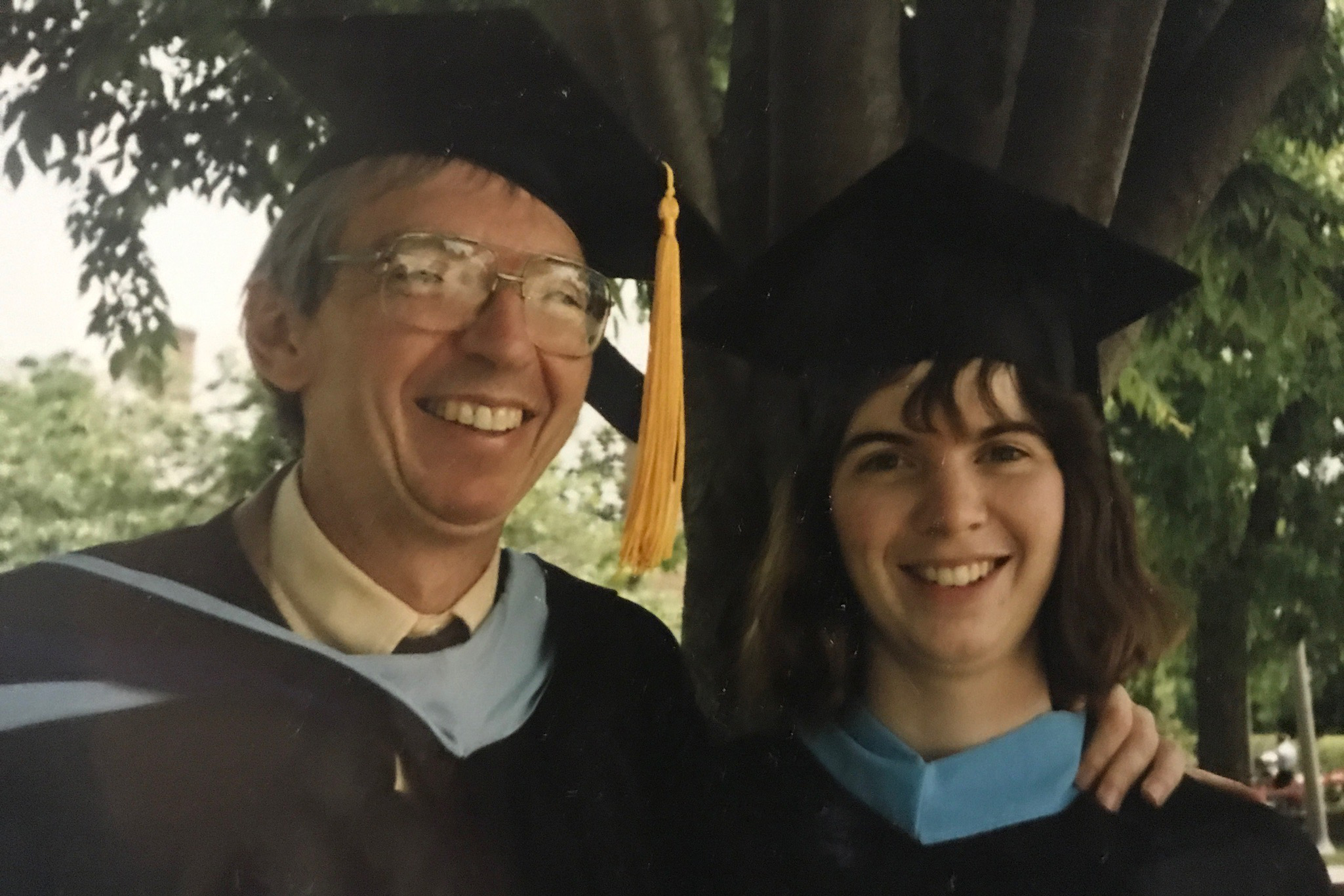 John Robinson with his daughter, Jennifer Lyn Robinson, at her PhD graduation from this university in 1995 (Photo courtesy of Stephen Robinson).

John Robinson, a sociologist, author and longtime University of Maryland professor — best known for his research on how Americans fill their time — died March 22 in Glendale, California. He was 83.

During his career at this university, Robinson directed the Americans’ Use of Time Project, a study that found Americans have more free time than they think.

He was skilled at writing and conducting surveys — one of the best in the country, said Geoffrey Godbey, a former professor of leisure studies at Penn State University who worked with Robinson for 40 years.

In 1997, Robinson co-authored a book, titled “Time For Life,” with Godbey. Using diaries kept by volunteers over three decades, Godbey and Robinson profiled how time use in America has changed overtime.

They found Americans have roughly 35 more hours of free time than they think — most of which they spend watching TV — and women have 45 minutes less free time than men every day, Godbey said.

“We worked well together,” Godbey said. “We never had a fight. He’s among the brightest people I ever knew.”

Robinson “didn’t give opinion unless he really knew something,” Godbey added. “If he didn’t know anything … he kept his mouth shut.”

“The [University of Maryland] has a very strong sociology department,” Godbey said. “John was kind of the beginning of the era of that department.”

Liana Sayer met Robinson in 1997 while at graduate school at this university. Now, she serves as a sociology professor and director of the Maryland Time Use Laboratory.

He was a “generous spirit,” Sayer said, who gladly shared his knowledge, expertise and time with others.

“Some people like to hoard their knowledge and perceive other researchers as competing, and John was not like that at all,” she said.

In his free time, Robinson enjoyed playing tennis, visiting microbreweries and sampling beers. He attended the Burning Man festival for 15 years and had over 1 million frequent flyer miles from trips to Europe and around the world, his son Stephen Robinson said.

Stephen Robinson said his fondest memory of his father was playing golf, and kicking field goals with him during his teenage summers.

“He liked to keep busy,” he said. “He was always working or traveling and had a penchant for the unusual.”

John Robinson is survived by his son, a grandson, two sisters and a brother. A Celebration of Life ceremony will be planned for him in September in Rochester, New York.