We shouldn’t be traumatizing children with active-shooter drills 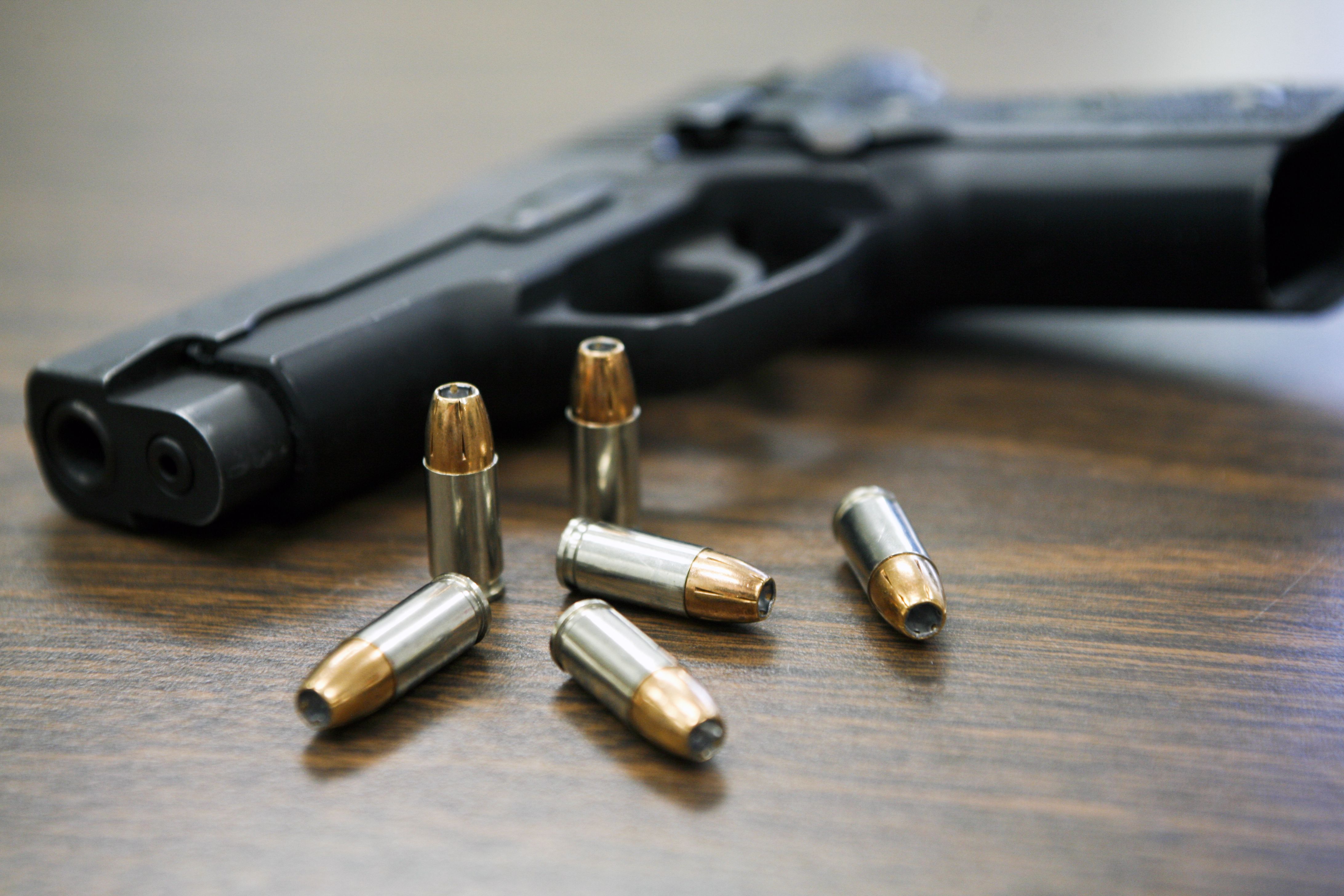 An unloaded gun and its bullets. (Photo courtesy of the St. Louis Circuit Attorney’s Office)

A recent active-shooter drill in Indiana was nationally publicized. I was horrified to find out local law enforcement told teachers to kneel along a wall and shot them – execution-style – with plastic pellets to demonstrate what would happen if they remained passive in that situation. Multiple teachers suffered welts and, in some cases, started bleeding.

An anonymous teacher told The New York Times it took two weeks to recover from the physical abuse she suffered — and they were not asked about their medical histories before being shot. And two teachers told the Indianapolis Star they were not warned before the mock shooting.

Active shooter drills marginally – if at all – improve the safety of teachers and students, while potentially exposing them to physical and mental trauma. However, in the face of recent school shootings, it appears more states have begun to implement these extreme “protective” measures. Following the Marjory Stoneman Douglas shooting in February 2018, Iowa, Florida and South Carolina joined six other states in passing laws requiring these drills in public schools.

This is completely unacceptable. No student, teacher or any staff member should risk being injured just to emphasize the reality behind the drill. If these programs intend to educate students and teachers on how to promptly respond in such a situation, it’s counterintuitive to unnecessarily physically and mentally traumatize them, potentially impacting their ability to react when confronted with a real active shooter.

What’s troubling is the Indiana incident may not be an outlier. To emphasize the gravity of an active-shooter situation, some of these drills have become almost hyper-realistic. Fake blood, police carrying real AR-15s and simulated gunfire are just some components active-shooter training programs use to instill a legitimate sense of fear in students and teachers.

There is very little evidence these drills significantly minimize any harm incurred during an active shooter situation. In addition, these drills may even put students in danger; some training programs offer instructions on how to “fight” an armed assailant.

A student should not attempt to actively engage with an active shooter. Disarming an armed, violent perpetrator requires an extraordinary amount of technique and skill in close-quarter combat that a video or in-class demonstration utterly fails to capture.

Not only are these drills ineffective, but they can have an indefinite impact on a child’s mental health. The element of surprise, which is used frequently to make the situation more realistic, is sufficient to potentially traumatize the impressionable brain of a young child.

Heidi Pottinger, a prominent faculty member at the University of Arizona College of Public Health, describes her child crying at the sound of fireworks he misinterpreted as gunshots from an “active shooter.” Pottinger argues lockdown and active-shooter drills significantly increase adrenaline in children’s bodies, stimulating inflammatory responses that have been linked to depression. In the long term, this increases their chance of developing chronic illnesses and potentially lowers IQs and academic achievement.

It’s natural that, in wake of recent events, legislatures and schools are fervently attempting to find solutions to prevent school shootings as the issue is increasingly publicized by national media. However, active-shooter drills are not the answer. They inflict unnecessary harm upon students and teachers under the pretense of preparing them for the harsh reality of the situation. Instead of focusing on protective measures, legislatures should be expanding mental health programs and improving counseling to address the issue at its core: troubled students.