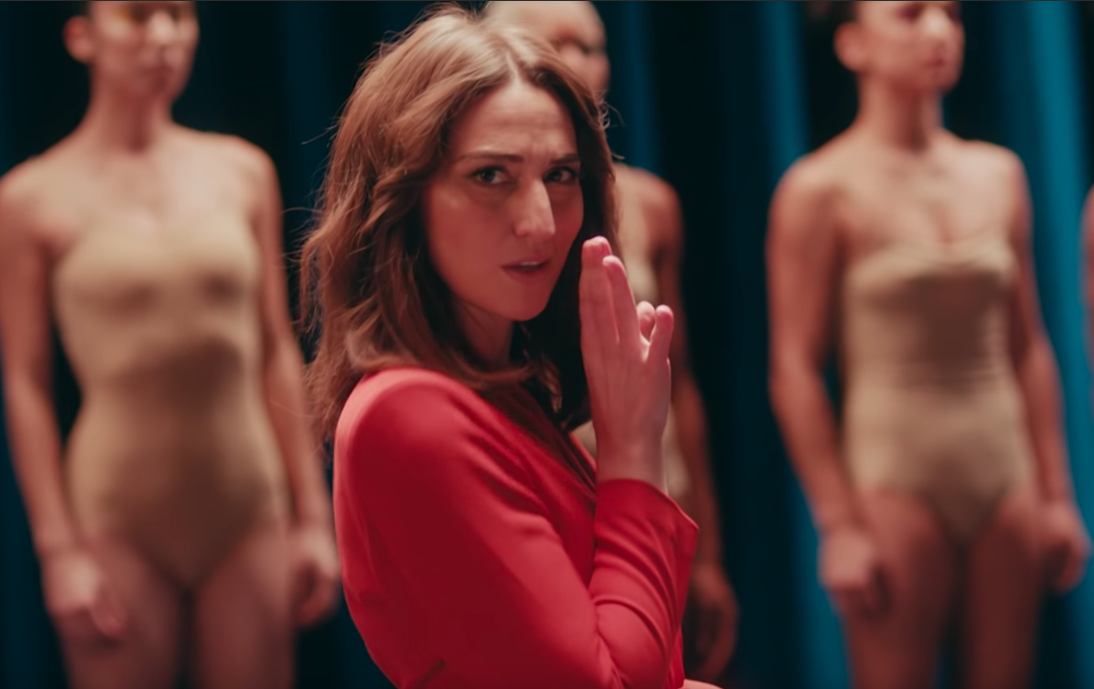 Sara Bareilles in the "Armor" music video (Photo via YouTube.)

Sara Bareilles has hardly been inactive in the nearly six years since she dropped her last album, The Blessed Unrest. Beyond gaining a Grammy nomination for that effort, she wrote a collection of essays, starred as Mary Magdalene in the NBC live performance of Jesus Christ Superstar and wrote the score for the Tony-nominated musical Waitress.

Evidently, her schedule has been booked every second since 2013, but the furor for a new album still mounted. The Blessed Unrest was an innovative, sing-song soliloquy, encapsulating all the emotions and complexities a breakup album could wish to contain. Coming off, arguably, one of the greatest albums of the decade, the standards were high for her latest effort, Amidst the Chaos.

If there’s one thing anyone knows about Bareilles, it’s that, although her voice isn’t the raspiest or the loudest, it’s one of the damn strongest voices in the pop wave today. On “Saint Honesty,” one of Chaos’ last tracks, this woman holds a high note longer longer than a Kardashian can keep a boyfriend.

However, not much else seems to be on display over the course of the 12-track record. While no songs are truly bad, none really stick out as particularly inspiring or as radiating some special pizzazz.

The album’s first few tracks are Chaos’ strong point. “Fire” is a strong, poetic starter, with Bareilles mixing her own vocals to create an almost chant-like verse.

Fierce and unapologetic, “Armor” bolts in as the album’s lead single, and probably the strongest track on Chaos overall. The low, doo-wop notes of the piano and the delicate inflections in Bareilles’ vocals allow each second of the song to sound different from the next. Paired with a great message in finding power in people who strengthen you — “You make me stronger, stronger/ Now hand me my armor” — this song is as surefire a successful Sara Bareilles song as you’ll find anywhere.

Other standouts include the classically-executed soulful ballad “If I Can’t Have You” and the upbeat, rhythmic “Wicked Love,” reminiscent of a song you might’ve heard from The Blessed Unrest.

[Read more: Ariana Grande didn’t have to come out as queer, but I’m glad she (kind of) did]

Chaos’ main issue is that there is no single factor that makes each track a Sara Bareilles song. Songs like “Eyes on You” or “Orpheus” could be re-recorded as demos for any other pop singer and they would sound just as emotionally charged as Bareilles does.

While Chaos is by no means a technically bad album, it lacks the excitement and innovation that makes me want to keep a new album on repeat. Bareilles gives the air that she knows she’s fabulous and incredible and doesn’t feel the need to exude that as strongly.

Her vocals are beautiful here, but they always sound beautiful. Maybe show us vocals when they’re not at their best quality. Many of the songs are also structured similarly, making them hard to separate mentally. It seems that while Bareilles tried to navigate amidst the chaos, she scrubbed away any sense of chaos in the process.