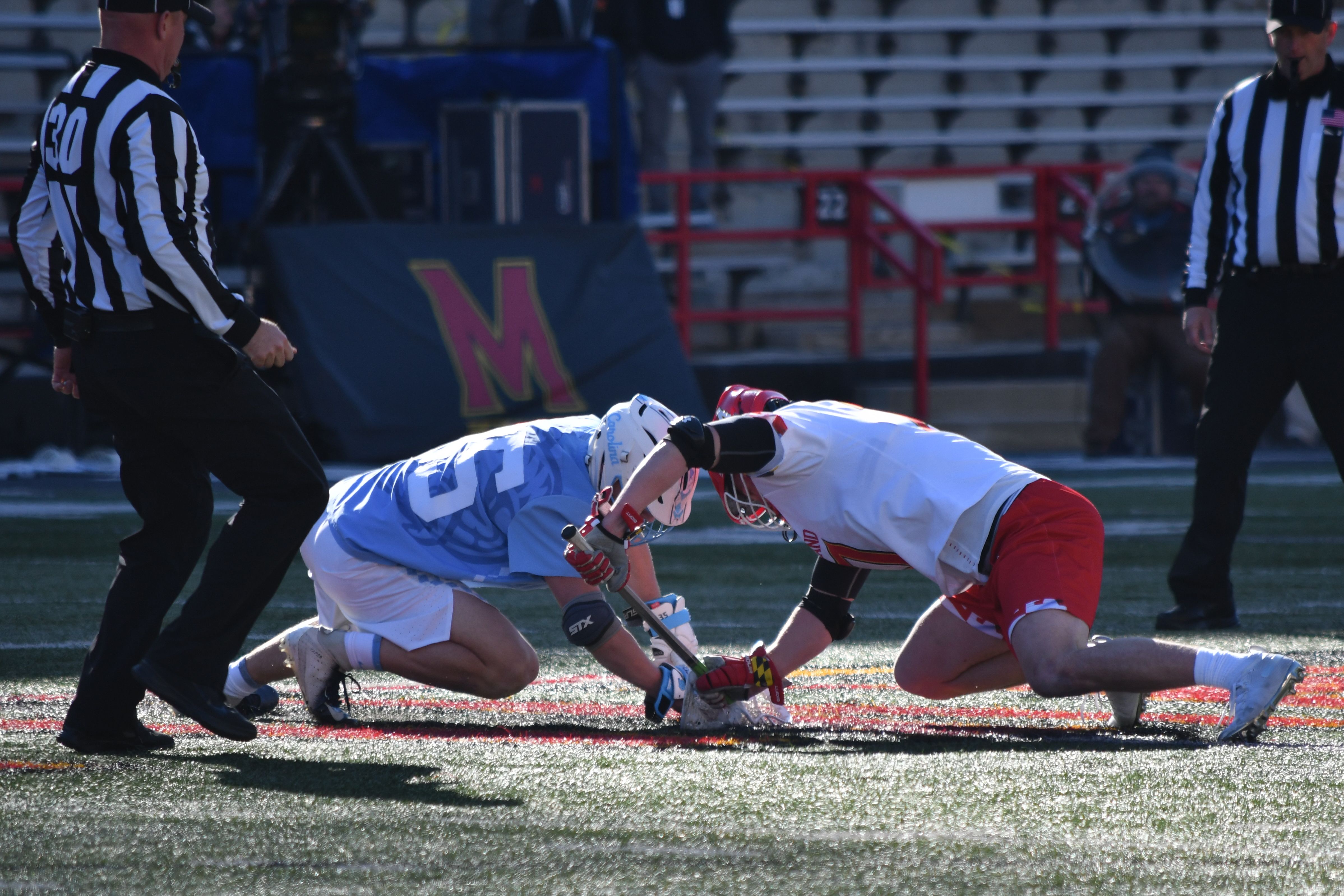 Face-off Austin Henningsen wrestling to get the ball in Maryland's 16-9 win over the Tar Heels at Maryland Stadium on March 23, 2019. (Alex Chen / The Diamondback)

Bernhardt was awarded the Big Ten’s Co-Offensive Player of the Week after scoring five goals and recording three assists against the Wolverines, tying his career-high point total in a game. The junior captain also became just the third Terp since 2000 to record a hat trick in five straight games.

The award marks the first Big Ten Offensive Player of the Week honor of Bernhardt’s career. He also named to the USILA team of the week for the second time in his career.

Henningsen won his third Big Ten Specialist of the Week award of the season after excelling from the faceoff against Michigan. The senior tied his career high with 22 faceoff wins against the Wolverines and became the first player in program history to win 22 or more faceoffs twice in his career.

Playing against Michigan’s aggressive style off the wings on faceoffs, Henningsen also came away with a career-high 15 ground balls to help secure possessions. In doing so, Henningsen became the first Maryland player since 1992 to recover 15 or more ground balls in a game. 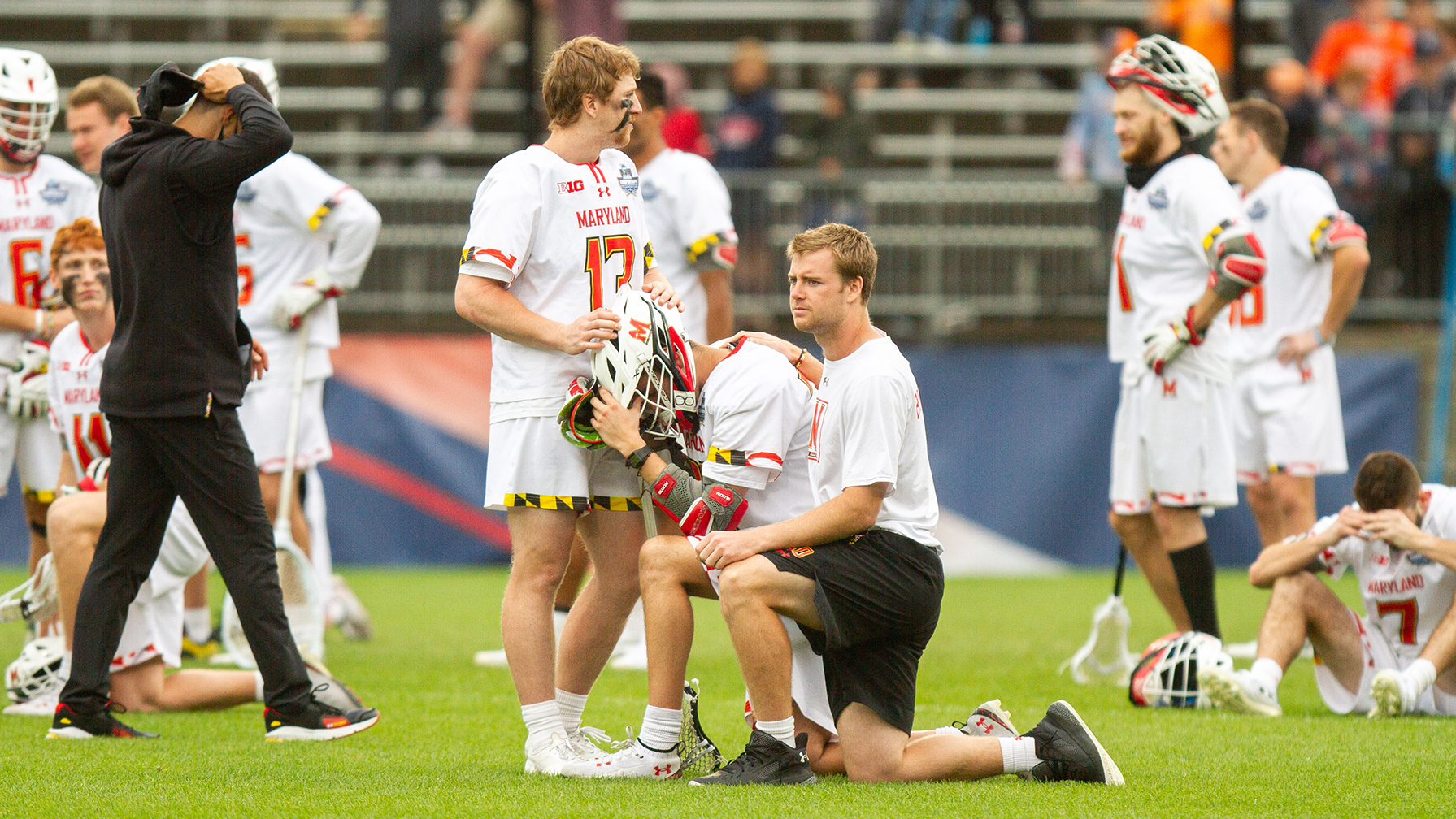