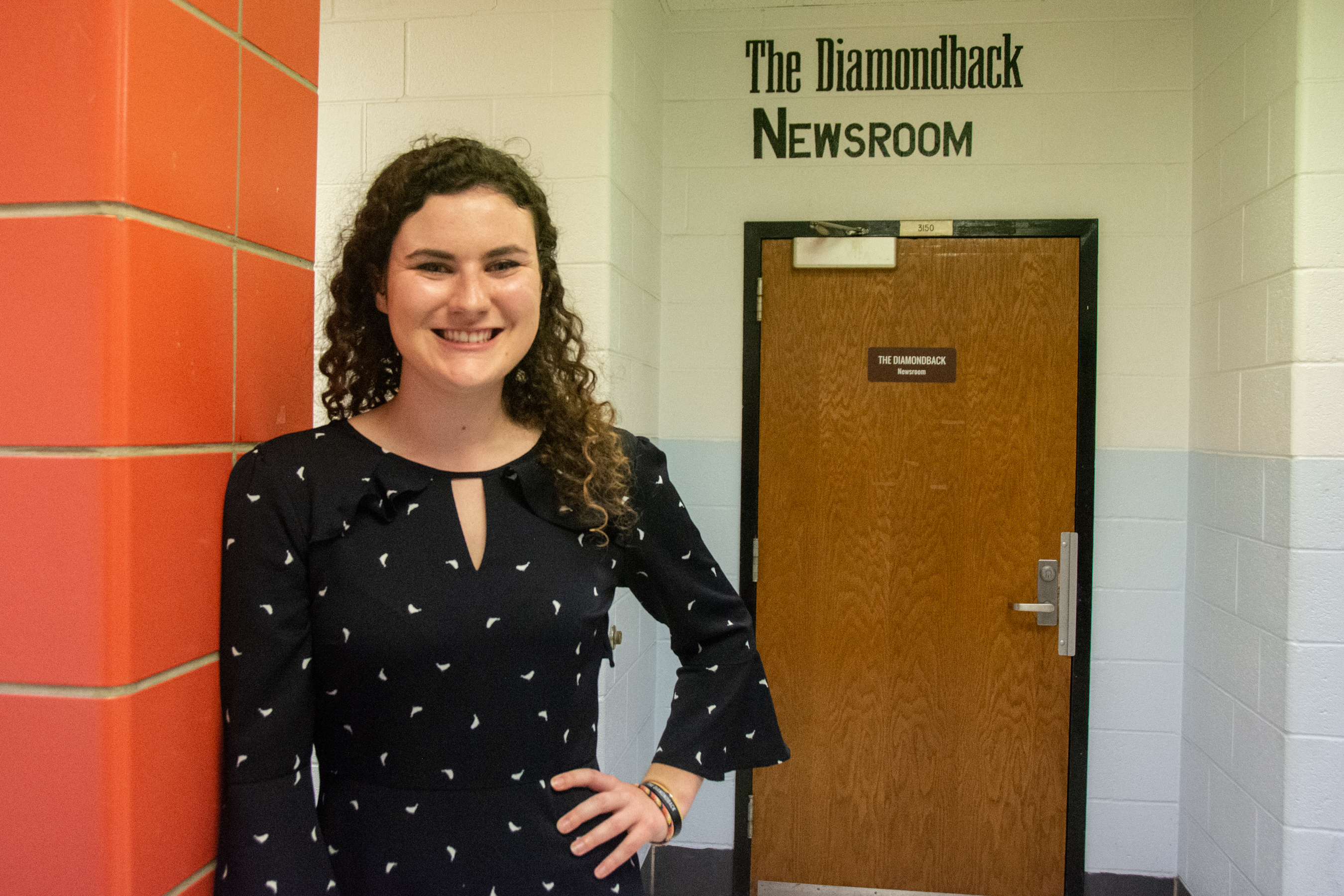 Leah Brennan, a junior government and politics and journalism major, has been named The Diamondback’s editor in chief for the 2019-20 academic year. (Jillian Atelsek/For The Diamondback)

Leah Brennan, current news editor of The Diamondback, was named the newspaper’s new editor in chief for the 2019-20 academic year on Thursday.

First hired as a copy editor three days into her freshman year, Brennan became a staff writer in spring 2017, juggling both positions for a week before deciding to pursue reporting full-time. She moved up to assistant news editor in spring 2018 and was promoted to co-news editor for the current academic year.

Brennan said she felt an “overwhelming sense of honor” when board members of Maryland Media Inc., The Diamondback’s parent company, chose her for the position — one she has been thinking about since she first started.

“I remember reading past editor in chief stories and them saying ‘It’s something you think about freshman year, but then it sort of fades from your mind,” the junior government and politics and journalism major said. “But it didn’t really fade from mine.”

Romano said it was a tough decision between her and the other candidates, but that Brennan’s defining strength is her determination and composed nature.

“Her best quality is that she’s extremely calm. There’s a lot of stress involved in this job,” Romano said. “She’s very good at budgeting time, she doesn’t really let things faze her.”

Brennan said one of her greatest strengths is being able to relate to other staffers — adding that she owes her past success to her coworkers.

“I’ve been fortunate to have a lot of people that have been willing to pour into my life and really invest in my skills and believe in me,” she said, “and I hope to do the same for a lot of other people here.”

While both challengers said they were disappointed not to be chosen, they feel the newsroom will be in good hands under Brennan.

“If anything, [Brennan] is overqualified,” Vukmanovic said with a laugh. “In the movies, there’s that stereotypical journalist who’s tough and gets what they want and asks all the right questions — that’s Leah.”

Hodjat echoed Vukmanovic’s sentiments about Brennan’s work ethic. He recounted his first semester at The Diamondback, when he watched Brennan write profiles of each of the 21 candidates for College Park mayor and city council — all by herself.

“I was just a lowly copy editor then — I thought that was incredible,” said Hodjat, a junior government and politics and journalism major.

Brennan said one of her biggest priorities for the coming year is improving newsroom diversity.

MMI Board President Tom Madigan said he was impressed with Brennan’s thoughtful answers during her interview.

Madigan also said Brennan will play a key role in creating a successful future for the newspaper.

“The Diamondback is going to face a lot of challenges over the next few years. The industry obviously is evolving — The Diamondback will have to evolve too,” Madigan said. “We’re confident that Leah has what it takes.”

Maryland Media Inc. also announced that Max Breene will remain Mitzpeh’s editor in chief for the second straight year, and Julia Nikhinson will become the editor of the Terrapin Yearbook.