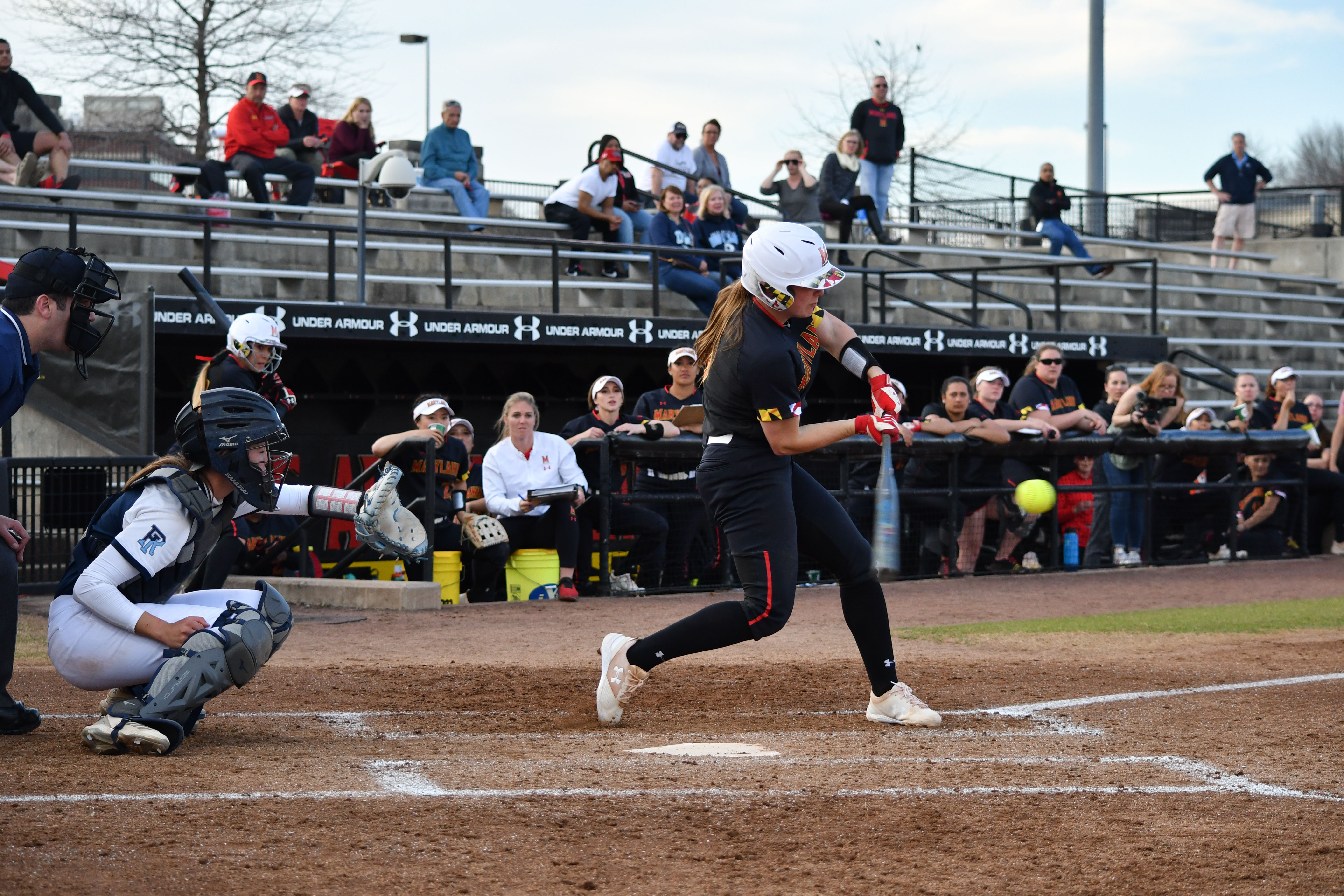 Pitcher Sydney Golden and the Terps’ defense had kept the Spartans hitless through nine batters, but all that changed in the bottom of the fourth. Michigan State second baseman Melanie Baccay led off the inning with a single up the middle to start a three-run rally.

The Terps saw their 10-run lead dissipate even further in the fifth inning, as the Spartans plated four runners to get within three runs and buck any sign of the sleepy offense to open the game.

Although the Spartans came within two runs in the bottom of the seventh, Maryland held on to win, 11-9, capturing the first game of the series.

After a sluggish offensive performance against the Buckeyes last weekend, the Terps got off to a fast start at the plate in their third conference series of the season.

After center fielder JoJo McRae hit a leadoff double, right fielder Amanda Brashear beat out the throw from Michigan State’s third baseman. The toss went awry, too, allowing Brashear to advance to second and McRae to race home for the first run.

And the second inning brought an even bigger output for Maryland. Left fielder Micaela Abbatine, the only Maryland hitter to not step up to bat in the first inning, hit a single to start the Terps’ five-run rally.

Two more errors from the Spartans plated Abbatine and McRae to give Maryland a 6-0 lead. Stefan’s double to right-center field allowed Brashear to score before Wilson hit an RBI single to shortstop to plate Stefan.

The Terps maintained their 9-0 lead through the third, as Golden tallied her first strikeout and ran through three more Spartan batters without allowing a hit.

A double from Abbatine in the top of the fourth scored another run for Maryland, but the Terps’ comfortable lead did not last much longer.

Baccay led off the inning with the Spartans’ first hit and Golden’s performance in the circle began to falter. The right-hander walked two batters, and then shortstop Catie Ladd bombed a three-run double to make it a 10-3 game.

Maryland’s seven-run lead was cut to three after Michigan State strung together a four-run fifth inning, capped off by a two-run homer over the scoreboard from first baseman Mackenzie Meech.

In the bottom of the seventh, down 11-7, Meech hit a leadoff double off pitcher Victoria Galvan and advanced to third on a single from Ladd.

Michigan State went on to score two runs on a sacrifice fly after McRae throw home sailed off target, but the Terps’ nine runs early in the game saved them from a Michigan State comeback, ensuring a series-opening win.