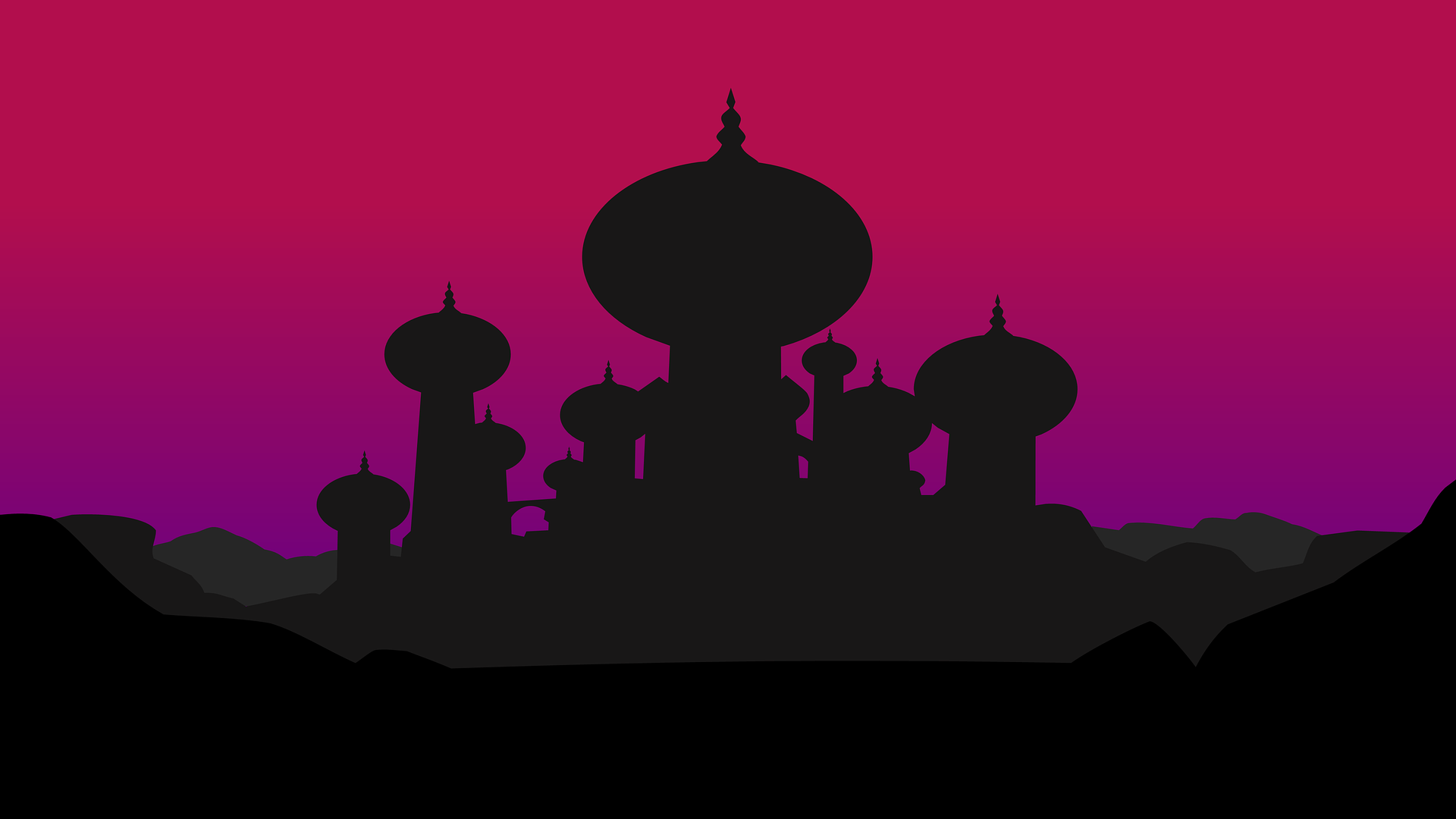 A silhouette of the palace from Aladdin. Photo courtesy of GG-125.

In May, Disney’s next foray into live-action princess movies will enter “a whole new world”— people of color. It’s Aladdin, and as a person named Jasmine, my feelings about this film have been stewing for some time. While the movie has me excited to see a character who has my name as a real human being, there are issues with the way Aladdin interacts with people of color.

On one hand, this movie is incredibly exciting. While Disney has been dabbling in live-action princess movies since 2015 with Cinderella, we have yet to see main or title characters of color in these productions. The last time Disney attempted a live-action movie featuring people of color as main characters, it produced The Jungle Book. While the film was a thrilling and mysterious adaptation of the original tale, there was a distinct problem with its representation: The Jungle Book takes place in India, but the only South Asian human in the movie was Mowgli, the main character.

In comparison, Aladdin is definitely an improvement. In a movie clearly about a region of color, there are multiple people of color in leading roles. The representation that Naomi Scott, Mena Massoud, Navid Negahban and Marwan Kenzari provide is groundbreaking for Disney.

However, it is clear that there are some issues with this film. The original Aladdin — and, therefore, this Aladdin — is peak Orientalism, where  films epitomize white people’s romanticized perceptions of the “mysterious Eastern Orient” rather than acknowledge cultural facts and reality. There weren’t even people of color in the voice cast of the 1992 version. Ironically, Disney is famous for its dedication to authenticity—animators took courses in marine biology before working on Finding Nemo and visited Quebec and Norway just to get a feel for animating snow for Frozen. But in Aladdin‘s case, the company was content to use its own and other European depictions of the Middle East from the 1940s and 1950s for inspiration. It seems as though the willingness to learn and accurately represent regions is not allowed to all movies. The issue of a generalized attitude towards Eastern countries goes further.

There has been longstanding discussion about what kind of brown Aladdin is — the fact that the 1992 film was heavily influenced by “A Thousand and One Arabian Nights” indicates that it is a Middle Eastern narrative, but there are definite South Asian elements. While the explanation that Agrabah is a multicultural city is valid, the fact that Disney has been able to use this movie to dodge creating a realistic South Asian or Middle Eastern princess isn’t.

It’s insulting when white people and companies treat peoples and regions in the Eastern hemisphere as interchangeable. Disney needs to produce brown princesses that are based in realistic history and regions as much as Mulan and Merida are, rather than mixing a bunch of nonwhite elements together in an attempt to be exotic and mysteriously diverse. Yes, the other white Disney princess movies barely reference the regions in which they take place and certainly aren’t realistic. But there is a difference when people of color are made out to be from fictional and fantastical lands, as there is a very real history of perceiving people of color as exotic and alien.

When I say realistic, I don’t mean that the magic should be taken out — rather, that the elements of the film that aren’t supernatural should be grounded in reality. In other words, Merida turns her family members into bears in Brave, the environment and tone of medieval Scotland anchors the narrative to reality.

Now, I can’t be hypocritical and claim that I don’t enjoy watching the original Aladdin film. However, it’s problematic that it has been revived when a much more conscious effort towards creating a Middle Eastern or Desi princess could have been made.

Aside from the cultural complexities of Aladdin as a story and production, the trailers also have me a little miffed about the contrast between Jasmine’s clothes and those of previous live-action princesses. Though Jasmine wouldn’t wear a European ball gown, the clothes she appears to be wearing in the trailers look far too costume-like and gimmicky. Honestly, this may just be me, but I was looking forward to seeing Jasmine’s iconic blue outfit translate into some luxurious sharara or something similar. Instead, her outfits look more like the costume of someone dressing up as Jasmine for Halloween. Where Lily James and Emma Watson got dresses that bordered on magical, Naomi Scott’s main looks fall short of the fabulousness that Middle Eastern and South Asian fancy-dress styles have to offer.

In short, it would be ideal if countries of color got the same treatment as white Disney princesses do, with numerous forms of representation, incredible attention paid to regional differences and clear focus on enchanting fashion. Those are my three wishes right there.