Mueller won’t save us. Liberals need to grow up to take down Trump. 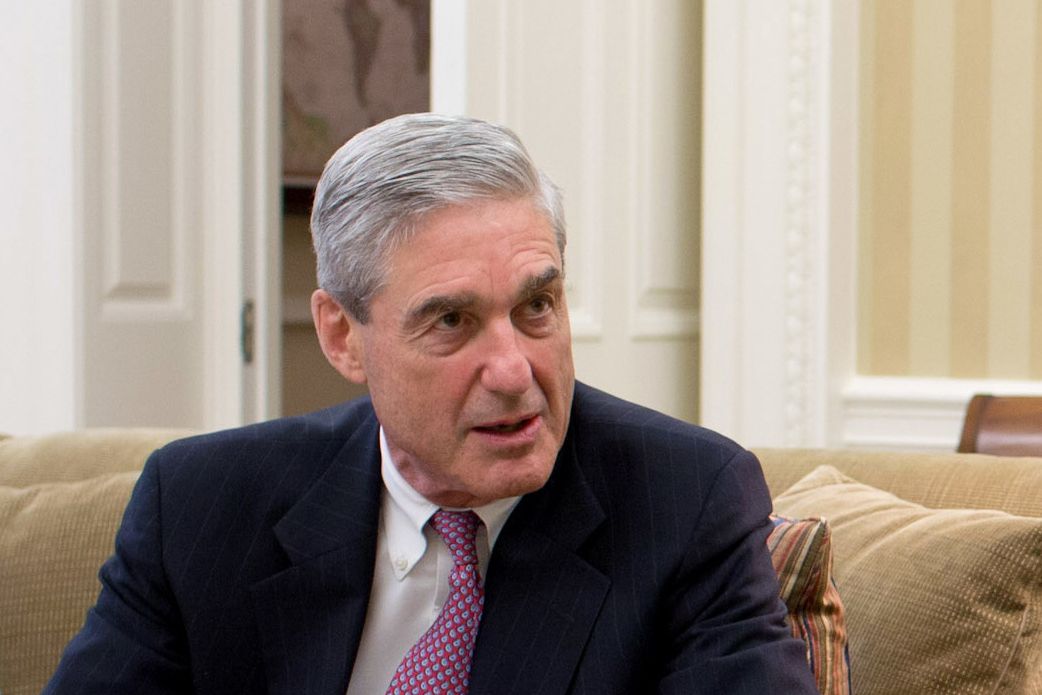 Robert Mueller in the Oval Office in 2012. (Image via Wikimedia Commons)

My cooler friends on the left would make fun of me for this, but I actually kind of understood the obsession with the Robert Mueller character. I’m susceptible enough to the stern, ultra-competent yet ultimately warm-hearted authority figure; it’s why I’m such a big fan of San Antonio Spurs coach Gregg Popovich.

Underneath all the semi-deranged Mueller standom, with the tedious Rachel Maddow Russiagate conspiracies and SNL’s Mueller-themed Christmas carol, was this desperate — but perfectly understandable — hope that in a chaotic and frightening world, one man would make everything OK again.

Now, of course, it was silly to invest responsibility for sweeping problems of political power in a single cop. But I fundamentally understand the libs, and I feel their pain now that the Mueller investigation has ended with a whimper.

Whatever we learn from the full report — if and when it’s released — we now know this: The Trump administration isn’t going to end by Mueller’s hand. Whether by impeachment or, more likely, in an election, the end to this presidency must come from us.

I can’t imagine this is a great feeling for the Mueller diehards. Some of them will (hopefully) come to realize that political figures are tools we use to change society, and committed stanning of any individual political figure will almost always end in disappointment. That realization, though, can leave you feeling a bit cold, a little lost in the wilderness. Shit. We’re on our own here.

That feeling should be quite familiar to a lot of college students — it’s essentially the feeling of entering adulthood. You realize that certain tasks that always seemed magically taken care of are now on you. These moments of realization come sooner or later and with greater or less ferocity depending on fortune and circumstance. But nearly everyone has them, whether it’s putting together a grocery list, signing a lease for the first time or being tasked with organizing a parent’s funeral.

The term “adulting” describes finding stability and control in new responsibilities of the adult world. It’s ironic (which many of its boomer critics failed to realize), but also not. Filling out a 1040EZ felt a bit empowering, as embarrassing as that is. And so, with some liberals coming to understand that their FBI dad isn’t going to solve their problems for them, a bit of #adulting might be in order.

Am I saying that the Mueller crowd needs to grow up? Well, yes, but not in a hyper-individualistic, “pull yourself up by your bootstraps” way! One of the things you learn as you enter adulthood is you don’t always have to do it by yourself. Sometimes — not always, but sometimes — there are people out there to experience it with you. The fear of becoming an adult can become comforting, and even thrilling, with a sense of solidarity. Young adulthood, at its best, is a collective endeavor.

The idea of adulting brings us back to Mueller. The proper reaction to the report is to realize the problem of the Trump presidency is upon us. We’re on our own here. But those notions don’t have to be as isolating as they seem at first glance. On our own. It’s on us. The conclusion here is less a cliche than a blunt statement of reality — we have to do it together.

The American right wing is a political force, and it requires a political response. From the start, it was dumb to think one person could erase fundamental problems of corruption. Hopefully last week’s events help turn our attention toward our collective responsibilities, and bring some of those onto the center left into political adulthood.