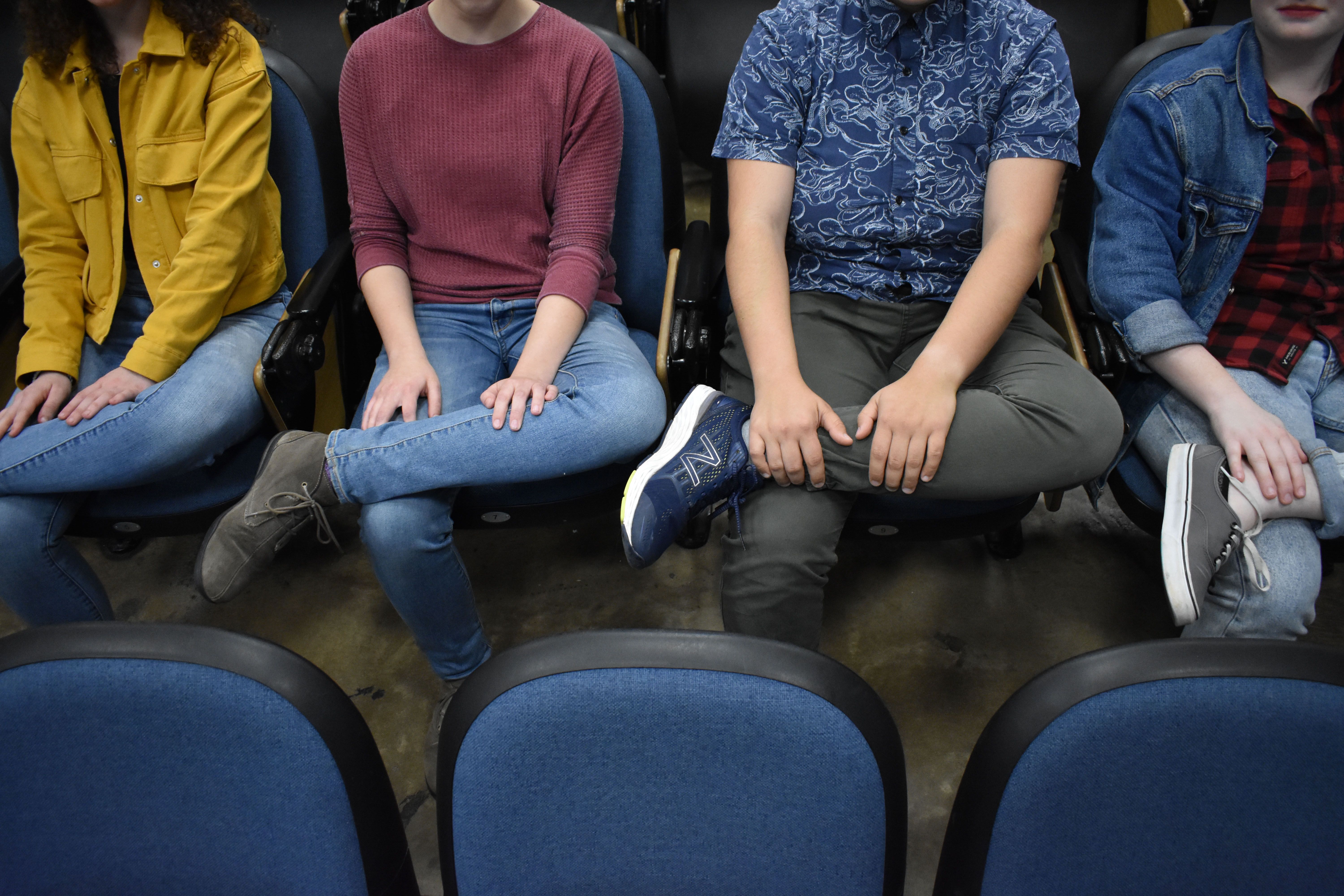 When Mags Hansen arrived at the University of Maryland this past fall, she made friends as any other freshman would. She met students on her floor in Prince Frederick Hall. She talked to classmates in her theater course.

And in September, Hansen began attending meetings for Women2Women, a group open to queer women of all orientations and identities.

Still, she wanted a place that was exclusively for lesbians — women who are solely attracted to other women.

“A lot of my friends are queer women, but they’re not specifically lesbian,” said Hansen, a mechanical engineering and theatre major. “It’s kind of lonely being the only lesbian.”

So in November, Hansen and other lesbians in Women2Women started working with the Pride Alliance to create Friends of Ellen, a group that would be a safe discussion space for lesbian students to connect and chat with each other.

But after about three months of email communication with the Pride Alliance and the LGBT Equity Center — where the group had hoped to meet — Hansen said they were turned down from becoming an official organization within the Pride Alliance, and it wasn’t entirely clear why.

In a March 3 email, the Pride Alliance told Paula Molina Acosta, a member of Friends of Ellen, that it was not interested in adding the lesbian discussion group to its programming.

“Our goal right now is to strengthen the groups we have been working with and to ensure that these groups continue to be sustainable and fruitful,” wrote Pride Alliance president Maria Aragon.

Aside from Women2Women, the Pride Alliance hosts groups for LGBT men, asexual and aromantic students, bisexual students and transgender students. They also announced a group for intersex students in a Feb. 26 email circulated by the Equity Center.

Since receiving the rejection email, Friends of Ellen’s roughly 15 members have been bouncing from location to location to hold informal meetings. They’re now exploring holding meetings within the women’s studies department.

But another group member, McCauley Brown, met with LGBT Equity Center associate director Shige Sakurai on March 25. Sakurai said the center is still open to hosting group meetings for Friends of Ellen even if they don’t get recognized by the Pride Alliance.

“We haven’t told this group that they can’t be hosted here. In fact, the conversations have been that we can explore that,” Sakurai said Wednesday of their conversation with Brown. “I’m excited that they are starting this group.”

Sakurai noted, however, that before being able to reserve space in the Equity Center, student groups typically are asked to gain recognition from the Student Government Association or the Student Organization Resource Center — something Friends of Ellen members said they’re not currently interested in.

“We will be, in the future, hopefully working with women’s studies or with SORC in order to be recognized by the school. It’s not a current priority because we’ve gotten a little tired of dealing with all this stuff,” Hansen said.

Regardless, the group is still confused over why they were turned down as an official group within the Pride Alliance, which could have allowed them to take advantage of the organization’s advertising and other resources. Hansen said that they received mixed messages.

A three-page statement sent to The Diamondback on Wednesday from the Pride Alliance offered some clarity as to why Friends of Ellen wasn’t granted recognition.

“In many ways, the decision to not host [Friends of Ellen] is rooted in interpersonal conflicts,” Aragon wrote in the statement. “In particular, one of the founders and facilitators of this would-be lesbian discussion made transphobic and biphobic comments which made others feel excluded from Pride Alliance affinity spaces.”

Stella Hurtt, a sophomore aerospace engineering major who is in Friends of Ellen, said she’s upset the Pride Alliance has given different reasons as to why it rejected them. And even if the organizations did have an issue with one member, she added, it was unfair of them to dismiss the entire group because of that.

“I don’t think it’s responsible to lie to the community you should be serving,” she said. “I don’t want them to take away the potential for lesbian community building just because they have an issue with one person.”