Maryland men’s lacrosse maintains No. 3 ranking after losing to No. 1 Penn State 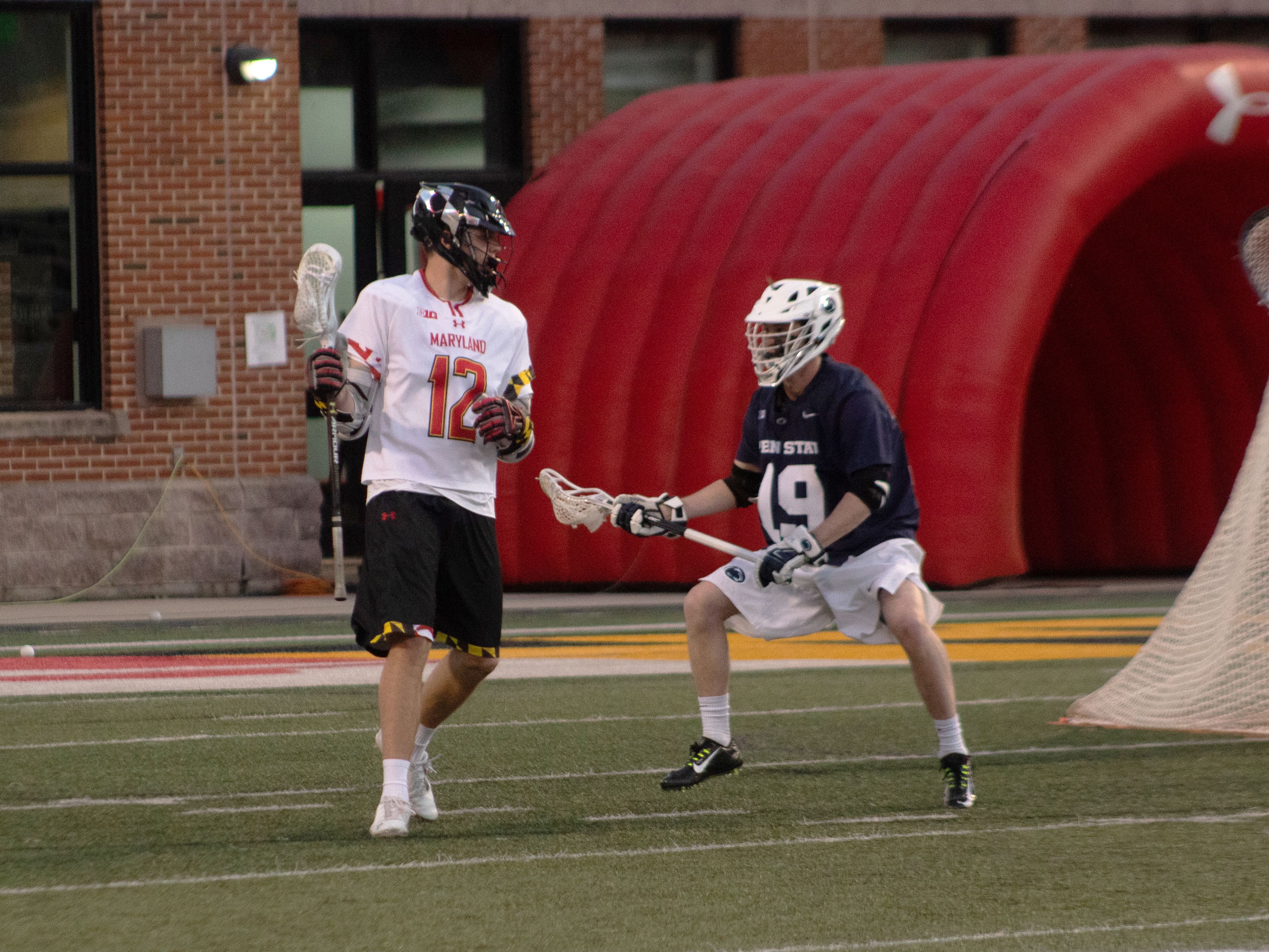 Midfielder Logan Wisnauskas surveys the field during No. 3 Maryland's 13-10 loss to No. 1 Penn State at Maryland Stadium on March 31, 2019. (Tyrin Gray/The Diamondback)

Despite suffering its second loss of the season Sunday, Maryland men’s lacrosse remained the No. 3 team in the Inside Lacrosse media poll released Monday.

The new rankings came one day after the Terps fell, 13-10, to No. 1 Penn State, which solidified the top spot in the poll and received 26 of 27 first-place votes. But with the three other top-five teams from last week losing, Maryland stayed in the No. 3 spot.

[Read more: Brett Makar is in rarefied air as a freshman starting for Maryland lacrosse’s defense]

The Terps’ effort against the Nittany Lions, coming back from an 8-1 first-quarter deficit to pull within one in the third quarter, also likely played a part in their ranking remaining the same.

Loyola moved up from No. 6 to No. 2, which Yale fell previously occupied until a triple-overtime loss to Penn.

Ohio State, which was the third Big Ten team in the top-four last week, fell to Rutgers for their first loss of the season. After becoming the final team in Division I to suffer a loss, the Buckeyes dropped to No. 9.

Maryland will play unranked Michigan on Saturday at Maryland Stadium, looking to avoid losing back-to-back home games for the first time since 2015. The Wolverines (3-6) enter Saturday’s contest on a five-game losing streak.