Everything you need to know about Quentin Tarantino’s ninth movie 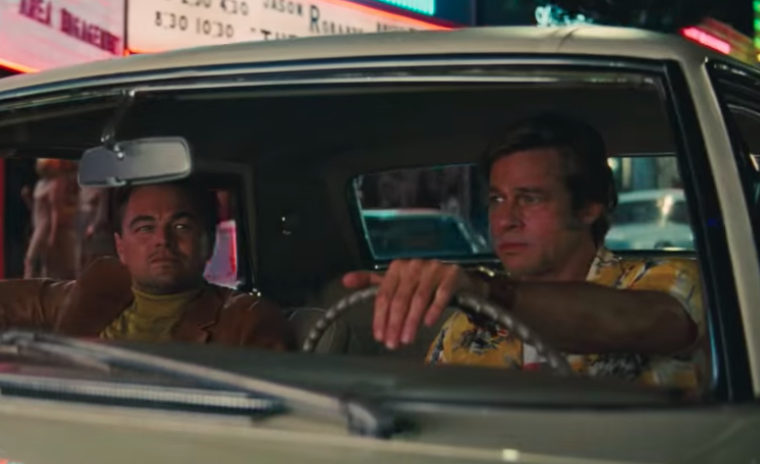 Leonardo DiCaprio and Brad Pitt in the 'Once Upon a Time in Hollywood' trailer. (Photo via YouTube)

Quentin Tarantino is continuing his recent affinity for period pieces with his fourth straight historical fiction flick. The first trailer for Once Upon a Time in Hollywood — Tarantino’s ninth film — came out last week, and it’s set to hit theaters this summer. Here’s everything you need to know about the movie.

Hollywood is set in 1969 — a seminal year for movies, culture and music, often seen as a turning point in the entertainment industry. From Woodstock to Easy Rider, 1969 was a time of change in the type of music and film the average consumer enjoyed, and it set up the wave of 1970s cinema that forever altered the way people watch movies. Hollywood seems to tackle this from the perspective of a declining actor (Leonardo DiCaprio) and his stunt double (Brad Pitt) traversing the turn of the decade.

DiCaprio and Pitt both play fictional characters, and their limited screen time in the trailer already showcases their electric chemistry together. Also featured in the trailer are Sharon Tate (Margot Robbie), Bruce Lee (Mike Moh) and Charles Manson (Damon Herriman), to name just a few of the real people who will make an appearance in Hollywood. My first guess is the film will take an episodic approach to DiCaprio and Pitt’s characters as they interact with famous icons in late-1960s Hollywood.

The music and imagery in the film is already incredibly exciting. Robbie is cast perfectly as Tate, and — potential spoiler alert if you don’t know your history — the Manson family killing her will probably be extremely violent, making it a tough viewing experience. It’s not like Tarantino to shy away from such gore. He has such a passion for pop culture history, and he showed with the ending of Inglourious Basterds that he’s definitively capable of balancing the truth with entertainment.

One of DiCaprio’s best performances was with Tarantino in Django Unchained. Pitt was incredibly fun in Basterds. Two of Tarantino’s frequent collaborators, Tim Roth and Michael Madsen, are listed on Hollywood’s IMDb page, as is Al Pacino, who has never before worked with Tarantino. The stellar cast is exactly what the movie would need for showing such an exciting, important year in pop culture, music and cinema.

Tarantino has said on multiple occasions that he is only planning on directing 10 films. With Once Upon a Time in Hollywood being the ninth, that means it’s likely the second-to-last opportunity to see his work on the big screen.

Like him or not, Tarantino has had critical and box office success for the nearly three decades and has spent lots of time and effort in each film. His explanation for the limitation to 10 films is that he wants to make each film as good as it can be. With only two left, it’s definitely fair to say this was a labor of love for him.

The first trailer for Hollywood definitely makes it a must-see for Tarantino fans and should pique the interest of others. Come for the cool music, imagery, set design and snappy dialogue, stay for what’s sure to be an exciting love letter to a turning point in American pop-culture history.