When Maryland men’s lacrosse hosts No. 1 Penn State, all eyes will be on Grant Ament 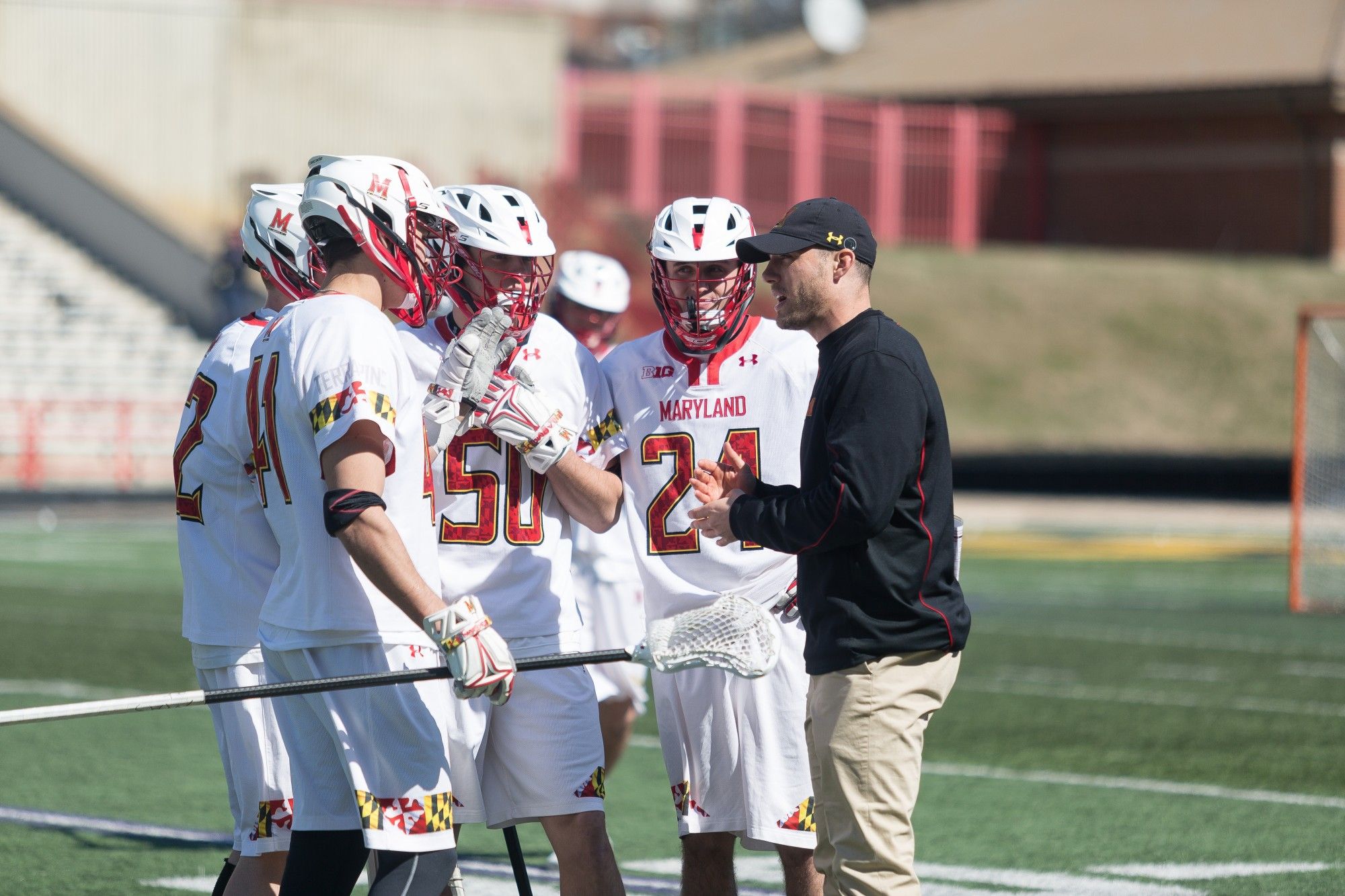 Maryland discusses a gameplan with assistant coach Jesse Bernhardt during its 11-10 loss to Albany on March 10, 2018 at Maryland Stadium. (Marquise McKine/The Diamondback)

No. 3 Maryland men’s lacrosse knows it has its biggest game of the season — its first matchup with a top-five opponent — coming up Sunday, when No. 1 Penn State comes to College Park. What’s unclear is whether one of the best players in the country, Nittany Lions attackman Grant Ament, will be on the field.

Ament, the leader of the nation’s top-ranked offense, didn’t play in Penn State’s most recent game against Cleveland State. Coach Jeff Tambroni has labeled him questionable for Sunday’s game because of a “lower-body injury.”

This has complicated Maryland’s preparation for its Big Ten opener, forcing the Terps to watch film of Penn State playing both with and without Ament. Coach John Tillman said his team will be ready for Ament to be at full strength but has some slightly altered gameplans if Ament is unavailable or playing at less than 100 percent.

“There are a lot of scenarios that we’ll go through with our team,” Tillman said. “I think the most important one is to go, ‘Listen, let’s plan on him playing and being at full strength.’ That’s the best thing we can do.”

[Read more: Brett Makar is in rarefied air as a freshman starting for Maryland lacrosse’s defense]

With Ament on the field, Penn State would have its primary playmaker to run its offense against Maryland’s seventh-ranked defense. A quick and dynamic playmaker, Ament uses his vision and pinpoint passing to find teammates who are constantly moving and cutting off the ball to free themselves.

Behind Ament, the Nittany Lions have a vicious offense, averaging 18.4 goals per game — more than two scores ahead of second-place Hobart.

“They can score in many different ways, so we’re just game-planning stuff going in, [seeing] different ways that we can counteract what they put out on the field,” defender Curtis Corley said. “They put up massive points — guys putting up 50 points in the season already.”

[Read more: Maryland men’s lacrosse moves up to No. 3 ahead of matchup with No. 1 Penn State]

Ament is a big reason for that. Returning from a foot injury that sidelined him for the entirety of the 2018 season, Ament tore through the first half of 2019. With 46 assists in just seven games, he’s already surpassed the program’s single-season record, and he’s on track to break the NCAA Division I record of 77.

Even with Ament sidelined against Cleveland State, Penn State still scored 15 goals in its victory Saturday. Attackman Mac O’Keefe, who’s often on the receiving end of Ament’s playmaking, led the charge with five goals and an assist.

O’Keefe is a dangerous attackman in his own right, leading the nation with 4.5 goals per game. He’s recorded a hat trick in all but one game this season, and has a season-high of seven. He’s one of five Nittany Lions averaging at least two goals per game.

“They’re very skilled, they have great ability. All those kids complement each other very well,” Tillman said. “And they also play very fast, so when they get the ball, they’re playing so fast that it forces you defensively to be on your toes and guarded at all times.”

As the Terps defense prepares to take on Penn State’s multi-dimensional attack, they’re embracing the challenge — and hoping to get the Nittany Lions at full strength.