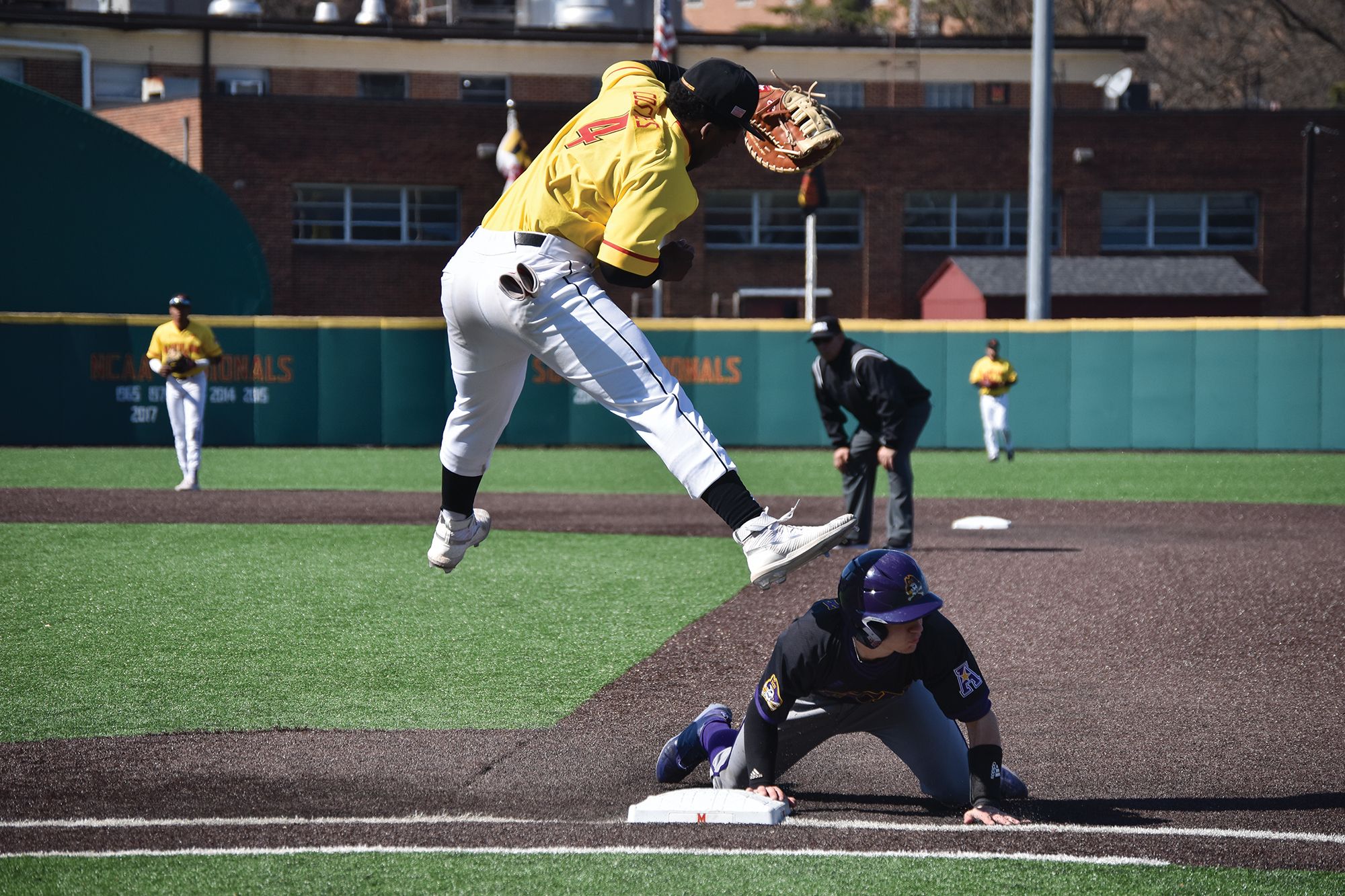 After giving a 10-minute speech full of statistics, baseball truisms and a whole lot of what-ifs, pitching coach Corey Muscara held his composition book up to the Maryland baseball team, huddled in the home dugout Thursday.

Muscara admitted as much himself. His speech covered both the team’s strengths and weaknesses, while emphasizing that Maryland — like most teams — is a couple of plays away from a much more attractive record. The speech, Muscara told his players, was an attempt to “bring light to where we are and who we are.”

The timing certainly seemed to be right, with the Big Ten slate beginning and a second-year coaching staff hoping to avoid another disappointing finish.

“It’s really easy to look at it and be like, ‘Holy cow, we are the worst team ever,’” coach Rob Vaughn said. “But the reality is, we’re really close. We’re really close to punching through in some really key areas.”

Last year, Vaughn felt his team starting to crack over the month-and-a-half after a midseason sweep to East Carolina. Between March 13 and May 6, the Terps went 11-21, spiraling out of contention before a final push nearly brought them back into the Big Ten tournament picture.

In hindsight, Vaughn may have been able to stamp down harder to prevent some of the finger-pointing that only compounded issues. He and his staff didn’t have a team-wide pep talk like they had Thursday, and the losses piled up.

“It was kind of just a battle between the hitters and the pitchers,” right-hander Hunter Parsons said. “But this year, I think this team has a lot more camaraderie. … I really believe we’re going to turn it around with Big Ten play.”

As Muscara drove to College Park on Thursday morning, he called Vaughn. They began talking about what the right message would be for the team, a conversation that continued in Muscara’s office as they compiled data and prepared their remarks.

Maryland’s .232 batting average ranks No. 264 in the nation, but 114 walks and 44 hit batters means the Terps have put plenty of runners on base. The problem has been scoring them. On the other side, the pitchers have allowed a respectable 7.43 hits per nine, but 4.98 walks is difficult to overcome.

“Let them hear this from you,” Vaughn told Muscara. “You’re really good at this.”

So, after practice, Muscara hammered home the improvement needed — however minute or widespread it may be — for the final 32 games of the regular season. He emphasized a team-first mantra, hoping to dispel any of the internal feuds that drove last year’s team apart.

Parsons said the pitching staff had heard similar spiels in the past. The team tries to keep its eyes away from the scoreboard, concentrate pitch-to-pitch and take heart in the little things it does well, hoping they amount into wins.

“Just one thing here or there,” Parsons said, “our season’s totally turned around.”

A dire stretch midway through the 2018 season led to a decisive series against Indiana in the final weekend. The Terps were ultimately swept, though, and they missed the Big Ten tournament, which Parsons said was “a huge dagger to the heart.”

The seniors started discussing how to fix the year’s mistakes shortly after those losses, and Parsons said there’s near-constant dialogue between them and the coaching staff to find ways to improve.

On Friday, Maryland opens its conference slate against the Hoosiers. It’s a chance to find some redemption for last year’s dismal ending, and a 12-11 nonconference record can be rectified with a strong Big Ten showing.

“It’s a new season,” shortstop AJ Lee said. “We’re starting brand new on Friday. Anything can happen from here on out.”

And Vaughn hopes that “anything” takes the form of wins.

Thursday’s speech, the first of its kind since Vaughn took the helm, was a rallying call for the second half of the season. Over the weekend, the coaching staff will get an idea of whether the team was listening.

“I thought it was what they needed at the right time,” Vaughn said. “You know, I don’t think that means we’re going to come out and win tomorrow, but I do think it kind of helps reframe things, gets guys in a good headspace going into a big weekend.”