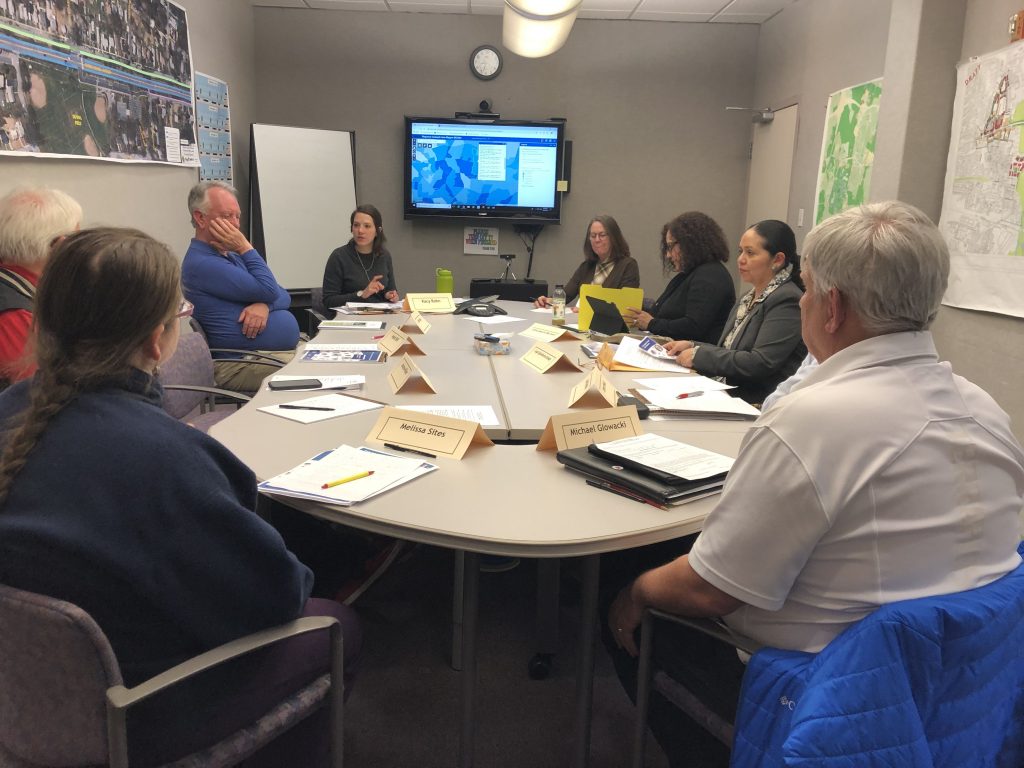 Lack of student involvement and a potential immigration status question are among the biggest obstacles to an accurate 2020 census in College Park, the city’s Complete Count Committee said at its first meeting Thursday.

Kacy Rohn, the city’s community development coordinator, said the committee hopes it will be able to cut through the Census Bureau’s confusing process and provide the community with resources to increase the city’s count.

The council appointed the 10-member committee in November to increase College Park’s census response rate after notably low numbers in 2010. The Complete Count Committee is part of a larger Census Bureau program that aims to reach undercounted populations.

“It’s not just the campus that has responded at a low rate,” Rohn said. “While that 49 percent really stands out as being the lowest, we’re fairly low across the board, so there’s certainly a lot of room for improvement going into 2020.”

An accurate census count is necessary because it determines the redistricting of legislative boundaries and the distribution of congressional seats, community services and more than $675 billion annually in federal funds.

In 2010, a similar committee was established but started meeting informally only a few months out from the census date, meaning they had a limited success, Rohn said.

Among the committee’s top concerns Thursday was how to involve students, since they should be counted in the city of College Park while attending school whether they live there on or off-campus, even if they go back to their parents’ homes for breaks and vacations, according to the U.S. Census Bureau. However, census officials find that students are often counted in with their parents, said community engagement office director Gloria Aparicio Blackwell.

Melissa Sites of the College Park Arts Exchange said the city could use online platforms to involve young people in the count.

“People are really linked in with social media,” she said. “It doesn’t always have to be Facebook — it can be other things as well.”

Committee members considered recruiting student volunteers for outreach methods and potential help centers as well as targeting them through social media and working with the university — which has two representatives on the committee.

The committee also hopes to recruit a student member. Though the resolution that created the committee outlined an ideal of including two student members, Rohn said they were unable to find someone willing to commit to the role for a year.

“I think it’s a civic engagement responsibility,” said Blackwell. “So I think we really need to rally the students.”

Committee members also expressed concerns about the potential inclusion of a citizenship question, which could dissuade immigrant residents from responding regardless of status.

In January, a New York judged ruled against the addition of the citizenship question, which the Trump administration sent to the Court of Appeals. However, because of the time-sensitive nature of the ruling, the case has gone straight the Supreme Court, which will begin hearing arguments April 23.

Workers in the Census Bureau take a confidentiality oath not to share identifying information with the government, and it’s illegal to release information that would identify individuals or families, Rohn said.

But committee members’ concerns aren’t unfounded, Blackwell argued, since information from the 1940 census was found to have been used in targeting Japanese families for internment camps.

Rohn agreed that regardless of the court’s decision, and whether the question is included, the damage has been done.

“Either way, the fear has already been planted in people, and no matter what the Supreme Court decides, this is still an issue that we’re going to have to address,” Rohn said. “I don’t think there’s any way to erase that.”

The committee applied for a $34,385 grant from the Maryland Department of Planning, which would be used to fund general promotional activity and a census community organizer position. The amount is almost three times what the proposed budget for College Park’s fiscal year plans to allocate and will be announced Monday.

CORRECTION: A previous version of this article incorrectly stated that the Complete Count Committee applied for a $38,000 grant from the Maryland Department of Planning. It was a $34,385 grant. This story has been updated.