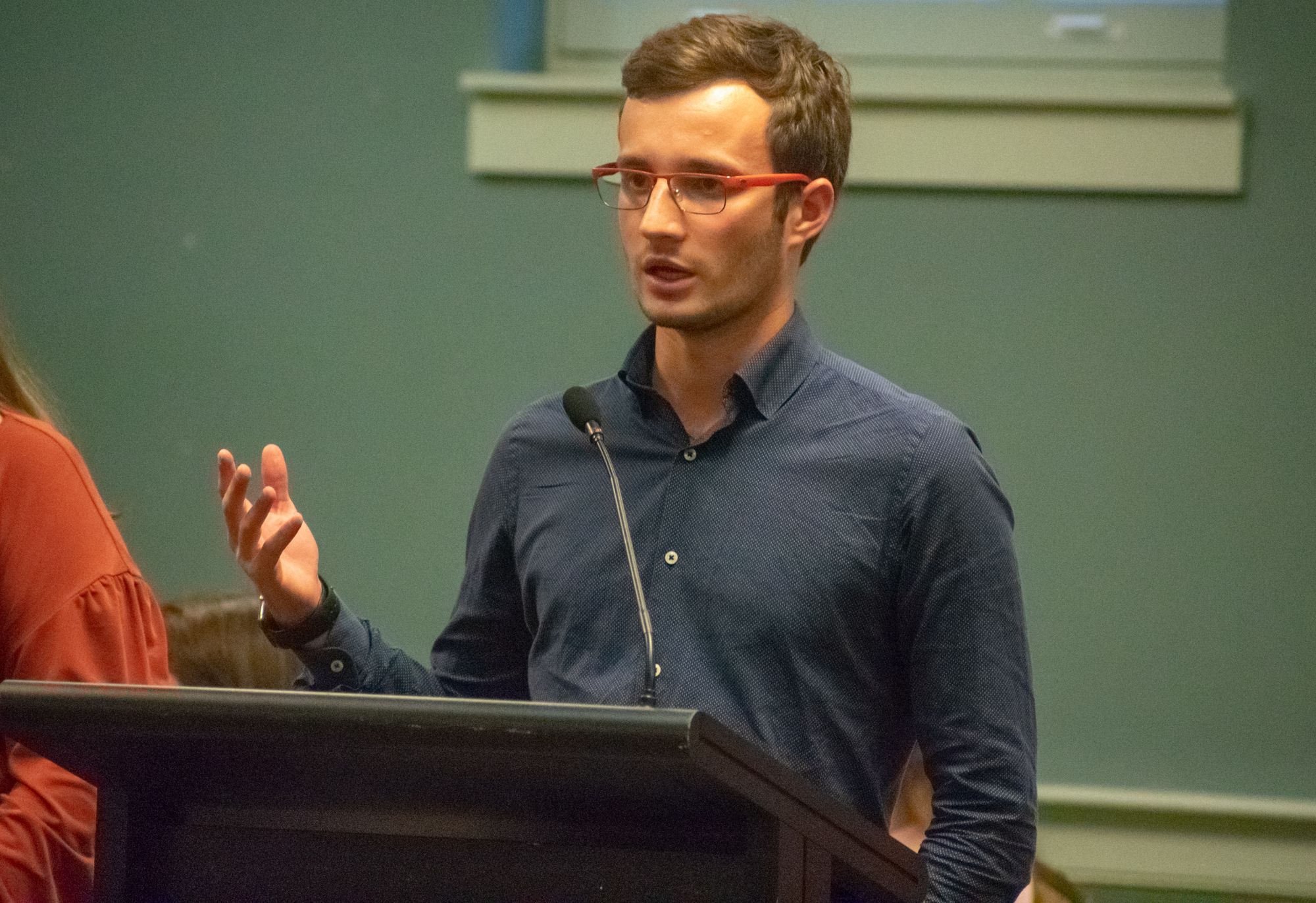 What could have been a relaxing spring break for student leaders at the University of Maryland unfortunately turned into another episode of conflict between student activists and the Student Government Association. SGA President Jonathan Allen spoke at the American Israel Public Affairs Committee policy conference Sunday, the largest meeting of pro-Israel politicians, lobbyists and donors in the U.S.

Countless essays and articles have been written enumerating the reasons that AIPAC is destructive. In short, AIPAC uses its outsized financial influence and power as a lobbying organization to silence legitimate criticism of Israel and the atrocities it commits against the Palestinian people.

Given the prevalence of anti-Muslim sentiment in the U.S. and the recent violence in New Zealand and Gaza, supporting an organization that spreads public mistrust of pro-Palestinian and Muslim activists feels deeply hurtful.

After this university’s chapter of Students for Justice in Palestine and Political Latinxs United for Movement and Action in Society called out Allen on Twitter, Allen clarified on Twitter that he was “speaking/representing [his] own views on the US-Israel relationship,” not those of the SGA or the student body. Though he issued a clarifying statement before he spoke, his name was still listed under the title “Student Body President, University of Maryland” on the list of AIPAC speakers.

If Allen, an elected leader — whose name is inextricably linked to his position as a representative of the student body — chose to speak at the conference after hearing student criticism, it’s perfectly understandable that SJP would feel like their voices were being ignored. Allen has a right to speak at the conference, but his decision to do so went against the values of much of the university community.

It can sometimes feel frustrating to spend so much time and energy discussing what appears to be a distant problem when there are other, seemingly more pressing issues on the campus. But personally, as a student leader and activist, I’ve learned so much from both the successes and the failures of the movement for Palestinian liberation spearheaded by SJP.

While SJP activists have been criticized for being uncivil and divisive, in my experience they’ve been more than civil — they’ve elevated their cause while showing remarkable grace under disproportionately harsh pressure from entrenched institutional forces.

They’ve brought forward a resolution to the SGA to support the Boycott, Divestment and Sanctions movement, which advocates nonviolent economic tactics to shed light on the illegal Israeli occupation of Palestinian land. They’ve demonstrated peacefully at Israel Fest. They’ve been unafraid to use social media, letter-writing and die-in demonstrations to make clear that they won’t accept complacence in the face of atrocities.

Though it’s frustrating to face unresponsive SGA leaders, the resilience displayed by SJP, PLUMAS and other activist groups makes me hopeful. With threats of white supremacy and fascism looming large around the world, there is much that we must work together on to change.

Keeping those shared goals in mind, SJP was right to challenge Allen on his decision. They and other student activists should continue pressuring Allen and any other elected officials who they disagree with. Bold activist tactics will help us all in the struggle for liberation — Allen and the SGA would do well to remember that.