Why you should stop buying and wearing Supreme 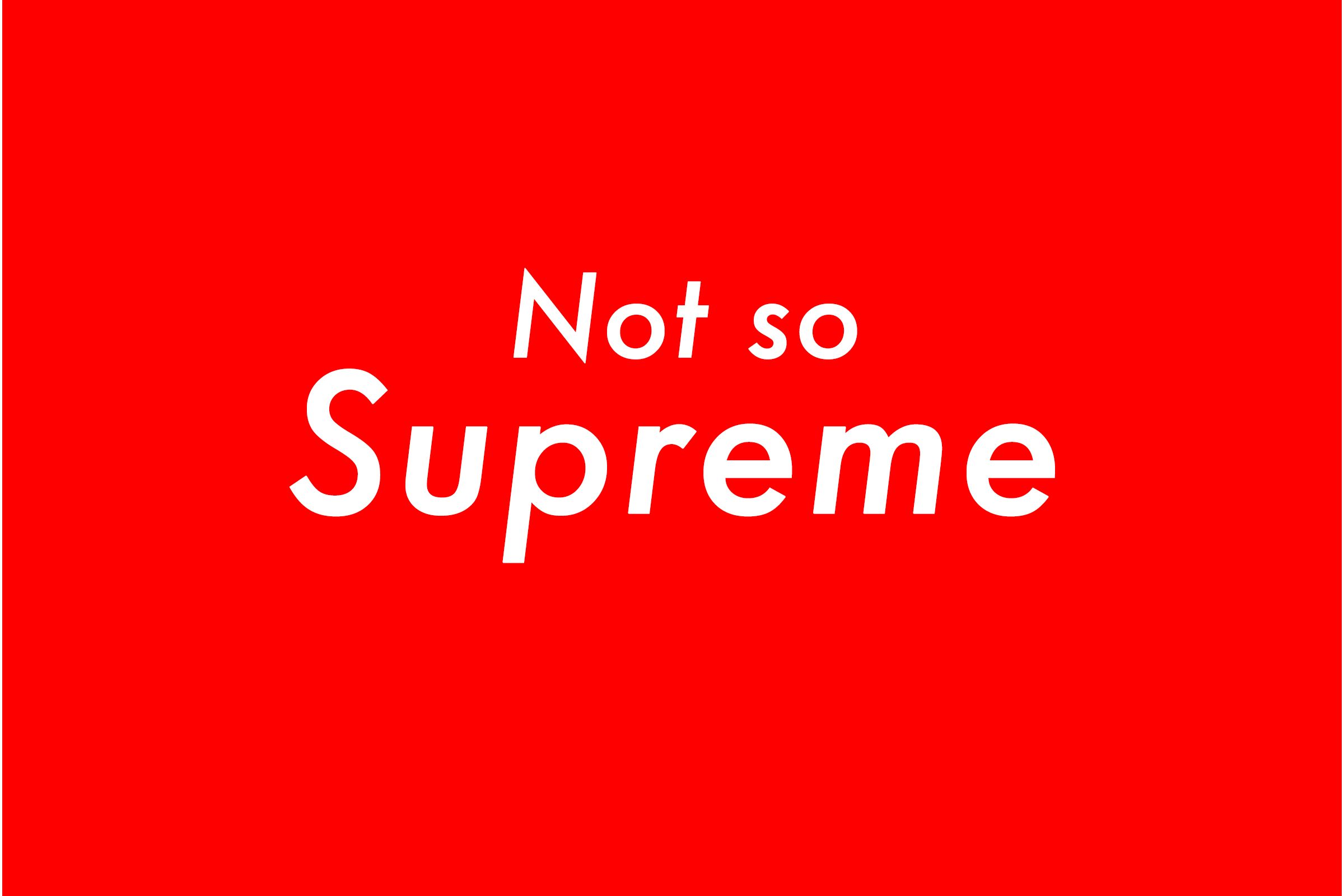 Whether you care about fashion or not, you’re probably familiar with Supreme and its unmistakably simple logo. The red rectangle and white Futura bold italic lettering has become, if nothing else, a symbol of coolness. And although this easily obtainable status symbol may seem irresistible, Supreme isn’t worth buying or wearing. Here’s why.

Price is probably the first line of defense stopping consumers from purchasing the logo-branded apparel. Supreme is laughably expensive. Because its website has limited items for sale, it’s hard to give an exact estimate of how much you’d have to pay for, say, a simple white tee with the red logo, but the T-shirts they currently offer start at $48, and you’d likely pay over $100 on any resale site.

These resale sites — like Grailed and StockX — are where prices skyrocket from expensive to outrageous. No one, much less college students, should be dishing out $375 for a hoodie, $388 for a director’s chair or $2,650 for a Louis Vuitton collaboration wallet. Supreme believes that slapping its logo on unusual items like a crowbar or a dog food bowl makes them more valuable.

[Read more: Three things to spend $1,550 on instead of a Canada Goose jacket]

It’s not what skateboarding culture is supposed to be about

Supreme was founded as a skate brand that aimed to merge luxury brands with traditional, blue-collar skating brands — and it succeeded. It’s grown from a small shop on Lafayette Street in New York to the biggest name in streetwear and skate fashion.

In 2017, Supreme showed the world how far it has come when The Carlyle Group purchased 50 percent of the company for $500 million, effectively giving the brand a value of $1 billion. Who is The Carlyle Group, you might ask? A fashion conglomerate? A group of former skaters and streetwear culture enthusiasts? No, The Carlyle Group is an investment firm that has $216 billion in assets.

The Carlyle Group has its hand in dozens of companies, but none more intriguing than its stake of WESCO — which, through a contract with BAE Systems, is producing jets that Saudi Arabia is using to bomb Yemen. Sure, this venture is a few corporate ladder rungs from Supreme, but now that Carlyle owns half of Supreme, it’s impossible for the fashion brand to completely distance itself.

Skating culture isn’t about selling out to billionaires who are making money off the war in Yemen. It’s a culture and sport founded around self-expression — and snubbing your nose at those in positions of power.

It’s not as creative as you think

If the Supreme logo style looks familiar to you, there’s a reason. American artist Barbara Kruger employed the same bold Futura red and white patterns in pieces of art created up to a decade before the streetwear company was born in 1994. To his credit, Supreme founder James Jebbia has acknowledged Kruger’s influence on the logo, but that did not stop Kruger from dishing out a hall of fame response in 2013.

Perhaps the most ironic part is Kruger’s work is anti-capitalist, and now her signature style is being employed by a company backed by a $200 billion investment fund.

You could be supporting other, better brands

Part of fashion is buying into trends, sure, but it’s also about making your own independent and creative decisions. If you like Supreme’s style, but don’t want to dish out triple digits for a T-shirt, then there are plenty of other brands to support.

Stüssy, a streetwear company that Supreme founder James Jebbia used to work with, is one of the most respectable brands right now, and its cursive signature logo is always being repurposed in different designs. The Shepard Fairey-founded clothing company Obey is famous for its propaganda-like designs. You can find similar types of simple block lettering and single color designs that Supreme employs in Obey’s catalog.

Of course, I can’t actually stop people from buying Supreme. If you have the money and interest, then why should anyone stand in the way? But at least now, when you put on that pricey T-shirt, you’ll know the history of the brand you’re supporting.