Maryland men’s lacrosse moves up to No. 3 ahead of matchup with No. 1 Penn State 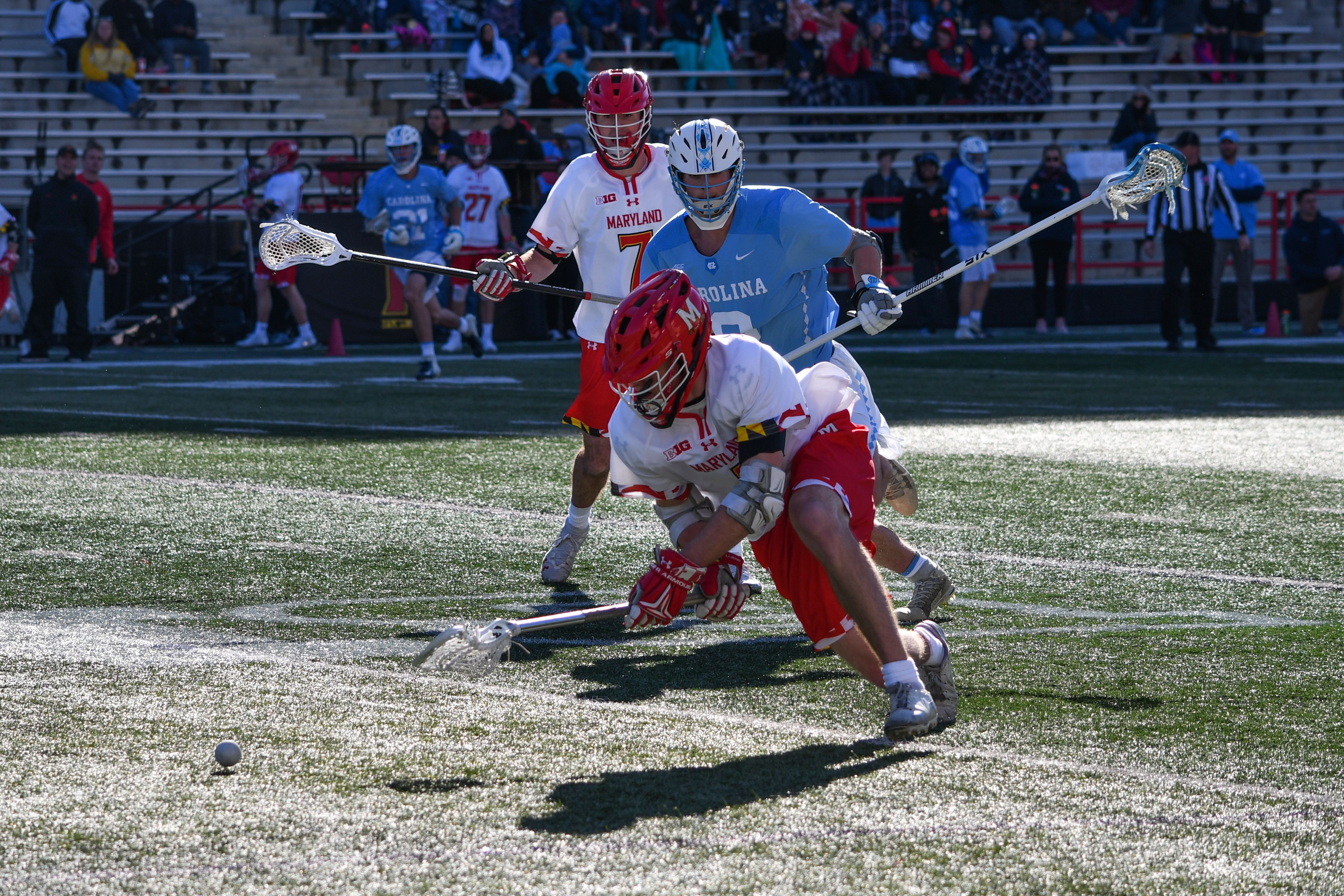 Attackman Jared Bernhardt trying to retrieve the ball in Maryland's 16-9 win over the Tar Heels at Maryland Stadium on March 23, 2019. (Alex Chen / The Diamondback)

Following its 16-9 win over then-No. 19 North Carolina on Saturday, Maryland men’s lacrosse (8-1) rose one spot to No. 3 in the Inside Lacrosse media poll released Monday. The rise sets up a top-three matchup with Penn State on Sunday night at Maryland Stadium.

The Terps have used three consecutive wins since their loss to Notre Dame on March 3, which dropped them to seventh in the poll, to ascend back into the No. 3 spot they began the season in.

Penn State (7-1) remained at No. 1 with its 15-11 win over Cleveland State, which came without attackman Grant Ament, who leads the nation in points per game and has 46 assists in seven games. His current assist mark puts him on pace to break the NCAA single-season record of 77 assists.

Ahead of the Nittany Lions’ matchup with the Terps, a Penn State spokesperson told Inside Lacrosse that Ament’s status was “day to day moving forward.”

As the Big Ten portion of Maryland’s schedule begins, three of the six conference teams are ranked in the top five, while Johns Hopkins (4-4) is slotted at No. 20.