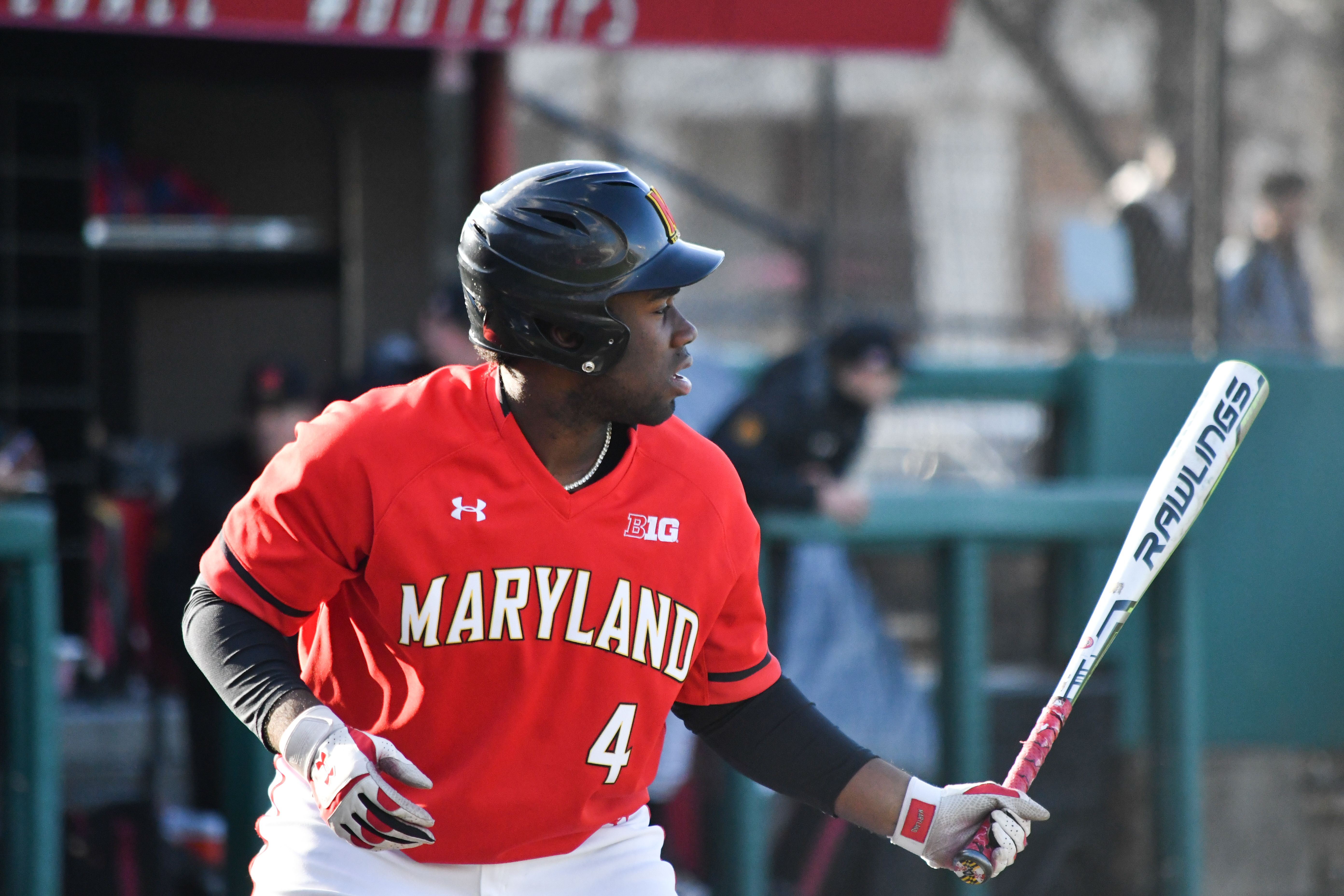 It took one swing of the bat from first baseman Maxwell Costes for Maryland baseball to earn its season sweep over Delaware.

Costes, just a month into his rookie season with the Terps, has been a bright spot throughout the campaign. Entering Wednesday’s matchup against Delaware, his .327 average led the team.

And once again, the two-time Big Ten Freshman of the Week delivered. Costes clobbered a grand slam in the eighth inning, pushing Maryland well out of the Blue Hens’ reach en route to an 11-6 win.

“Our last couple games we’ve been ahead and haven’t played from behind,” right-hander Will Glock said. “Today was a good day, come from behind, backs against the wall, put up some runs when we’re down.”

Maryland came into the game on an offensive hotstreak, scoring at least seven runs in each of its games against Stetson last week, while the Blue Hens went into the game having picked up their first win of the season against Fairfield on Sunday.

Left-hander Drew Wilden had a tough start Wednesday for the Terps, allowing a leadoff double to center fielder Kevin Molhollen. Third basemen Jordan Hutchins drove Molhollen in with an RBI double two batters later, but Wilden got out of the inning with two strikeouts and a groundout to third.

The troubles continued for Wilden in the second inning, giving up a leadoff solo home run to catcher Jack Goan and allowing two base runners before coach Rob Vaughn signaled to the bullpen. Glock took over on the mound and allowed one of Wilden’s runners to score before stranding the bases loaded when he struck out shortstop Vinny Vaccone.

Maryland struggled early offensively, leaving bases loaded in the second and third innings. The Terps were unable to capitalize on the sloppy pitching from the Blue Hens, who gave up five walks and hit five other batters during the game.

In the fourth inning, though, the Maryland offense broke through with four runs, beginning with an RBI triple from left fielder Caleb Walls and concluding with shortstop Benjamin Cowles’ two-run double down the left-field line.

From there, the depth of both bullpens was tested. Maryland relievers Tuck Tucker and Elliot Zoellner combined to allow one earned run through four innings, while Delaware arms Jack Dubecq and Justin Tomovich combined for a stretch of retiring nine straight Maryland batters.

So, going into the eighth inning, the Terps held a narrow 4-3 lead. But Walls and center fielder Chris Alleyne both hit singles and third baseman Taylor Wright was intentionally walked, setting up Costes with a bases-loaded, two-out chance.

Costes powered his third home run of the year — and second against Delaware this season — to open a five-run advantage.

“It felt amazing,” Costes said. “Hitting a grand slam in a big spot like that, see the dugout get hyped, it always feels good to do something like that.”

Delaware scored three more runs in the eighth against right-hander Nick Turnbull, but Maryland adding another three runs off a wild pitch and a two-run homer from Alleyne in the ninth to hold off the Blue Hens.

Maryland enters its weekend series 4-1 in its last five games, but will be tested by No. 17 East Carolina (12-6) at Bob “Turtle” Smith Stadium. The Pirates swept the Terps last season in Greenville.

“Every game we go into we’re going to play to win,” Vaughn said. “ We’re going to do what we have to do that day to win.”