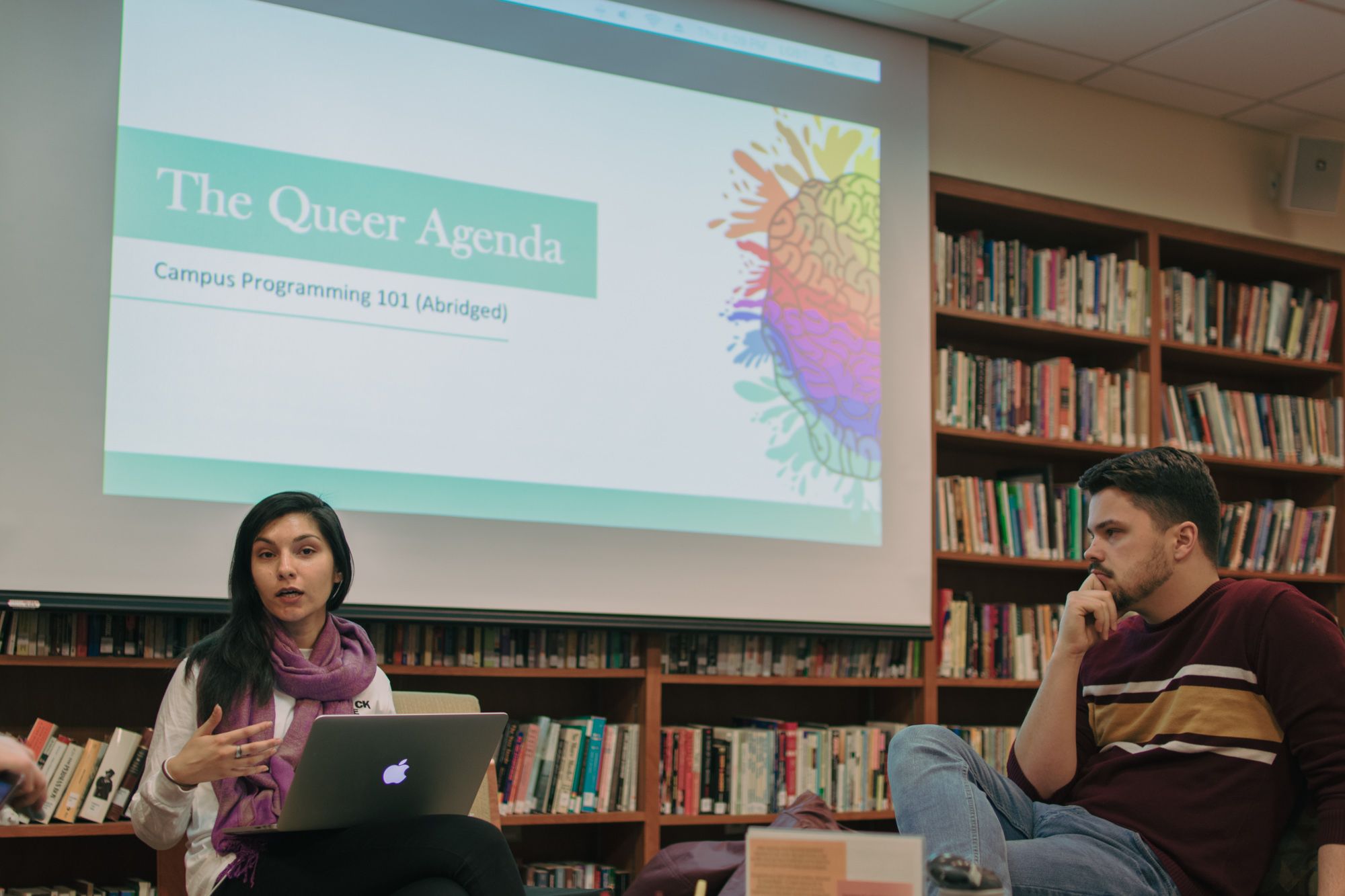 In a bright room on the second floor of the University of Maryland’s Marie Mount Hall on Thursday, students sunk into multi-colored couches, one student with his feet up on a table.

On a counter behind them, a wooden box of various herbal teas sat open next to a water cooler with a note saying, “Drink Me.”

These students were at a meeting for the Queer Agenda –– a group the LGBT Equity Center and the Office of Multicultural Involvement and Community Advocacy created last month to provide an informal, welcoming space for students to discuss how to promote LGBT inclusivity through new and existing clubs.

Collin Vernay, a graduate coordinator at MICA, said the club’s founding came from queer students expressing concern over their safety on the campus and their interest in a safe place to talk about making this university more inclusive to LGBT individuals.

“Safe space should be less of a question and more of a given,” Vernay said. “Having safe spaces can make a radical difference for students. … It helps them feel safer on campus, more connected and less isolated –– which we know to be a very strong buffer against anxiety and depression.”

Vernay added that there have likely been even more incidents that have gone unreported.

[Read more: A swastika and anti-LGBT writing were found in UMD dorms over the weekend]

Rajni Sharma, the graduate assistant in the LGBT Equity Center who co-leads the group with Vernay, said creating more clubs and programming to advocate for acceptance of LGBT students can help push back against these types of incidents.

“Encouraging these students to engage in starting their own advocacy efforts on campus will hopefully reach spaces that we might not be able to always reach,” she said.

So far, the Queer Agenda has met twice with about five students in attendance for both sessions. At the club’s most recent meeting on Thursday, Vernay and Sharma spoke to the group about the process of applying for club and event funding from the Student Government Association, how to set up an event and various outreach strategies.

Sharma said students come to meetings with a variety of situations.

While some need help with logistics within their existing LGBT group, others want advice on how to promote LGBT inclusivity in non-LGBT-centered groups or give feedback on ideas for new clubs.

“For instance, one student said, ‘Oh, I want to build stronger ties between religious communities on campus and the LGBTQ community on campus,” Sharma said. “Just that person putting out that idea sent a chain reaction in the group where people wanted to support this person while also giving resources.”

Junior civil engineering major Elliot Hefty, who has attended both of the Queer Agenda meetings, said he’s interested in starting a Christian group for queer students. A recent transfer from Howard Community College, he said that the group helps keep him from feeling “lost at sea.”

Hefty, a member of the LGBTQ community on this campus, is hopeful about what involvement in the club has in store for him.

“I have these big ideas floating around,” he said. “I came [because] I knew it was network-based and leadership-based.”

However, Vernay said that even with the Queer Agenda’s help, rewarding outcomes that promote LGBT inclusivity do not happen overnight.

“But there’s a lot of meaning to be found, a sense of community that is fostered, and a lot of joy to be had in the process,” he said.