Why did UMD give Carly Fiorina a platform for Women’s History Month? 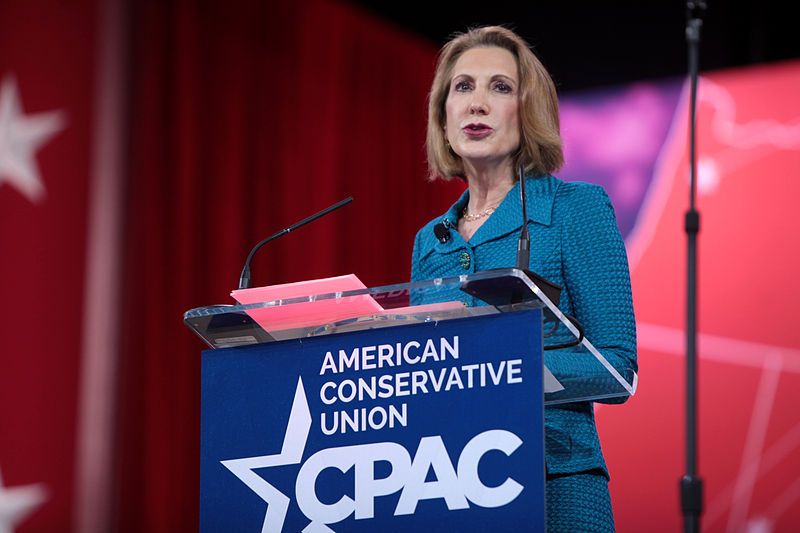 On March 5, the University of Maryland’s business school did its female students a disservice by hosting alumna Carly Fiorina as the honored guest of their eighth annual Women Leading Women forum.

It’s understandable why the business school would choose Fiorina to speak at such an event. In a male-dominated industry, she’s had to withstand sexism and forge her own definitions of success. After receiving her masters of business administration from this university in 1980, Fiorina went on to hold high-level positions at corporations such as AT&T and Hewlett-Packard. She was named the most powerful woman in business by Fortune Magazine in 1998 and would hold the title for the next five years.

But since her first foray into politics with her work on John McCain’s 2008 presidential campaign, she’s made it clear that her beliefs do not aim to uplift all women.

Fiorina first ran for public office in 2010 against incumbent Sen. Barbara Boxer in California. She made the choice to campaign on a platform that opposed same-sex marriage legalization; only favored abortion in cases of rape, incest and endangerment of the mother’s life; and likened her opponent’s plans to address climate change to worrying about “the weather.”

She ran for president in 2016 on a similar platform, which included opposition to federally mandated paid maternity leave. She made headlines during a debate in which she made inflammatory and blatantly false statements about Planned Parenthood, a vital organization that helps low-income women access mammograms, cervical cancer screenings and abortions. Following her campaign termination, she was selected as a running mate by Ted Cruz, who has publicly called for slashing federal funding for Planned Parenthood.

It’s one thing to hold these beliefs as a private citizen or a business leader. But actively running a campaign that includes provisions to roll back basic human rights for women is unconscionable. It is an affront to women to select Carly Fiorina as the guest of honor for an event during Women’s History Month. If your policies do not support all women, then you simply do not support women.

Fiorina can afford to forgo mandatory minimum maternity leave. With a net worth of $59 million as of 2015, she would never have to face the decision of either leaving her job to care for her children or going bankrupt to pay for childcare. It’s no secret either that if Roe v. Wade were to be overturned, wealthy and privileged women would have access to safer abortions than their lower-income counterparts. By ignoring Fiorina’s policy beliefs, the business school is doing its female students no favors.

The business school has many other alumnae to be proud of. Bea Perez, who graduated in 1991, is the Senior Vice President and Chief Communications, Public Affairs, Sustainability and Marketing Assets Officer at Coca-Cola. She has been instrumental in developing World Without Waste, which is Coca-Cola’s promise “to collect and recycle the equivalent of every bottle or can it sells globally by 2030.” Rashida Petersen, a 2003 alumna, is the founder and CEO of 1847 Philanthropic, a consulting firm that specializes in building financial stability of local organizations in developing countries.

Carly Fiorina is not by any means the most morally abject person to come out of the business school. But for Women’s History Month, someone who advocates for women to have fewer rights and is blinded by her own privilege should not be honored by the business school, regardless of professional success.