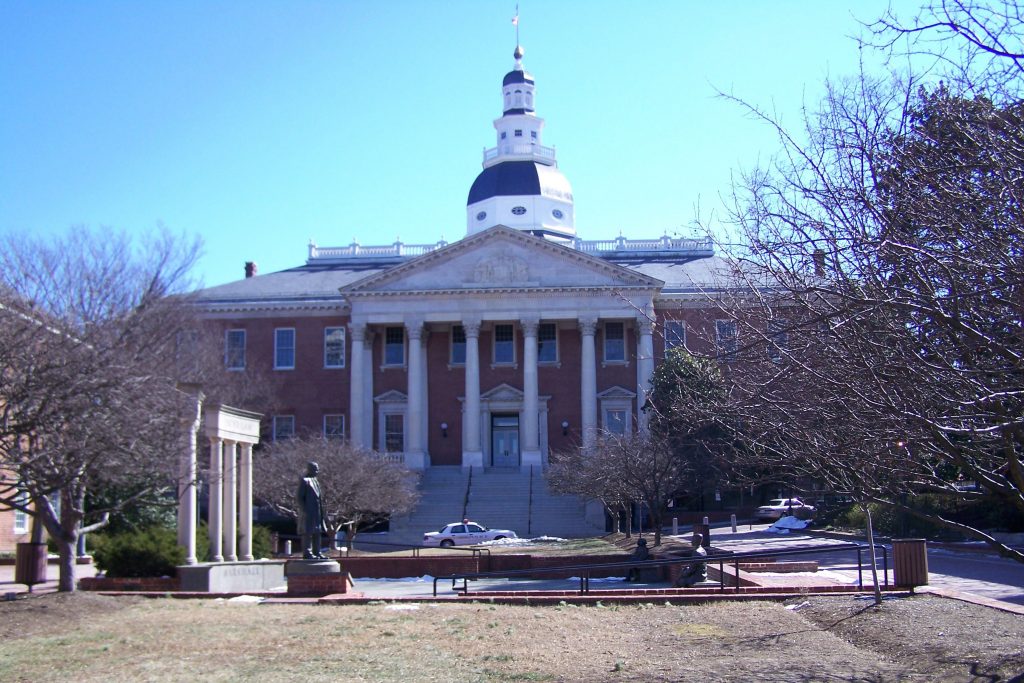 About two dozen University of Maryland graduate students sat through more than four hours of hearings in the state Senate Finance Committee on Thursday afternoon, waiting for lawmakers to discuss a bill that would give most graduate employees in the state collective bargaining rights.

Of these students, only three were there to deliver oral testimony, communication doctoral student Will Howell pointed out. The rest simply wanted to make a point.

“They’ve stayed here for four-and-a-half hours so you can look up, and see them, and see how badly we want this,” Howell said.

Sen. Delores Kelley (D-Baltimore County), chair of the Senate Finance Committee, threw her support behind the graduate employees in attendance. She said she was once in their shoes, teaching four courses each semester as a teaching assistant at Purdue University.

TAs carry much of the undergraduate teaching load, Kelley told the other lawmakers. But they do so without having desks or offices of their own and often without knowing if they’ll have a job until a week before the semester begins.

“I feel for these students, and we have to do better,” she said.

Before the hearing began, graduate student activists dropped off written testimony from more than 90 students, student leaders and faculty from this university, as well as others in the University System of Maryland.

Activists also submitted a petition with more than 800 signatures, supporting the legislation that would give graduate student workers in the university system and two other public institutions the right to unionize.

In her testimony to the committee, Alessandra Zimmermann detailed abuses of power she said she saw from supervisors in the chemistry and biochemistry department over the five-and-a-half years she’s been a doctoral student at this university. Zimmermann said the supervisors see their graduate students as disposable labor.

Many of the offending supervisors were once graduate workers who were abused themselves, Kelley said.

“We have to break the cycle,” Zimmermann said.

This time around, graduate school Dean Steve Fetter didn’t testify in person, electing to submit written testimony in opposition to the bill. Instead, Gregory Ball, the dean of the behavioral and social sciences college, joined Joann Boughman, the system’s senior vice chancellor for academic and student affairs, in opposing the legislation.

In her comments to the senators, Boughman said that graduate students in the system have access to a robust system of shared governance that allows them to interact with leaders at their universities. In addition, they have the chance to air job-related concerns with the administration in a process called meet-and-confer.

But because this process doesn’t result in a binding agreement, it’s largely ineffective, said Duncan Griffin, a member of the Graduate Assistant Advisory Committee, the group that represents this university’s graduate employees in meet-and-confer meetings.

“The administration is always finding some reason [why] there’s nothing they can do or their hands are tied,” said Griffin, a master’s student in library and information science. “But, I would imagine, if graduate employees had the right to collective bargaining, the administration might be able to be a little more creative to finding solutions to the grievances we bring.”

Graduate employees across the system share Griffin’s frustrations with meet-and-confer.

The system conducted a survey in fall 2017 and found that only two of the nine campus graduate student advisory groups felt that interactions between graduate assistants and administrators were “positive and fruitful.”

Boughman said that graduate student workers at this university haven’t fully taken advantage of meet-and-confer — they never hired union representatives to help in talks, which is allowed in the process.

But according to the system’s meet-and-confer policy, GAAC would have to host an election to enlist a labor representative — an election that would only be valid if half of the school’s graduate assistant population voted.

Howell also expects that GAAC would likely have to pay the labor representative even though they wouldn’t be helping negotiate a contract.

“Unions don’t do this shit for free,” he said. “It would be like going into a coffee shop, paying for a cup of coffee and walking out with nothing.”

[Read more: Some UMD faculty live in poverty. A state bill would expand their union rights.]

But in one afternoon, communication doctoral student Katie Brown found 14 universities that included research assistants in their collective bargaining agreements. She and Howell said the testimony from Fetter and Ball was an example of the graduate school using lies and misinformation in their opposition to the bill.

“These are the people who we’re supposed to be meeting and conferring with,” Brown said. “This is what we’re up against.”

Alex Dunphy, a history doctoral student and GAAC officer, also noted that this university has one of the highest discrepancies between pay and area cost of living in the Big Ten. It costs $36,492 per year for an adult to live in Prince George’s County, according to the MIT Cost of Living Calculator, and the minimum stipend for a graduate employee working on a nine-and-a-half-month assistantship is $17,455.

“I don’t see that being solved through the kindness of the administration’s heart,” Dunphy said.

Graduate employees received a 2 percent cost-of-living-adjustment in January and will receive an additional 0.5 percent adjustment on April 1, bringing the minimum stipend to $17,542. Subject to the availability of funding, Fetter wrote, the stipend might increase another 4 percent in July.

“The old planet I came up under ought not be the future for graduate students,” she said.

CORRECTION: Due to a reporting error, a previous version of this article misspelled Alessandra Zimmermann’s last name. This article has been updated.