Maryland gymnastics hopes to carry its momentum into another double weekend 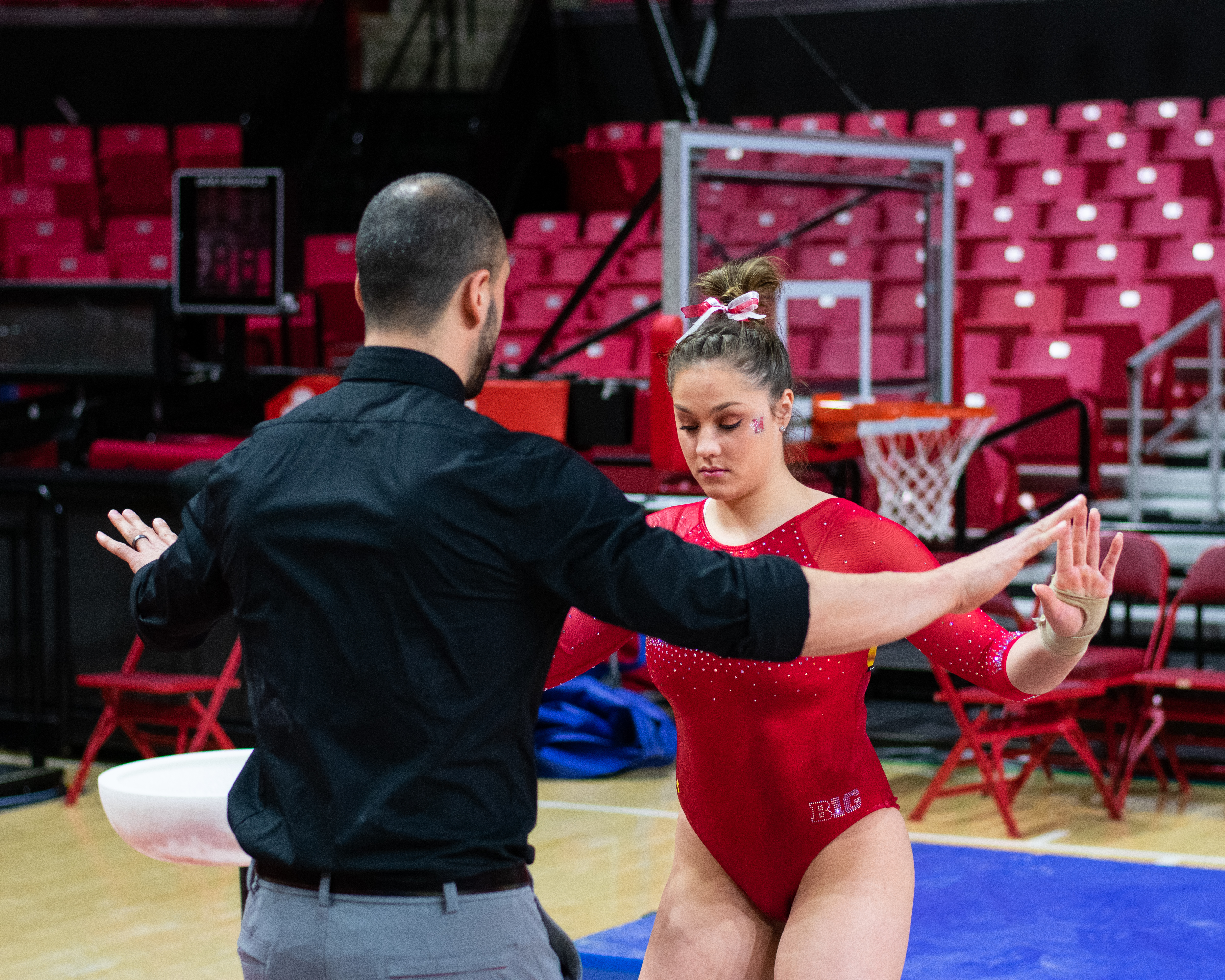 With Sunday’s Senior Day rapidly approaching, the Maryland gymnastics team is beginning to feel the emotions on the horizon.

But before the Terps get there, they’ll travel to Temple on Friday for a quad meet as part of a second consecutive two-meet weekend.

Coach Brett Nelligan’s squad had a disappointing performance last weekend, failing to break 195 in either meet but finishing on a high note by using a season-high score on floor to salvage a 194.975 win against George Washington.

Maryland hopes to get back to basics to post the scores it needs for a spot in the NCAA Regionals.

“One of our focuses was not paying attention to the scoring,” Nelligan said. “That was something the team really wanted to focus on — just us and not the scores.”

For most of last weekend, those scores weren’t where the Terps wanted them to be. On Friday, Maryland posted a 194.825 — its lowest mark since Jan. 26. The Terps hoped to put up a better display as they returned home to face the Colonials again three days later.

Maryland counted a fall on bars Monday, making a bounceback performance difficult. But three scores of at least 9.825 on floor powered the team to a season-best 49.15 to close the meet, pushing the Terps to their 194.975 win.

“We ended the second half of Monday with such force and fierceness,” senior Shynelle Agaran said. “As long as we continue that into this weekend, I think we’ll do great.”

The Terps, now ranked No. 34, will be looking to put up some big scores this weekend to push themselves up the standings. But they say they’re following Nelligan’s directions to ignore outside influences.

“When we take it one skill at a time and are present in our routines,” junior Emma Johnson said, “everything else follows.”

Still, with traditions like Senior Day, there’s a heightened meaning to the routines Maryland practices every day.

Even while fighting for a NCAA tournament bid and trying to do right by the seniors, however, the Terps remain focused inward.

“We want to end this season [and] make memories with one another,” Johnson said. “When we do that, our best gymnastics naturally shines through.”