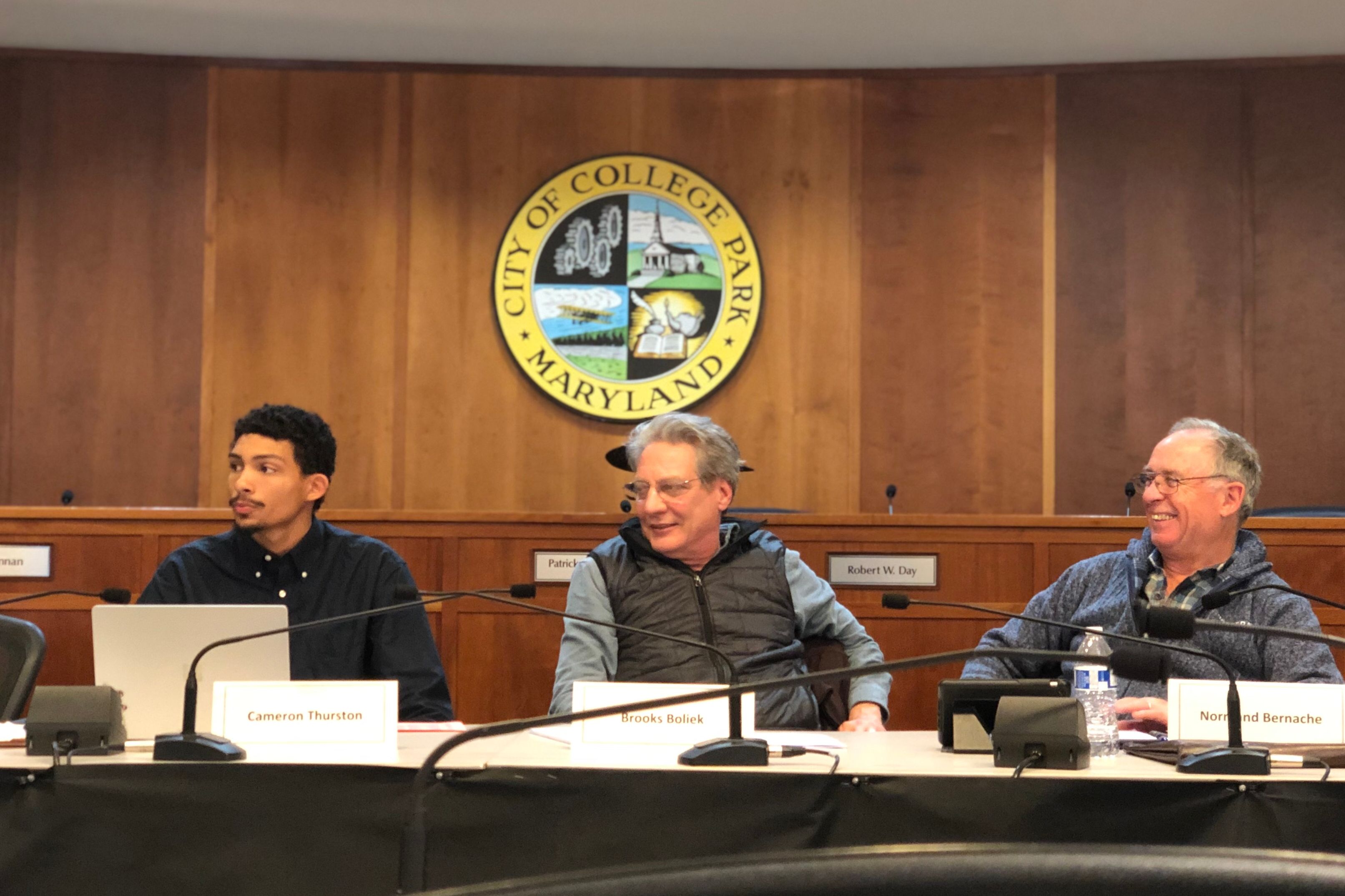 If the College Park City Council extends its members’ terms from two to four years, it might have to re-evaluate the city’s charter further than initially thought, members of the city’s Charter Review Commission realized at their meeting March 4.

The current charter prohibits candidates from running for two positions simultaneously, or from running for a position while they’re still serving in another position. That means a four-year term system with staggered elections would keep current mayors or council members from running for one another’s positions if their terms line up, said commission member Peter King.

Officials in seats that are up for re-election at the same time as the mayor would have an advantage, if they wanted to run for the office. Any prospective mayoral candidates and those on the other half of the council would have to finish their term and wait another two years before running.

“It would work,” King said. “It would, however, work [in] unfairness to four members of the council and work in advantage to the incumbent mayor.”

That unfairness, members said at the meeting, would likely force them to re-evaluate the city charter — though they don’t yet know how they’d address the problem.

“Right now, our charter doesn’t contemplate anything like staggered terms,” city clerk Janeen Miller said. “But all of this is going to require a charter change. So it’s going to take some thought.”

The city council established the 10-member commission in November. The commission’s task is creating an informal report by soliciting public input on the pros and cons of passing the amendment by May 31. The council initially set exploring longer term limits as a priority more than a year ago.

At Monday’s meeting, the commission discussed the different themes they planned to orient their report around. These included costs, the time it takes for new council members to be fully active, the continuity of members, engagement with University of Maryland students, campaigning frequency and voter participation.

Some commission members hoped to solicit more public comment, such as reaching out to the University of Maryland’s Student Government Association, but were concerned as to how to solicit and consider those opinions while staying objective.

“How is this body supposed to then weigh the views of formal associations instead?” King said. “Is that equal to 50 votes? Or is it just one?”

Hearing from just subsections of the population is the best they can do given their resources, said commission member Virdina Gibbs. Still, the commission can acknowledge that ultimately they’re hearing the loudest voices offered.

“That’s kind of, unfortunately, the beauty and the issue with democracy,” Gibbs said.

The second — and most likely last — public forum will take place Monday at Davis Hall. Residents can still submit a public comment online at the city’s website.