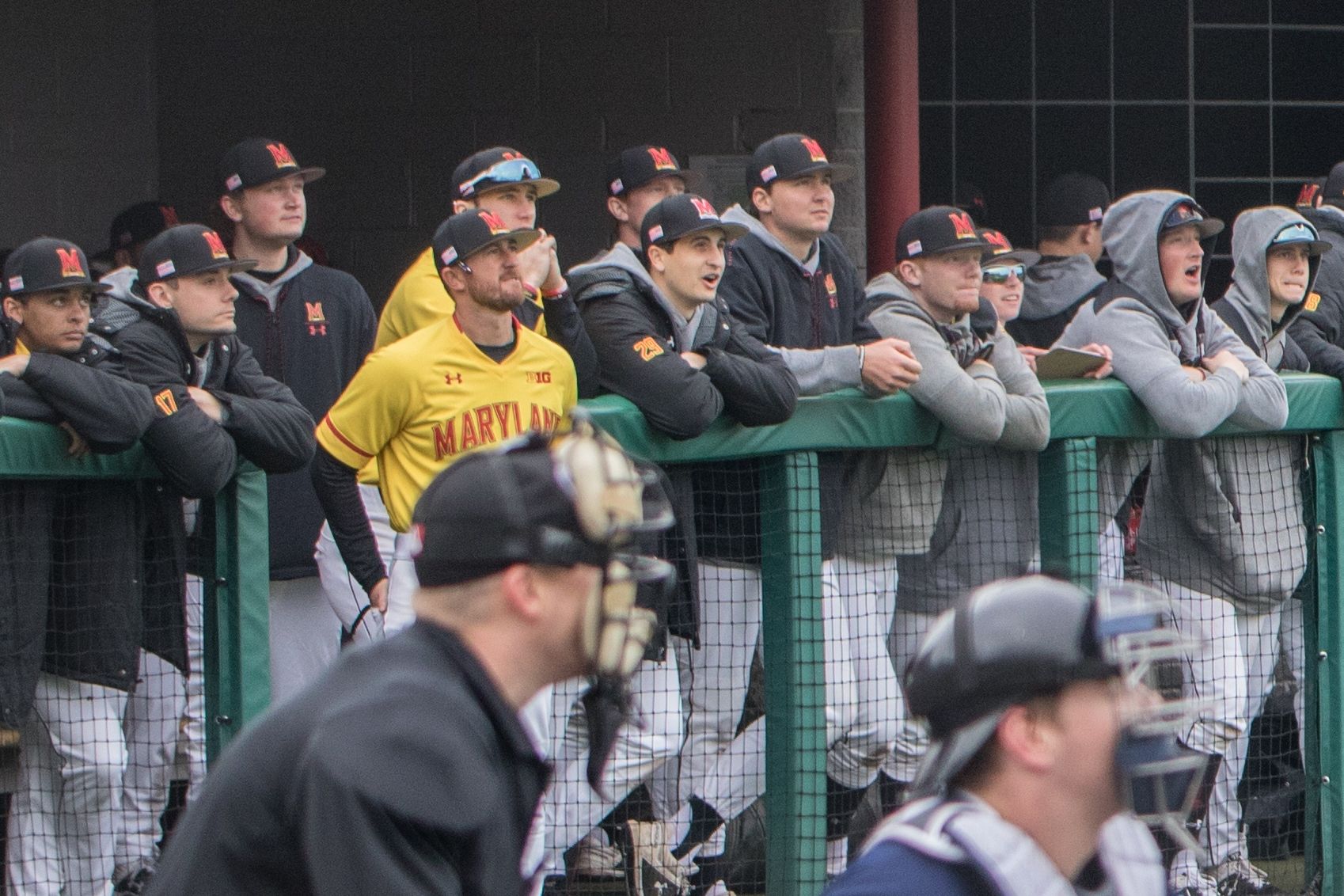 After tying the score in the bottom of the ninth, Louisiana-Lafayette put the winning run in scoring position in the 10th, 11th, 12th and 13th innings. Each time, the Terps kept them from walking off.

But Maryland’s hitters remained punchless, and the Cajuns eventually burned the Terps, winning 4-3 in the 14th inning of the first game of Saturday’s doubleheader at Russo Park.

Louisiana-Lafayette established a 2-0 lead in the second inning. After leading off with a single, right fielder Orynn Veillon stole second and ran to third when catcher Justin Vought badly overthrew the pickoff. Right-hander Zach Thompson then issued a walk to designated hitter Todd Lott, who stole second and scored on a two-run single from third baseman Sebastian Toro.

On the other side, the Terps offense couldn’t get anything going early. Cajuns left-hander Dalton Horton had a perfect game going through five innings.

But second baseman Tommy Gardiner ignited the Terps’ rally with a one-out single in the sixth. Center fielder Chris Alleyne followed up with a triple off the left-field wall to cut the Terps’ deficit to 2-1, and left fielder Caleb Walls executed a squeeze bunt down the first base line to score Alleyne and bring the Terps level.

In the seventh, a pair of doubles from Wright and shortstop Benjamin Cowles put the Terps ahead, 3-2. Right-hander Mark DiLuia relieved Thompson in the bottom half of the frame, stranding a runner at third and tossing a scoreless eighth before giving way to Murphy in the ninth.

Murphy allowed a one-out single and a ground-rule double before issuing an intentional walk — his first free pass of the season — to load the bases. Then, on a 1-1 pitch to first baseman Handsome Monica, catcher Justin Vought couldn’t locate the ball, allowing Cajuns pinch-runner Gunner Bourgeois to bolt home and tie the game.

Two pitches later, Monica appeared to strike out on a ball in the dirt and started to walk back to the dugout, but the umpire called him back out. Maryland coach Rob Vaughn ran out of the dugout to argue the call and was quickly tossed from the game. Murphy proceeded to strike out the next two batters to send the game to extra innings.

In the 10th, Nick Turnbull walked Veillon, who advanced to second on a wild pitch and moved to third on a sacrifice. But on a ground ball from Lott, Wright caught Veillon off the bag at third, and Lott was caught stealing to end the inning.

Leading off the 11th, third baseman Jonathan Windham reached on an error by Cowles, advanced to second on a wild pitch and was bunted over to third. Nathan Camp tried to squeeze him home, but Vought snared his bunt and tagged Windham out. After Zoellner walked Breaux to extend the inning, Monica grounded out to end the threat.

In the 12th, Maryland couldn’t take advantage of a leadoff double by Wright. Zoellner hit Veillon in the bottom half, but struck out the side to preserve the tie.

The next inning, Maryland used two more pitchers — right-hander Will Glock and left-hander Sean Fisher, their fifth and sixth relievers of the game — to get out of a one-out jam with two men on. Cowles speared a line drive off the bat of Breaux, and Alleyne saved a potential game-winning run with a spectacular diving grab that sent him crashing into the center field wall.

But the Terps’ luck ran out in the 14th. Fisher hit Lahare to lead off the inning, and an errant pickoff throw moved him to second. Cantrelle hit a ground ball back to the mound, but Fisher tried to get the out at third and couldn’t beat Lahare.

After an intentional walk, Windham hit a 1-1 pitch to Cowles, who bobbled the ball and couldn’t get the out despite playing in. The Cajuns piled on Lahare at home as the Terps walked off the field and prepared for the nightcap.