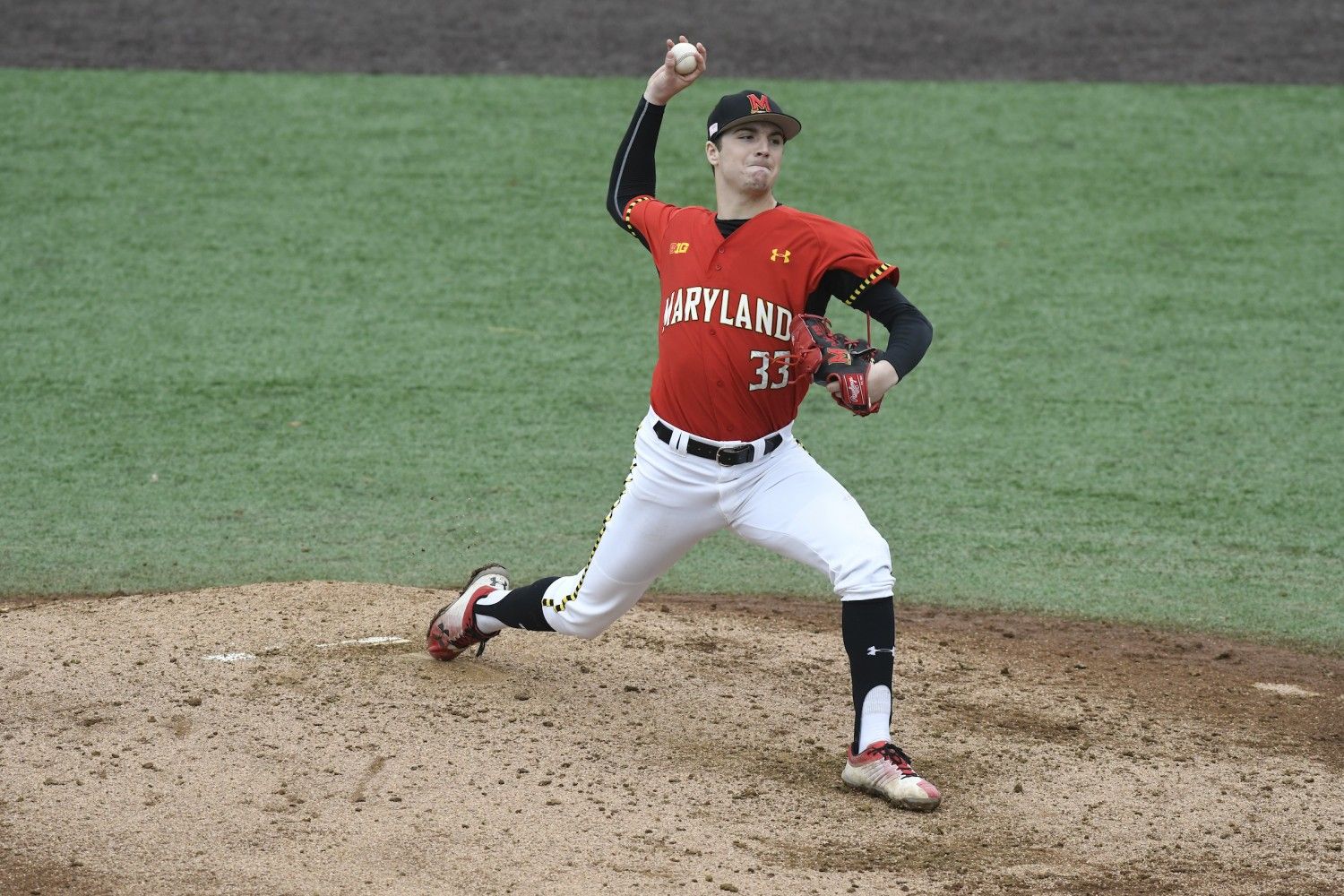 Entering the nightcap of Saturday’s doubleheader against Louisiana-Lafayette, Maryland baseball’s bullpen was gassed.

The Terps had used seven relievers in the first game of the day, a 4-3 loss in 14 innings, and they were counting on freshman right-hander Trevor LaBonte to deliver a solid start.

Even with LaBonte twirling six shutout innings, the overextended bullpen came back to haunt Maryland, as Louisiana-Lafayette put across two runs in the bottom of the ninth to deal the Terps a 2-1 defeat at Russo Park.

Three of the relievers that coach Rob Vaughn used in the rubber match had pitched earlier that day — right-handers Mark DiLuia and Sean Heine, and left-hander Andrew Vail. DiLuia walked the sole batter he faced in the eighth, Vail walked the first man he faced in the ninth, and Heine recorded only one out before the Cajuns walked off on a throwing error by first baseman Kody Milton.

While Louisiana-Lafayette had just three hits, Maryland issued eight walks and hit two batters to give the Cajuns plenty of opportunities.

Milton manufactured the Terps’ only run in the fifth. Catcher Sebastian Holte-Mancera led off with a single, his first hit of the series, and second baseman Tommy Gardiner roped a double to send him to third. Milton bunted Holte-Mancera home on the next pitch.

A second squeeze play went awry when center fielder Chris Alleyne’s bunt attempt popped up for the second out. Left fielder Caleb Walls ended the inning with his sixth strikeout of the series.

After retiring the first nine hitters he faced, LaBonte scattered five baserunners — two walks, two hit batters and a double — over his next three frames. He induced a popup from right fielder Orynn Veillon to strand a runner at third in the fourth inning, then got a groundout with two men on in the sixth.

LaBonte didn’t have much leeway, as the Terps couldn’t capitalize on several other chances to score.

In the fourth, two singles and a walk loaded the bases with one out for shortstop Benjamin Cowles, who ended the threat by lining into a double play. Three innings later, Maryland again had the bases full with one out again, but Walls and right fielder Randy Bednar went down on strikes to keep the game close.

The Cajuns threatened in the eighth after freshman reliever Daniel O’Connor walked a batter and allowed a sac bunt to move the runner into scoring position. A passed ball pushed pinch-runner Gavin Bourgeois to third before Vail fanned first baseman Daniel Lahare and forced designated hitter Jordan Wiley to ground out.

With two outs in the ninth, the Terps had another shot at an insurance run, but with runners at the corners, Walls struck out for the fourth straight at-bat.

After Vail started the ninth inning with a four-pitch walk, Vaughn pulled him for Heine. Catcher Justin Vought overthrew first base on a bunt by Hayden Cantrelle to put two Cajuns on with no outs.