UMD SJP: Birthright trips are nothing more than propaganda 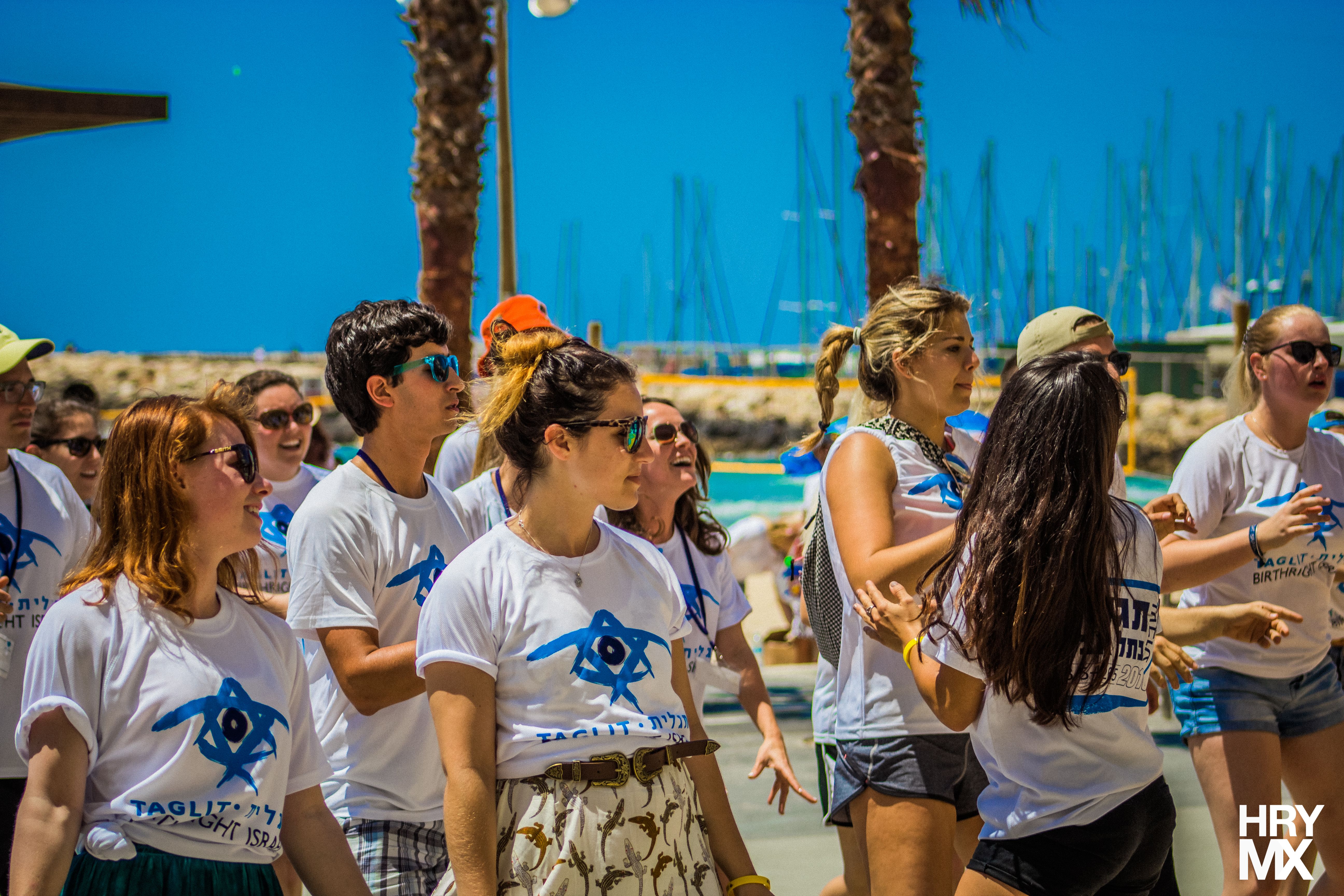 A group of people on a Birthright Israel trip. Photo courtesy of HRYMX.

A version of this guest column first appeared on the University of Maryland Students for Justice in Palestine’s Facebook page.

Recently, you may have encountered flyers around campus or an event on Facebook with the heading “SIGN OUR PETITION TO BRING A PALESTINIAN SPEAKER ON BIRTHRIGHT,” or “Birthright Call-in & Text-in,” sponsored by J Street UMD. The campaign appears to make a broad appeal for inclusivity and equity with regards to Birthright trips; J Street UMD claims that both “Palestinians and Israelis” should be given this space to share their experiences on what the flyer refers to as “the Israeli occupation.”

J Street UMD and other Zionist organizations on the campus have recently been adamant about this notion of Palestinian representation. However, we at Students for Justice in Palestine recognize that any forum for Palestinian expression cannot be genuine within an unequal power dynamic.

“Birthright,” or “Birthright Israel,” is an American not-for-profit that offers free trips to Israel for young Jews. It was started in 1999 as a way to bolster Jewish engagement with Israel (i.e. tourism) and give Jews a sense of “connection to Israel.” The trips claim to be educational in nature, but the lessons provided are a coordinated effort to connect the narratives and lifestyle of the Jewish people with the fate of contemporary Israel.

Since Israel declared its independence in 1948 with the seizure of land and forced removal of over 750,000 Palestinians, the diaspora has been unable to return to Israel-proper, with about 7 million multi-generational refugees living in exodus today. The fact that, less than 20 years ago, a few rich philanthropists decided to give young Jews a free vacation to Israel and call it a “birthright,” while the Israeli government refuses to acknowledge the internationally recognized right of return for Palestinian refugees, is shameful and should have no contemporary support.

The fundamental problem with this deeply flawed campaign is that Birthright, at its core, is a spectacle of American wealth and privilege. Using a token Palestinian to whitewash the trauma of occupation under the supervision of Zionist censorship and in front of a group of indifferent teenagers is misdirected energy at best, and the normalization of apartheid at worst.

J Street is an American “pro-Israel” political organization that posits itself as the “nuanced” alternative to the “extreme polarization” of pro-Israel and pro-Palestinian groups. J Street, along with its campus wing “J Street U,” have listed principles that are centrally concerned with the “long-term interests of Israel,” which make it clear that their desire for peace in the region is geared toward maintaining the status quo.

Our interpretation of J Street’s Israel-centric approach to this issue is that they believe Palestinians are humans, unless they have the audacity to strive for equal rights and justice. J Street vehemently opposes the Boycott, Divestment, and Sanctions Movement, often referred to as BDS, which is a call from Palestinian civil society to put economic pressure on the Israeli government to treat Palestinians equally. The BDS movement is how Palestinians have chosen to peacefully resist the occupation, and if J Street truly wanted to be allies to the Palestinians, it would respect their method of resistance against their oppressors.

Those who believe that having a “Palestinian perspective” or “voice” will make this Birthright acceptable are sadly mistaken. In response to the racism and propaganda embedded in Birthright, a grassroots campaign called #ReturnTheBirthright was formed by and for “Birthright-eligible Jews” to pledge not to go on the trip, and instead recognize that it is “fundamentally unjust” to accept a free trip to Israel while the Palestinian refugees are barred from returning home.

The petition circulating at UMD is one of 30 spearheaded by J Street U on campuses all across the country. This act of performative solidarity — merely giving a Palestinian a controlled platform on Birthright — ignores and waters down the genuine call from Palestinian civil society to boycott Israel’s apartheid institutions entirely. J Street and J Street UMD continue to advocate for the “Palestinian voice” only on their terms, whether that be on a “Birthright” trip or in a heavily imbalanced “dialogue” with other Zionist organizations.

As grassroots pro-Palestinian advocates, we find it incredibly frustrating that our “pro-peace” contemporaries are unable to see how offensive it is to advocate for the “Palestinian perspective” on an excursion that purposefully erases their right to dignity and self-determination.

Students for Justice in Palestine is a group of university students, faculty, staff and community members that promotes justice for Palestinians. Contact the organization at umdsjp@gmail.com.