Delivering Venezuela aid shouldn’t be a selfish act for the U.S. 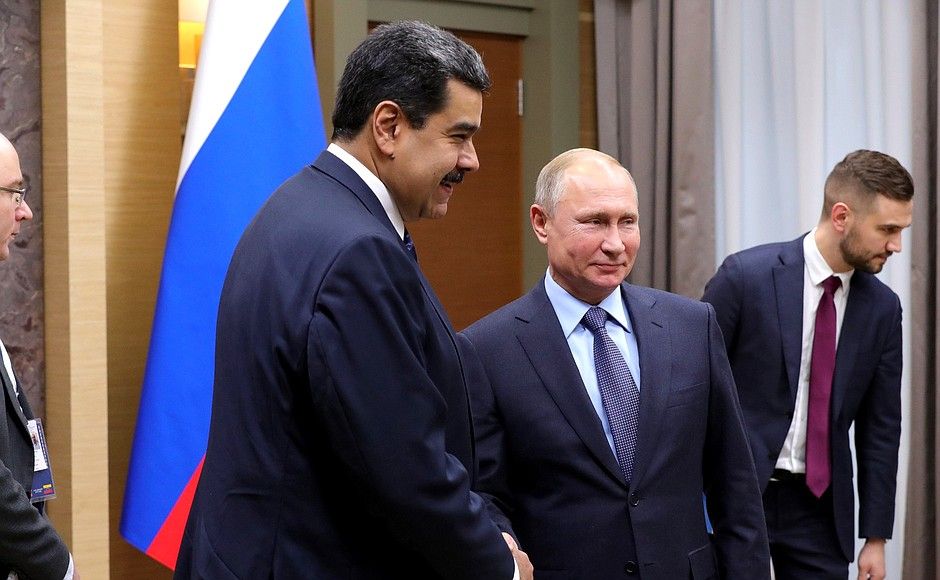 For better or for worse, people don’t normally give aid without strings attached — whether it is economical, political or even cultural. The cultural strings that come with foreign aid are more subtle, yet can often be much more invasive.

Venezuelan President Nicolás Maduro made a statement about the United States’ humanitarian aid that mirrors this sentiment: “The package is nice on the outside, bringing humanitarian aid. But on the inside there is the poison of humiliation.” If you take Maduro’s statement at face value, he paints a picture not unlike the Trojan Horse — a maneuver he would risk deadly protests to avoid.

Of course, it’s not that simple. Maduro’s refusal of U.S. aid involves a number of factors, namely a history of protests against his leadership and Washington’s recognition of Juan Guaidó as the president of Venezuela. In fact, Maduro accepted aid from Russia, one of his supporters. For Maduro, it’s a matter of pride and of power.

Accepting aid from the United States comes with strings. Maybe, as Maduro asserts, that’s in the form of humiliating the Venezuelan people; much more likely, it’s his own humiliation and the threatened legitimacy of his reign.

For the United States, it seems as much a political move as a humanitarian one. With violence sparking on the Venezuela-Colombia border — Venezuelan soldiers have fought protestors and U.S. aid trucks — the move comes with sacrifice as well.

It’s hard to find a “right” answer in this situation. If the United States scrapped its plans to deliver aid and left Maduro to pick and choose the aid he would accept (such as the 300 tons Russia delivered in medicine and other aid), it would spare the several dead and hundreds injured at the border. By continuing to send aid shipments, though, more food and supplies will reach the Venezuelans who need it, and Maduro’s political power will continue to decline — all while the United States gets to look like the hero.

An often overlooked factor when it comes to foreign aid is attitude, which is not always positive. Intentional or not, inherent self-righteousness and ethnocentrism often fuel these acts of “altruism.” So while Maduro’s refusal of U.S. aid is most likely an act of political self-preservation, it’s hard to believe he isn’t resisting U.S. nationalism and “first-world” countries’ superiority complexes as well.

This aid is similar to “voluntourism.” While this phenomenon is popular among young adults looking to do service in other countries and experience new cultures, many have called into question the helpfulness of the companies, religious groups and individuals that organize these programs. Sometimes, the needs and values of the community are lost in the sea of Western objectives. At its worst, the “service” is distinctly condescending or even harmful.

All of this is not to say that we should stop volunteering or that sending humanitarian aid is bad. Rather, we just need to be more aware about the political and cultural implications it has and the inherent strings that are attached. We need to consider how our attitudes can impact the way the aid is received and the bonds it can create or break between two countries. It’s not a relationship between a victim and a hero — it’s a partnership between brothers. Sending aid isn’t being a savior — it’s being human.