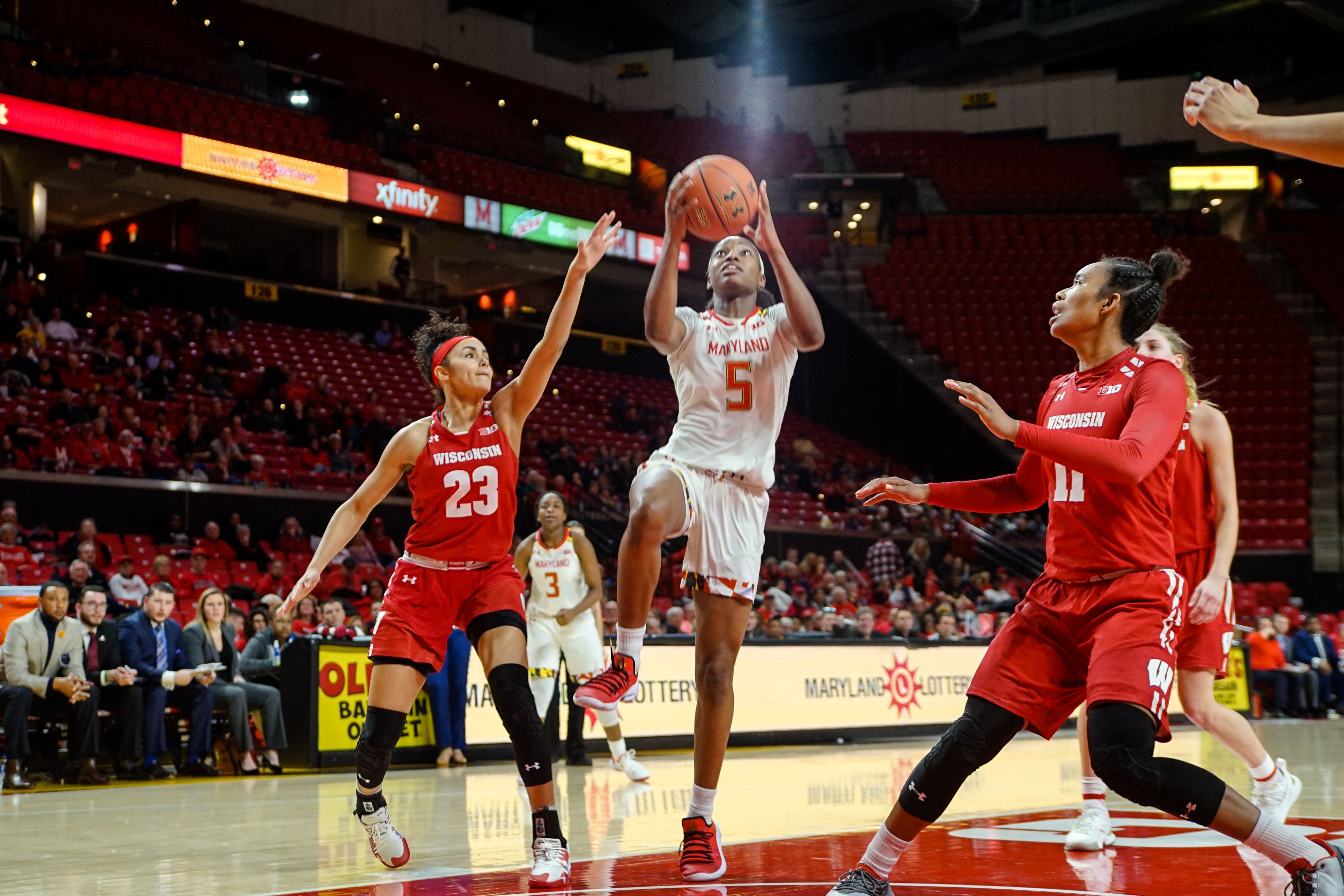 Guard Kaila Charles leaps for a layup during Maryland’s 75-57 win over Wisconsin at Xfinity Center on Jan. 31, 2019. (Corey Hart/The Diamondback)

Guard Kaila Charles was also named Big Ten Player of the Week for her role in the Terps’ 71-69 comeback victory over Minnesota on Thursday. It’s the second time the Glenn Dale native has received the honor in her career.

In the win over the Golden Gophers, Maryland (24-3, 13-3 Big Ten) trailed by as many as 16 points after the break, but Charles would not be denied. The junior scored 29 points — 21 after halftime — on 13-for-23 shooting, including the game-tying and winning buckets in the waning seconds.

In addition to delivering a season-high scoring output, Charles chipped in eight rebounds and three blocks to power the Terps. Maryland trailed 69-62 in the final minute, but a 9-0 run to close out the game — six points of which Charles contributed — allowed Maryland to avoid a second loss in as many matchups.

For the second week in a row, only one other Big Ten team appeared in the poll.

Iowa — which beat the Terps, 86-73, on Feb. 17 in the squads’ only meeting this season — fell two spots to No. 12. The Hawkeyes lost 75-73 against Indiana in their lone contest last week, and with the upset defeat, Maryland is a game up in the conference standings at 13-3 in the Big Ten. Minnesota and Rutgers also received votes in Monday’s poll.

The Terps can win their fourth Big Ten championship in five tries by going 2-0 in their final two games, beginning with the squad’s penultimate game of the regular season against Purdue (17-12, 8-8) on Monday.