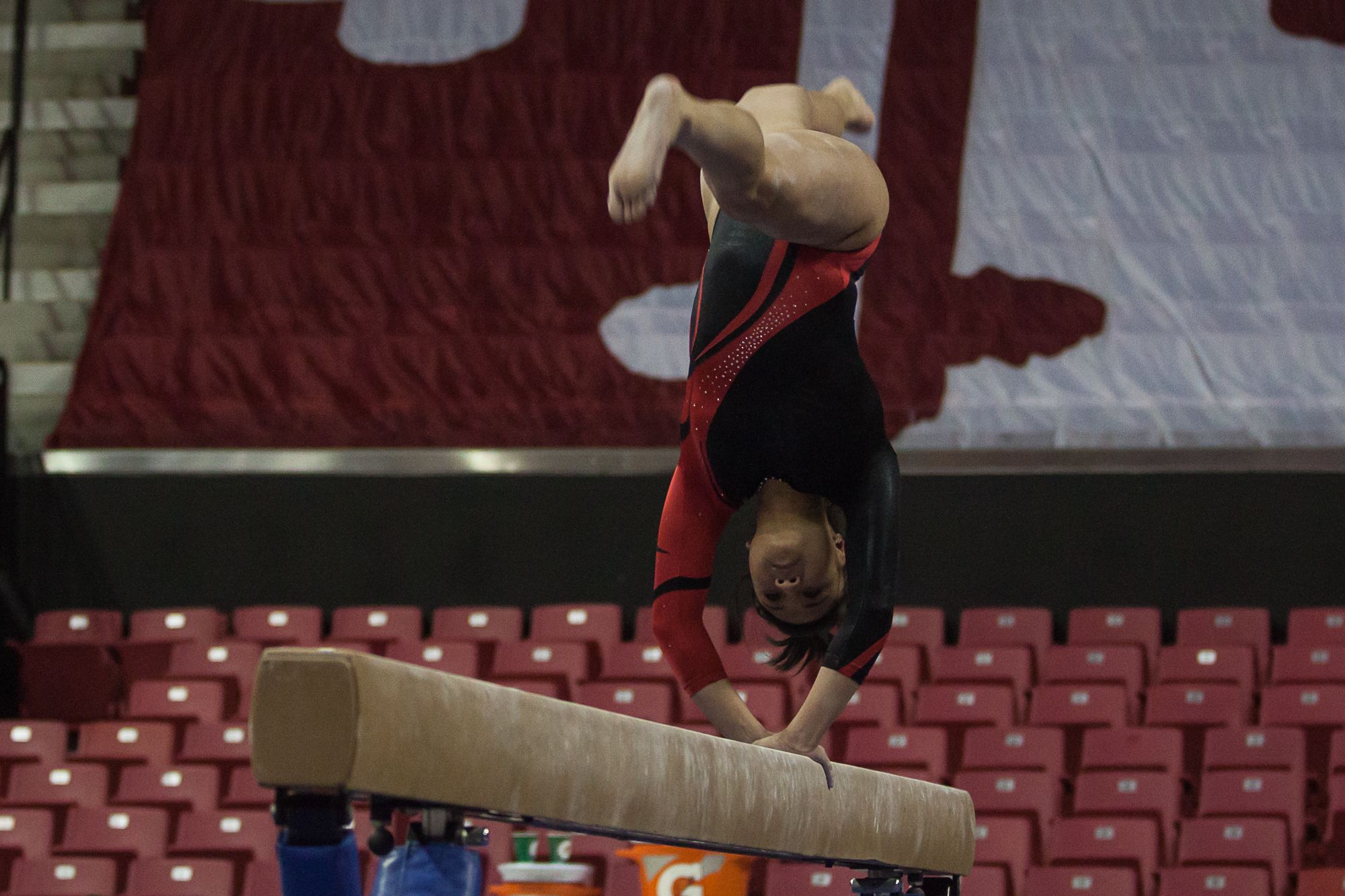 It’s been more than two decades since Maryland gymnastics reached the biggest meet in college gymnastics.

So the Terps have very little experience with podium competitions — usually reserved for high-level championships and the Olympics — in which an elevated stage offers a different feel compared to the usual meet settings the gymnasts have performed in for most of their lives.

Ahead of the Big Five meet on Friday, in which Maryland will take on four other Big Ten squads, the Terps are eager for the chance to experience a top-quality meet staple.

“We look forward to this meet every year,” Nelligan said. “[This season] it’s on podium, there’s going to be a great crowd there — it’s going to be awesome.”

The podium setup offers gymnasts a softer surface to land on and is easier on their bodies but can also make it harder to control landings.

That all makes it a significantly different feel than any of their previous meets, including last week’s loss to No. 16 Minnesota. The Terps broke 195 for the third consecutive meet against the Golden Gophers to build momentum midway through the regular season.

And facing No. 15 Nebraska and No. 24 Penn State along with Iowa and Michigan State provides the team a preview of postseason competitions featuring multiple highly ranked squads.

“This is my first meet on podium … and [we’re] going against a lot of bigger schools,” freshman Sanya Glauber said. “I’m very excited.”

In last season’s Big Five Meet, the Terps were buoyed by strong performances from Audrey Barber, Alecia Farina and Kirsten Peterman. They pushed the team to a 195.7, its highest Big Five score since joining the conference.

Maryland will be hoping for similar performances from the trio after all three scored 9.85 or above on bars, with Peterman’s 9.875 pacing the team.

With junior Tiara Wright unavailable due to illness, the Terps relied on seniors Alex Robinson and Shynelle Agaran to replace her production. Both of them delivered, as Robinson earned a career-high 9.825 on bars, while Agaran posted a 9.775 on beam in her season debut.

“Alex Robinson and Shynelle Agaran both really stepped up to the plate and … got great scores,” Wright said. “Overall, the team just did a phenomenal job.”

Robinson and Agaran’s performances, coupled with Wright’s impending return for Friday’s meet, could give the Terps a further boost as they aim to continue their progression.

And having the Big Five Meet on podium adds an extra buzz to the meet that determines placement for the Big Ten Championships.