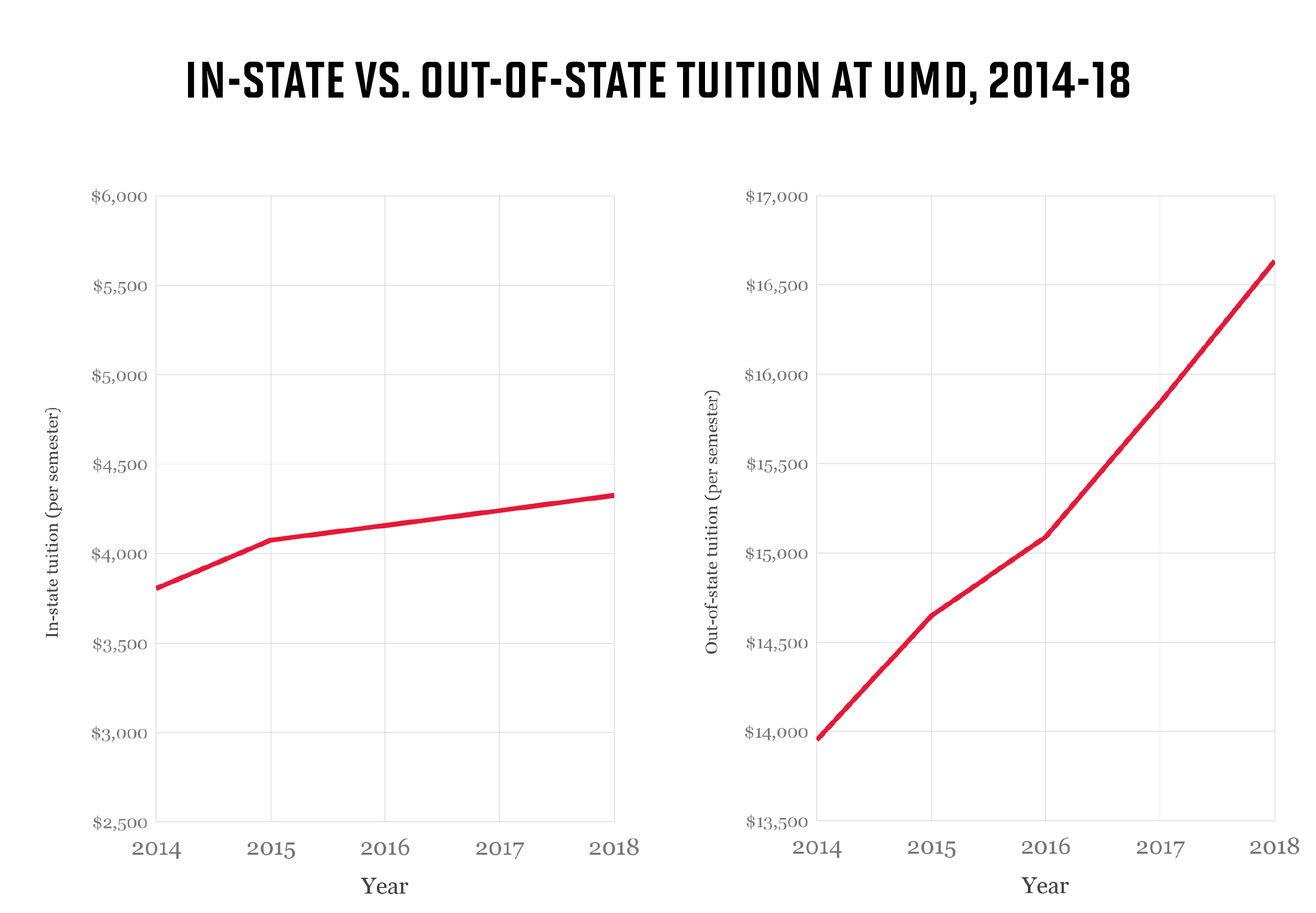 Recently released audits have revealed in-state tuition breaks may be given incorrectly to some students at Maryland. In just one small sample of 20 residency situations, auditors found that the University of Maryland Eastern Shore falsely gave in-state rates to four students, resulting in about $78,000 of lost revenue.

While these incidents pose many questions about how residency classifications are determined and how these improper tuition breaks may be affecting university finances, it also should make us ask: Is the in-state and out-of-state tuition division helping our students or doing them a disservice?

Though some enjoy staying close to home to be near family or maintain friendships with high school friends, it can be good for others to experience a different part of the country and be pushed out of their comfort zone. In one study about how students decide which university to attend, 18.6 percent of students cited cost-of-attendance as the number one reason they chose to not attend their first-choice college.

College is a time to grow personally, socially and academically. Your financial situation and the state your parents choose to live in shouldn’t dictate which opportunities are available to you. Especially now, when outstanding student loan debt totals over $1.5 trillion nationwide and has been rising, something needs to be done to ensure the affordability of college for students without having to sacrifice the opportunity to grow and study outside of their home state.

In some states, the rate of students attending colleges out-of-state becomes a burden on taxpayers. Fall 2016 numbers from New Jersey showed that over 31,000 high school graduates chose college out-of-state, while only about 4,300 students from other states chose to attend college in New Jersey. This creates a problem for residents who pay taxes into the state universities but see a staggering net loss of students and very little return on that investment when they end up having to pay out-of-state or private tuition rates for their own children.

The key to equalizing opportunities for our students is finding that balance between a more uniform tuition structure for public education and the educational autonomy that colleges need in order to maintain a high academic standard and political integrity. Realistically, there is no perfect solution, but something needs to be done in order to reach a compromise that will better support our students. Whether we see this change take the form of cutting the cost of out-of-state tuition or federalizing the cost of offsetting public education costs, we need change now — the future of our nation’s students depends on it.