The left needs to turn its principles into policies 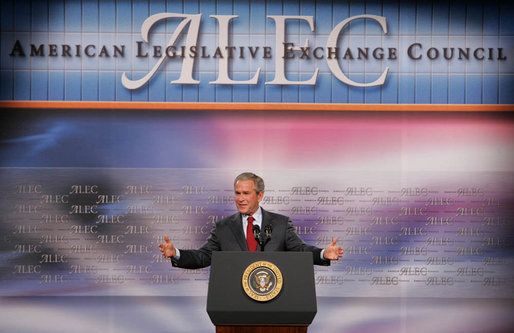 For socialists, social democrats and other people to the left of the mainstream Democratic Party, Maryland’s current legislative session is the most exciting in recent memory. Two bills in particular, authored by freshmen Democratic Socialists of America-affiliated lawmakers, give this session a rosy tint.

One bill, introduced by Del. Vaughn Stewart (D-Montgomery), would pilot a social housing program in Maryland, creating affordable, government-owned housing that caters to residents of diverse socioeconomic backgrounds. Another, proposed by Del. Gabriel Acevero (D-Montgomery), aims to create a social wealth fund program that would increase the portion of Maryland’s wealth owned by the state and pay an annual dividend to every resident.

Both of these bills are great. Lower rents and a yearly check from the government; what’s not to like? But what excites me most about this development is that it reveals an emerging left policy infrastructure.

Stewart and Acevero were inspired by the People’s Policy Project, a nascent, crowdfunded socialist think tank. In 2018, PPP founder Matt Bruenig wrote a social wealth fund paper and a social housing paper (with Ryan Cooper); in 2019, both ideas made it to the Maryland General Assembly.

But there’s another step to the policy development process where the left infrastructure is even less developed: turning policy concepts into legislative language. An insurgent young lawmaker might arrive at their state house wanting to pursue a groundbreaking left policy without knowing — quite literally — what words to put in the bill.

It is with this gap in mind that I make a friendly suggestion to lefty folks who plan to go to law school: create an ALEC for the left.

The American Legislative Exchange Council is a right-wing, corporate-funded organization that helps state legislators enact conservative policy. The basic concept is quite brilliant: Create model legislation on a vast array of conservative priorities, which can be easily applied to any state. ALEC’s library, which contains dozens and dozens of terrible bills, is publicly available on their website.

Say a new conservative legislator cares a lot about making it hard to vote, but they don’t know how to turn that commitment into legislative language. With ALEC, that person could pull a model voter-ID law from their internet browser, change some of the text to accommodate state law, and introduce a sweeping bill a day later. This isn’t a hypothetical: Governing magazine reports that several states have adopted voter-ID legislation based on ALEC language.

A similar group, the State Innovation Exchange, provides the same service for state legislators in the Democratic mainstream. The left needs alternative institutions. As the insurgent American left continues to elect legislators like Stewart and Acevero, smart and committed lawyers should lay the groundwork for the left’s state-level legislative agenda.

Personally, I’m not going to law school. But many of my friends are, so I have some familiarity with the tension between pursuing a legal career and keeping one’s political values intact. Drafting publicly available model legislation in an ALEC mold would be a productive project for young lawyers with an egalitarian bent.