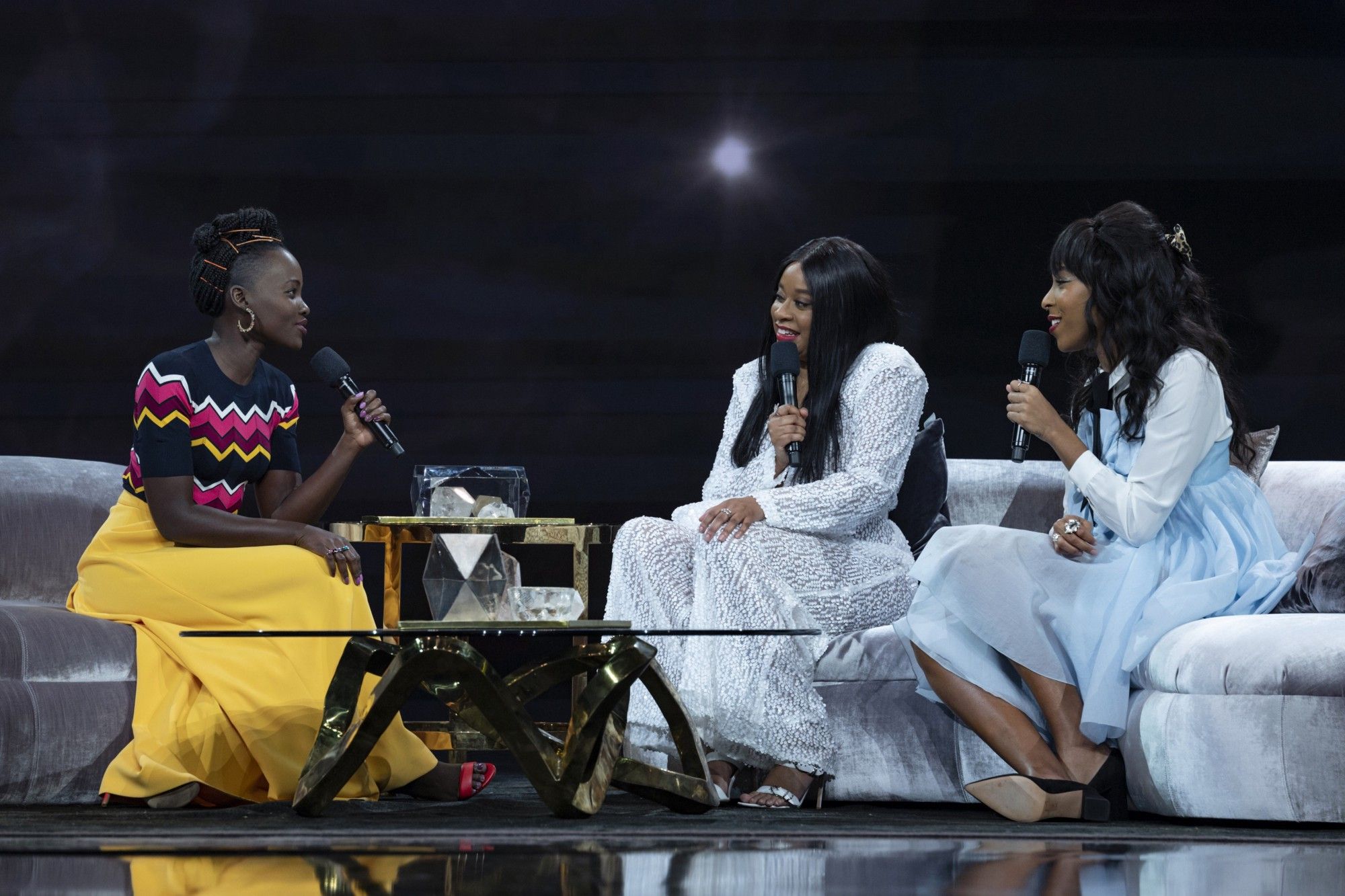 If you’re looking for some amazing comedians who aren’t white men, look no further than the HBO comedy special 2 Dope Queens, hosted by Phoebe Robinson and Jessica Williams. They’re two adorably goofy women with a presence that makes me wish they were hosting The Oscars.

Gracing the stage in their second season premiere, Robinson and Williams come out with matching red lipstick and sleek, sororal outfits featuring large bows. Robinson describes her sequined white jumpsuit as a Cher homage, with “training bra realness at 34.”

Just as they do in their hit podcast of the same name, the pair immediately dive into their seemingly natural witty banter. The theme of the 2 Dope Queens premiere is “Fashion,” so they discuss everything from the tween-oriented Limited Too to their childhood obsessions with Halle Berry.

Janine Brito quickly picks up the reign from the hosts as the premiere’s first guest comedian, discussing why she chooses to dress masculinely in the Trump era.

“This is my survival tactic for this presidency — just to look like a senator’s son,” Brito says.

Brito discusses everything from The Golden Girls to eating Activia yogurt out of a Fleshlight, but her musings on being queer in a heteronormative society were some of the show’s most memorable.

Sitting on a pair of plush silver couches on stage, Robinson casually titters: “Lupipi — can I call you that? Lupipi?”

Nyong’o deadpans back: “Absolutely not.”

The charisma and hilarity of Robinson and Williams shines through — they’re able to comfortably entertain and interview one of Hollywood’s biggest names, yet still manage to land jokes without overpowering their guest. The trio discusses Nyong’o’s upcoming movie, Us, as they compete to see who can do the best box braid on a wig. Robinson and Williams cackle as Nyong’o skunks them with ease.

Bookended by two additional comedians, Jamie Lee and Solomon Georgio each perform their own individual skits. Lee jokes about catcallers being slightly more respectful in the #MeToo era, and Georgio reflects on his days as a “docile homosexual,” which he left behind in the Trump era.

“No one deserves my niceties ever again,” Georgio says.

While Lee and Georgio generate a few chuckles, they can’t quite sustain Brito’s momentum, which testifies more to just how strong her opening is.

Although each bit stands well alone, the transitions aren’t always as fluid as they could be. But the bold, vivacious personalities of Robinson and Williams make any criticisms or flaws irrelevant.

The hosts’ commanding, unapologetic, back-and-forth style of joke delivery just makes you wish you had each one of them on your shoulders, narrating your everyday life. It’s a mystery why they’re sidelined to four-episode seasons on HBO, while late-night comedy is dominated by an array of comedians of the same race and gender.

Perhaps a change is underway.

By the end of the premiere, Robinson and Williams have lived up to their hype by proving they are queens who are, in fact, quite dope.