Graduate assistants are students and employees. 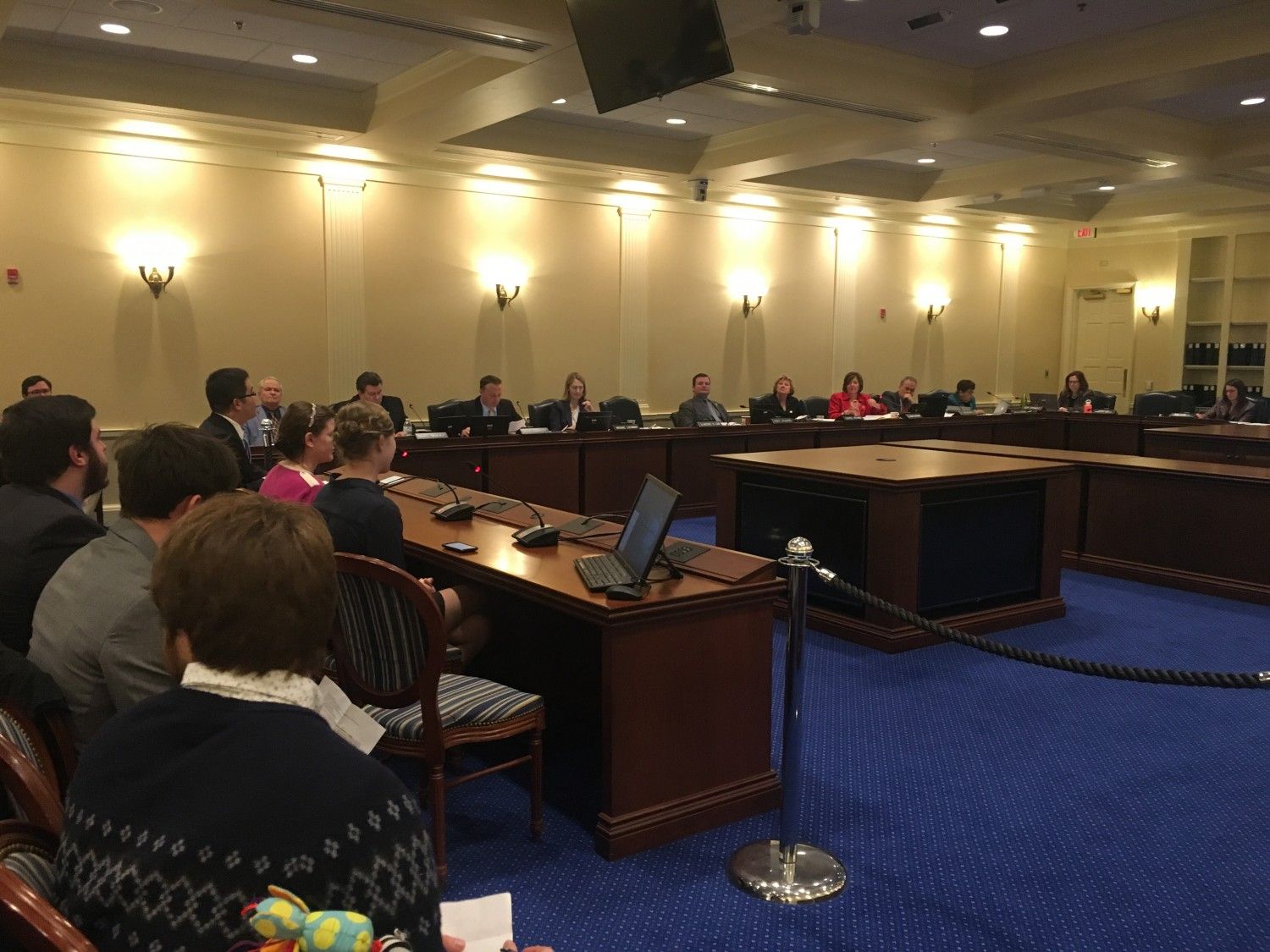 University of Maryland graduate students gather in Annapolis to deliver oral testimony on Tuesday, Feb. 6, 2018, on a bill that would allow collective bargaining rights to graduate assistants. (Angela Roberts/For The Diamondback)

It’s February, and you know what that means: the Maryland General Assembly is back in session! As the state’s legislative body reconvened, we began another round in the long fight over labor protections in the University System of Maryland. Bills will be heard in both the House of Delegates and state Senate to give graduate assistants at public universities employee status, which would grant GAs the legal right to form a union and collectively bargain with the university.

I support this legislation and have written about its merits in the past. The bill, if enacted, would ameliorate unjust labor conditions affecting GAs, while, at the same time, making our state’s public universities more appealing to talented prospective graduate students.

But in this column, I want to dig deeper on one of the university’s favorite arguments against granting GAs collective bargaining rights — the “GAs are students first” argument.

University President Wallace Loh articulated this case last year, explaining, “It’s a fundamental philosophical principle that [GAs] are, first and foremost, students and not employees.” Steve Fetter, dean of the graduate school, echoed this line in testimony, explaining that the bills would transform the teacher-student relationship into a boss-employee relationship.

This argument, to university officials, is a powerful case against expanding labor protections. It’s their ace in the hole, their kill shot. The problem, though, is that it’s profoundly dumb.

To participate in an argument about whether a certain group should be granted employee status, you first have to possess a working definition of “employee.” I don’t think mine will be too controversial: someone who performs labor at the direction of another and receives compensation for that labor.

Based on that traditional definition, it seems pretty clear that GAs meet the standard. GAs perform labor, whether by grading assignments, helping with research or leading discussions. They do so at the direction of the university, and, for that labor, they receive compensation in the form of a stipend.

What’s more, they perform the same kinds of labor — instruction, grading, administrative assistance — for which other individuals receive employee status. So why not codify in the law what’s obvious to any neutral observer: GAs are employees.

Well, here’s where the university’s argument comes in. It argues that because GAs are “first and foremost, students,” they should not also receive employee status. Because GAs perform student activities (writing papers, going to class, etc.) they shouldn’t be legally recognized for performing employee activities (doing labor in exchange for compensation). For this argument to be coherent, a GA’s studies would have to obviate their labor — their status as a student would have to erase their status as an employee.

But why would that be? By what mechanism does being a student make one’s labor disappear? Why can’t a GA occupy multiple roles — a student in some occasions and an employee in others? And if GAs do act as employees at certain times, why shouldn’t they be due the attendant legal protections?

But we would not conclude that because I am “first and foremost” his nephew, as that’s the relationship that’s most important to us, I am no longer his employee. And we certainly wouldn’t say that I’m not due basic rights in the workplace because my boss is also my uncle. But such twisted conclusions are the natural consequence of the university’s bizarre logic.

In its decision, the board wrote, “Statutory coverage is permitted by virtue of an employment relationship; it is not foreclosed by the existence of some other, additional relationship [the student-teacher relationship]…”

This is exactly what we’re talking about. For the board’s purposes, the fact that GAs sometimes occupy an employment relationship with the university is sufficient to activate the legal rights of an employee (namely, collective bargaining). That GAs are also students at the university is secondary.

The state of Maryland should follow the NLRB’s lead and grant GAs employee status, and activists, graduate students and elected representatives should work diligently to expose the university’s favorite argument for the hot air it is.