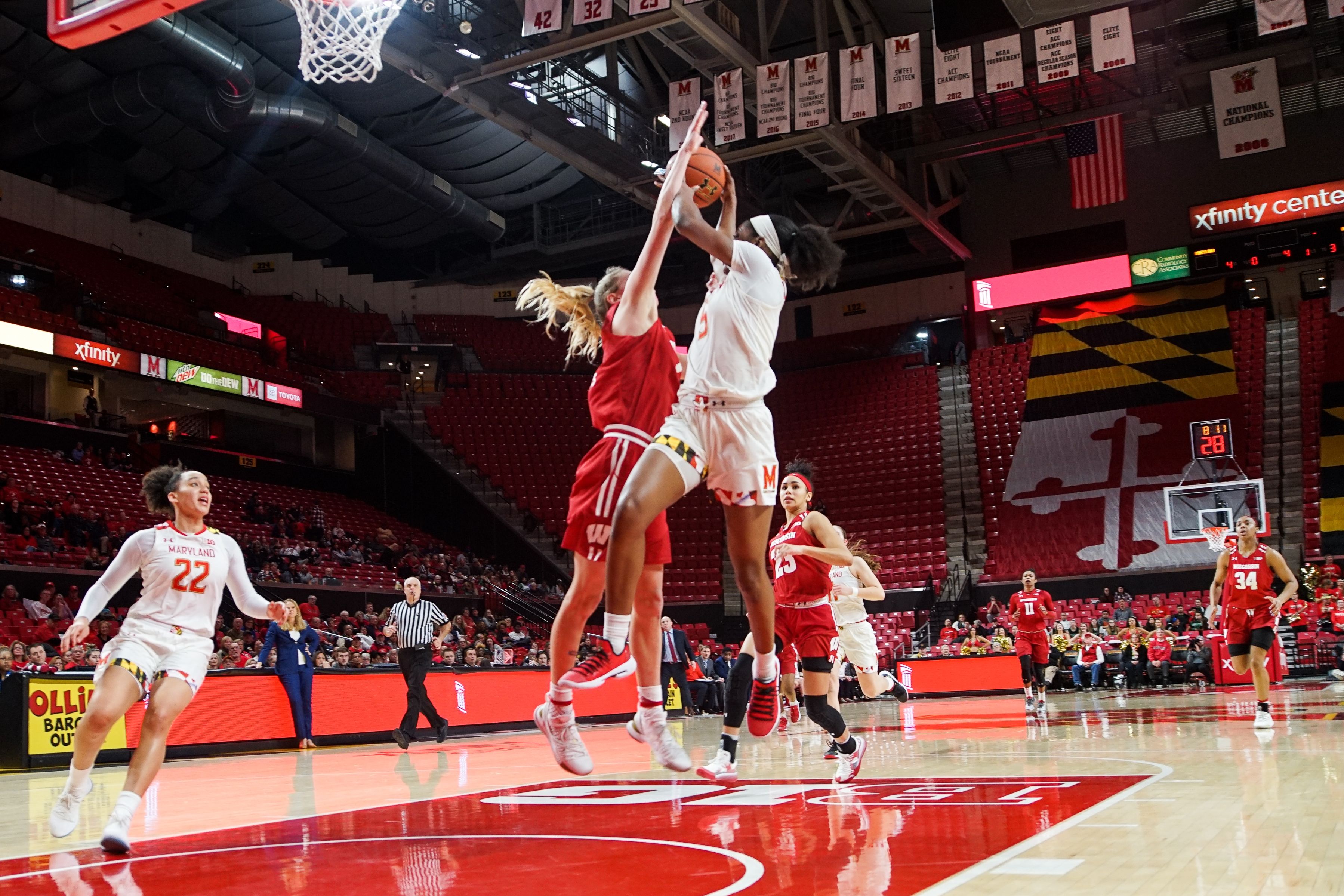 Throughout the season, Maryland women’s basketball coach Brenda Frese has outlined the importance of playing “Maryland basketball,” an identity defined by getting out in transition and scoring the other way.

When conference play began, the team had some trouble living up to that standard. In the Terps’ first eight Big Ten contests, they failed to reach double-digit fast break points six times. In five of those contests, they were outscored in transition.

But No. 11 Maryland has rekindled its early-season success running the floor in its past two games, a 76-56 thrashing of Indiana on the road and a 75-57 home triumph over Wisconsin. With 43 transition points over those contests, the Terps finally appear to be playing the brand of basketball Frese has envisioned.

“It’s who we are,” Frese said. “We have so many weapons when you look at our ability to kick ahead and be able to make plays. So it just comes easier for us and how we’re built as a team.”

In the Terps’ two losses this season, their opponents boasted a combined 37-13 edge in transition, turning what’s usually one of their strengths into a major liability.

Unable to consistently get stops and end their opponents’ possessions after a single shot, the Terps had little opportunity to run the floor.

“It starts on the defensive end,” guard Taylor Mikesell said. “Just getting them to take one shot and get the rebound and done. One-and-done.”

[Read more: Maryland women’s basketball got its dessert, then ate Indiana for dinner]

Maryland has shaped up on the glass recently, winning the rebounding battle in all four games since the loss to the Spartans. But against Penn State and Ohio State, the Terps scored just 17 combined points on fast breaks, and the Nittany Lions and Buckeyes hung around into the second half.

That’s changed in the past two games, thanks in large part to guard Kaila Charles.

Against the Hoosiers, Charles finished with a season-high 25 points, frequently slashing to the rim in the open court. Maryland had 22 fast-break points in the first half alone — which accounted for more than half its scoring — and never let Indiana get closer than 13 after halftime.

In the second half against the Badgers, Charles again turned it on in transition. After Wisconsin pulled within five early in the third quarter, the Terps’ leading scorer led an 8-2 run to provide her side a more comfortable cushion. And a 9-0 run to start the fourth quarter — punctuated by a fast-break layup from Charles — gave Maryland an insurmountable 20-point lead.

“We have to continue to wear teams out,” Frese said. “That’s where you see that separation in the second half.”

The Terps’ renewed full-court play has yielded their two most lopsided victories of the Big Ten slate. With a month left in conference play, Frese would likely appreciate a few more comfortable results to ensure her squad is well-rested for the postseason.

The past two games seem to demonstrate the blueprint for that — Maryland must continue to dominate the glass and enforce its will on the fast break.