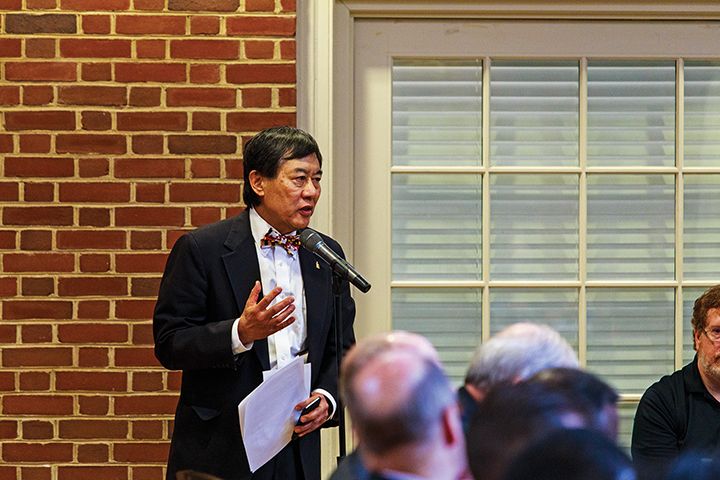 Loh will remain the university’s president until June 2020, a year later than originally expected. Before the system’s announcement Wednesday, the Board of Regents — which has hiring and firing power over presidents in the system — hadn’t indicated that Loh would continue in his position past June 2019, his originally announced retirement date.

“The responsibility of a president, myself included, is not only to do the job when you are the president, but also to ensure a smooth transition moving forward,” Loh told The Diamondback after the announcement.

On Oct. 30, Loh first announced his plans to retire. That day, the regents recommended that former football coach DJ Durkin and athletic director Damon Evans remain in their roles, following the death of football player Jordan McNair from heatstroke suffered at a team workout. One day later, Loh fired Durkin after extensive backlash.

The system will bring on an executive search firm to serve under Attman “in the coming months,” according to a statement published Wednesday. It has yet to outline more specifically when committee members will be appointed, or how many there will be.

The founder of FutureCare Health, which runs nursing homes and rehabilitation centers in the Maryland area, Attman was appointed to the board in 2009 by then-Gov. Martin O’Malley. He’s an alumnus of this university, as well as the University of Maryland law school in Baltimore.

The committee will hold several forums to gain the campus community’s insight. It will “include representatives from the UMCP faculty, staff, students, and alumni,” according to the statement.

The group will recommend final candidates to Chancellor Robert Caret and the 17-member Board of Regents. It’s expected the search will take “up to a year,” the statement read.

The regents will make the final call on Loh’s successor.