After an adenovirus outbreak, UMD cleaned dorms over break — but 600 rooms opted out 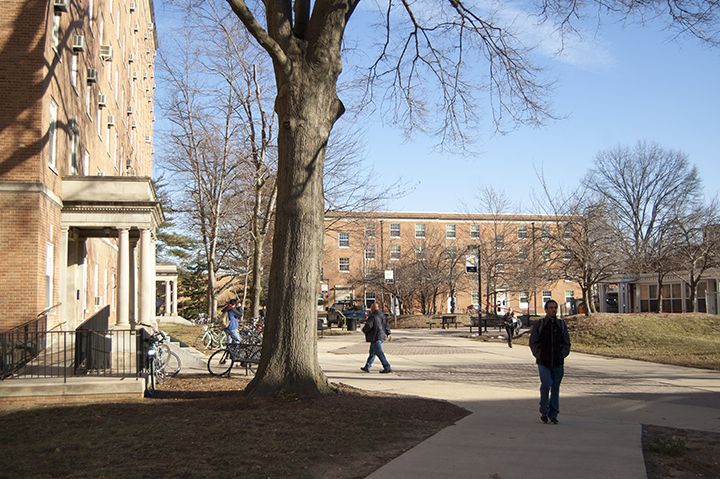 Dorms on the University of Maryland's campus were cleaned over winter break, but some students opted out. (Rachel George/The Diamondback)

As the University of Maryland undertook an “unprecedented” campuswide cleaning effort to combat adenovirus, hundreds of rooms opted out and were not scrubbed down, according to school officials.

While contractors sanitized “frequently-touched” surfaces — such as tabletops, light switches and doorknobs — in roughly 4,600 rooms in on-campus dorms and apartments, about 600 rooms opted out, university spokesperson Katie Lawson wrote in an email.

The cleaning came two months after freshman Olivia Paregol died from pneumonia caused by a serious strain of the virus. As of Thursday, 42 students have contracted adenovirus, and 13 have come down with adenovirus 7, a more severe strain, according to the health center.

[Read more: There have been at least 22 cases of adenovirus at UMD]

In an interview with The Diamondback this week, health center director David McBride emphasized virus prevention, and said sick students should think about returning to campus later.

“If you’re sick, particularly with fever, consider delaying your return to campus,” McBride said. “If you come back to campus sick, you’re likely to share that infection with others.”

No students are currently hospitalized from the virus, Lawson said. At the end of the fall semester, one student was hospitalized.

Paregol, a criminology and criminal justice major, was admitted to the hospital in early November after she did not respond well to antibiotics. She was placed in intensive care, and died Nov. 18.

Paregol lived in Elkton Hall, a dorm that was one of the hardest-hit by a campuswide mold outbreak. But McBride underscored that there is no known tie between adenovirus and mold.

“From our perspective, we’ve seen individuals with mold, without mold, on campus, and off campus with adenovirus,” he said. “So we’ve seen no connection.”